He was part of Ireland’s historic maiden Test against Pakistan last year. He watched their second Test, in Dehradun against Afghanistan, from the commentary box. He’s now excited for their third, as Ireland get ready to make history when they play at Lord’s, against England, a country Niall O’Brien has made a home and career in.

In every role, Ireland’s former wicket-keeper is fully engrossed. It is typical of the older O’Brien. His long international career with Ireland, during which the team transitioned into a Full Member of the ICC, was characterised by just that: plenty of bubbly energy and passion.

He’s carried that into his second innings; in Dehradun, he was game to wear a traditional Afghan shalwar kameez. During the World Cup, as a presenter for ICC digital, he had a knack for making everyone smile along with his infectious enthusiasm. Asked the secret behind his seemingly limitless energy, he says, “Well, that’s me. I am always happy!”

📸: Some scenes from training today at the @homeofcricket.#BackingGreen ☘️🏏 pic.twitter.com/NkMavrRmDT

To sit down and talk cricket with him, one needs to be well-prepared to keep up with all that enthusiasm. In an engaging chat, O’Brien spoke of Ireland’s red-ball prospects, their historic Test at Lord’s on Wednesday, July 24, and the scope for improvement.

On the familiarity factor
I think the conditions will certainly help Ireland at Lord’s. It is going to be familiar to most players, [given some of them have] played there before. Those guys will know the conditions very well.

On their confidence
The boys are going to be confident coming back in July, 100 per cent. It will be a great occasion – a bit of history for Ireland playing a Test match at Lord’s. They have learned a lot and I am sure the coaches will prepare better players. 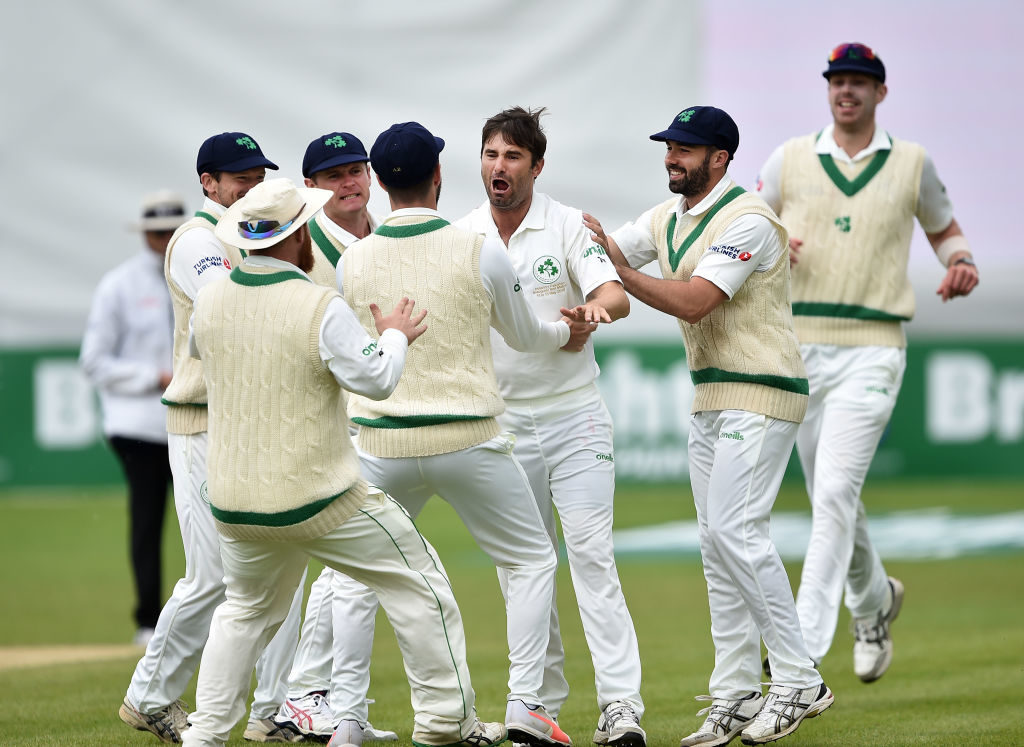 On bowlers’ fortunes
Once again, they will rely on the experienced players. [Tim] Murtagh and [Boyd] Rankin are going to be important with the new ball.

On the lure of the honours board
Paul Stirling is very important, along with Kevin [O’Brien] and [Andy] Balbirnie – those three batsmen are Ireland’s best bats. Having said that, I am very impressed with James McCollum. In the second innings (against Afghanistan), I thought he did really well. He adapted to the conditions well, and he’s got a future. He will have a great chance to get his name in the history books, and maybe one of those top three batsmen will also get a hundred, and get their names up on the Lord’s honours board.

On Ireland’s patterns
There is a similarity in the two Tests that Ireland have played so far. [Each time] their batsmen crumbled in the first innings, they couldn’t find a way of putting up a good total. But they fixed the approach in the second innings [in both Tests] and impressively fought back. However, to be on the winning side, they needed to bat well in the first innings, which they didn’t do.

On the need to be more assertive
In the first innings in Dehradun, the Ireland batsmen made a mistake by being too defensive. Most of the batsmen, a large percentage of them at least, walked out with the idea of not getting out as opposed to trying to score runs. I am a big believer in that [scoring runs]. When you take guard, when you walk to the pitch, your first objective is to score runs – that’s your job as a batsman.