One day you’re the talk of the town, the next you’re lost in anonymity. Taha Hashim speaks to Mason Crane and Amar Virdi to learn more about the peculiar existence of the English spinner. 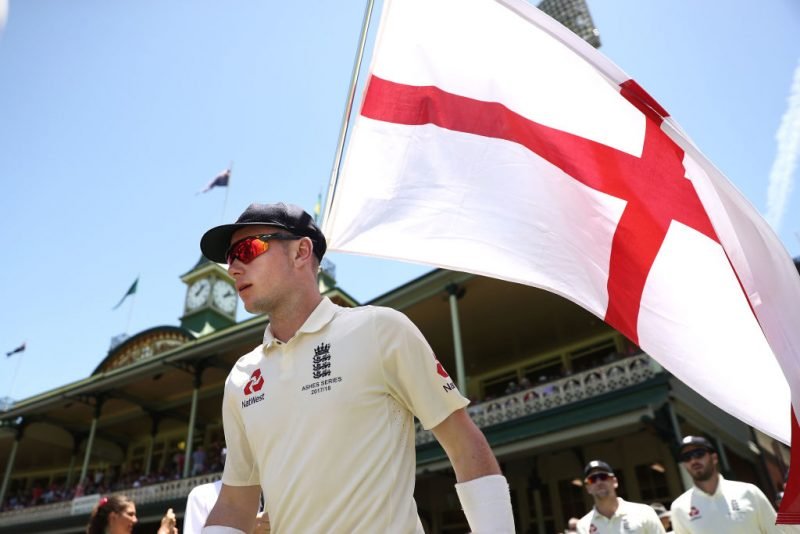 Mason Crane made his Test debut in January 2018

In their brief careers to date, they’ve spun their way to feats most would find fanciful. Crane was English cricket’s golden boy in 2017, a fresh-faced leggie capable of revving it up. A historic appearance for New South Wales in March –  he was their first overseas pro since the great Imran Khan – was followed by AB de Villiers as his maiden international wicket and then a place on an Ashes tour. His Test bow in January 2018 was expensive and premature. On occasion he had to abort from his run-up because he wasn’t ready to rip: a sign of a boy learning but also of significant courage; he wasn’t going to just go through the motions and let fly with hope. There was a level of maturity there that had to be appreciated. There was something about the kid.

Virdi’s breakout came later that year. With an action to appease the purists – loopy flight and gripping turn away from the left-hander – the off-spinner’s 39 wickets helped Surrey to their first County Championship title in 16 years. The backstory warmed the heart, too. As he revealed to ESPNcricinfo, he’d rejected private-school scholarships not only because he didn’t want to board, but because he wanted to keep playing adult cricket. In a system disproportionately influenced by the privately-educated, Virdi had bucked the trend. 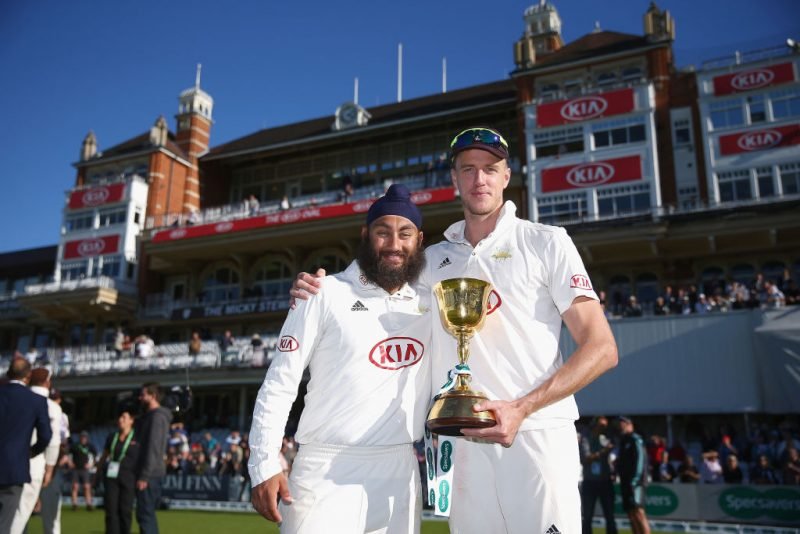 Amar Virdi and Morne Morkel with the County Championship Division One trophy, September 27, 2019

For both, however, dark turns have come early. A back stress fracture followed swiftly after Crane’s Test debut, and an injection got him through a one-day final before the fracture bit back. In 2019 he returned to perform well with the white ball, but his time with the red – six County Championship matches for Hampshire returned five wickets – was disheartening as both his troublesome back and action held him back.

“I could tell you all day how tough it was,” Crane says. “It was tough because I wasn’t fully fit for a lot of it, I couldn’t bowl the pace I wanted to, and I was playing in games I wouldn’t normally have played in.

“At Hampshire we had Daws [Liam Dawson] at the World Cup which meant I was bowling for over-rate a lot of the time. We’ve obviously got big fast bowlers in our team who don’t always sprint through the overs. I bowled 17 overs in a row at Headingley for over-rate. That was my purpose. Intrinsically I know I’m doing my job well and I’ve saved us points, but I know I’m better than what I produced last season. I’m not going to let it get to me. I know when I’m bowling well and feeling fit, I’m good enough.”

Struggling with fitness is one thing Virdi can relate to. In his case, however, it wasn’t him that was making that clear. In July Virdi’s director of cricket at Surrey, Alec Stewart, publicly criticised him for not being in “good physical shape”, leading to his absence from the side’s first nine Championship fixtures.

“The phrase ‘tough love’ was used,” Virdi says, and he accepts that a change was needed. “Generally I’ve been on the bigger side. I’ve yo-yo’d a little and I think I got to a point that something had to be done. For me to have longevity in my career and not just be a quick fix, and to play Test cricket, that’s where I’ve got to be. I think I had to get a grip on things.”

When he did return, having worked closely with Surrey’s strength and conditioning coach Darren Veness, it was triumphant. Against a Notts side imploding on their way to relegation, Virdi took career-best match figures of 14-139 and finished the season with 23 wickets at 19.65. He now finds himself in the red-ball squad for England Lions’ tour of Australia, with Crane in the white-ball set-up.

It’s an accurate reflection of where both are currently at in their careers. Virdi has yet to be spotted with the white ball in hand, which has undoubtedly been of benefit to his displays in the longer form.

“The way the game’s going, you can get distracted financially with plenty of T20 cricket and T10 cricket. For me it’s a good thing that I haven’t really been pushed into making a big impact on white-ball cricket or played loads of white-ball cricket. It’s given me a chance to learn about my art and my skill and get in the best place possible. If I tried to spread myself out too quickly I might not improve at the rate I want to.”

If he was to enter the one-day arena, how would things change?

“I think it could be that I start bowling a bit quicker – whatever the natural stereotypes of white-ball bowling are. My main skills are that I spin the ball big, I flight the ball. That might not be ideal for one-day or T20 cricket. It’s not that I can’t play white-ball cricket; I can, but I think by focusing over the last couple years on one particular thing, that has kept me in a place to become the No.1 spinner at Surrey and play all the red-ball games.”

Crane, on the other hand, has just come back from a stint in the T10 League, but it’s interesting to hear what he’s really looking forward to at The Hundred later this year when his head coach at London Spirit will be Shane Warne, his childhood hero.

"From an international perspective, I feel like my skills are going to be needed in Test cricket, whether that’s at home or overseas"

“Hopefully, he’ll help me with not just the white ball but the red ball, too – that’s a big thing for me to get out of that.”

Crane is desperate to be more than a one-trick limited-overs pony, but it’ll be even tougher to make an impression this summer, with Hampshire calling upon the services of Nathan Lyon as their overseas pro in the Championship. The confidence, however, is quite clearly there, as is the disdain of a schedule that has consigned first-class cricket to the margins.

“If you look at the times games are, what do you want me to do? From an international perspective, I feel like my skills are going to be needed in Test cricket, whether that’s at home or overseas. But it’s difficult when you get three or four games in the middle of the summer – and there’s no guarantee that those wickets are the right ones for me.”

It’s a peculiar life, that of the precocious English spinner.

In November, Crane and Virdi both headed out to Mumbai for an ECB training camp, working alongside Rangana Herath who, it’s fair to say, knows a thing or two about the art. The third English twirler there was Dom Bess, another kid on the comeback trail. After his Test debut in 2018, Bess had struggled as Somerset’s second-choice spinner behind Jack Leach; for game time he’d had to venture up to Headingley last year. Just a couple of months on from the trip to India, he has a Test-five for, has played a significant role in two Test wins and inked his name in for the tour of Sri Lanka in March. That’s what this skill – that few turn to when so much joy can be found by landing the Dukes with the seam upright at 70mph – can do. It can take you from anonymity to the talk of the town in no time. 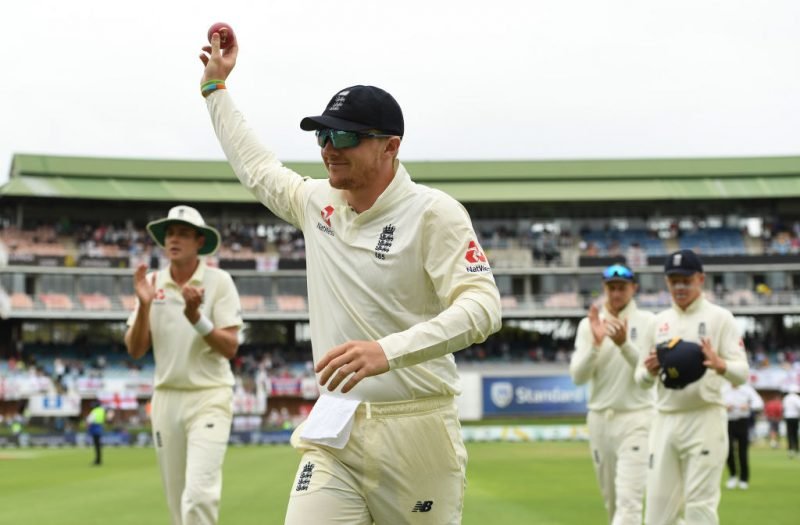 The English obsession to win in Australia will never waver but before the next saga in 2021/22 there’s a five-Test tour of India to contend with, while in the short-term plenty of World Test Championship points are on offer against the Sri Lankans. For Virdi and Crane, there’s the very real possibility they could feature somewhere along this timeline because they’ve made the brave choice. But falter and even life at county level will spit you out. Just think of names such as Simon Kerrigan, Adam Riley and Ravi Patel: men cut from the grind not much long after they’d threatened to do so much more. Even now, to a far lesser extent, Matt Parkinson has become something of a forgotten man on the tour of South Africa, ferrying drinks as he watches Bess’ rise.

The cautionary tales are plenty and while the spotlight can be over-consuming, the key is to remain close if not entirely under it. There’s a final question for Crane that has to be asked. Go back to the first Test cap, handed down by a looming figure of English spin, a regular point of comparison, Graeme Swann. Does he miss being the hyped-up next big thing?

“Of course. If you find yourself in that position, it means you’re doing something right.”

Keep doing something right. Keep yourself somewhere there. Keep there and, as The Bess Story has made clear, you may just find yourself at the top quicker than you’d ever imagined.