Moeen Ali and Adil Rashid believe they play their best cricket for England when operating in tandem.

The spin-bowling all-rounders both started the season out of the Test side before Rashid received an unexpected and controversial call-up for the India series, despite signing a white-ball only contract with Yorkshire in February, and Moeen then claimed the Player of the Match award on his return to the team at Southampton.

Each will have a vital role to play on the forthcoming tour of Sri Lanka and Rashid says being able to bounce ideas off one another has a positive impact on their performances. 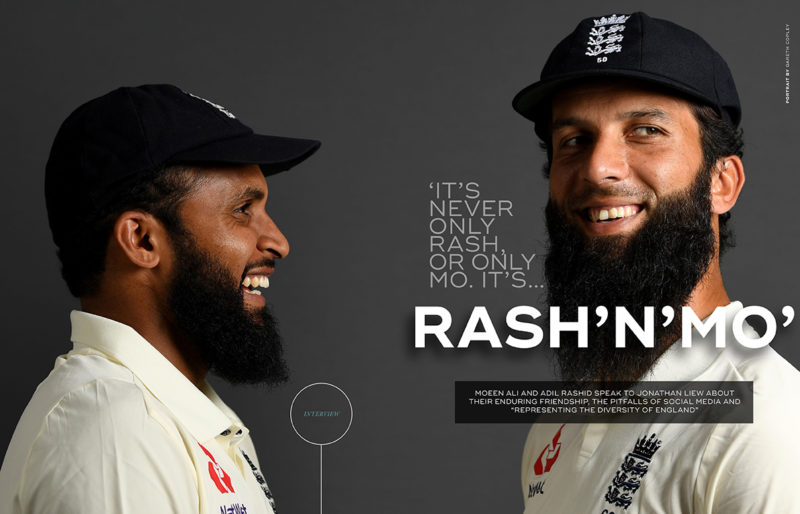 “It’s massive. We both know each other’s games really well,” Rashid tells Jonathan Liew in the October issue of Wisden Cricket Monthly, available to order here. “So we talk a lot on the field about certain ideas we have, or what we should be doing. We trust each other. I know what’s best for him, he knows what’s best for me.”

“When we get picked, we want to be picked together,” says Moeen in a joint interview. “Another thing is, as part of the bowling unit, there’s always four seamers, and two spinners, or one spinner. And even though you’re part of that bowling attack, you’re not really one of them. When you have two spinners, there’s two of you and four of them. It’s six, but… there’s somebody else on your side.” 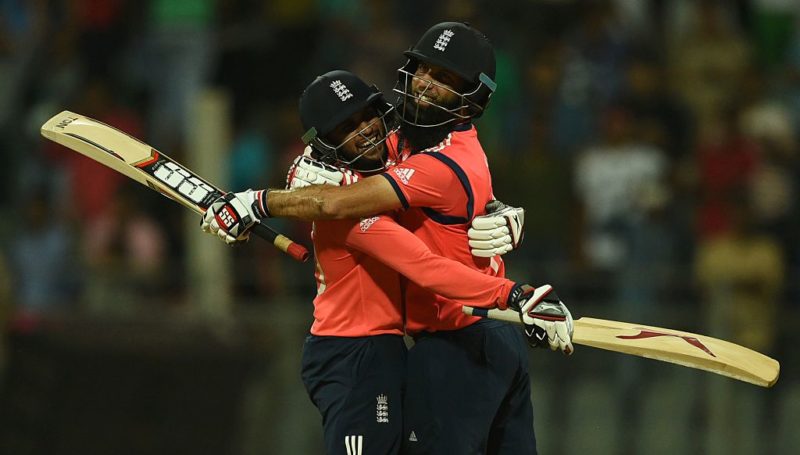 Seeing England home against South Africa in the 2016 World T20

In a wide-ranging interview the pair also discuss their close friendship, which began at county age-group level almost 20 years ago.

“If you invite one of us for dinner, we’re both coming” – Moeen

“We first met playing against each other in the county under 13s,” says Rashid. “We’ve been good friends ever since. Then we played with each other for England – under 15s, under 19s, Lions. For the four or five years since we’ve been in the England squad together, we’ve got a lot closer.”

“Like, if you invite one of us for dinner, we’re both coming,” continues Moeen. “It’s never only Rash, or only Mo. It’s Rash’n’Mo. So when someone invites Rash for dinner, I’ll be there as well, and the other way round. We’re so used to just doing everything together.”

To read the interview in full, order a copy of the October issue of Wisden Cricket Monthly, also available in digital form