It’s March and the cricket season draws closer. London is frozen over, and the snow is still falling. Before meeting singer-songwriter Nadine Shah down the road from The Oval, I briefly stop in on the ground, just to witness it vacated and painted blanket white. Somehow the picture assimilates a painting of a time, before, God forbid, even cricket existed.

When I do slide down the road to a local pub, Nadine, a resident of the capital since her move from hometown Newcastle, already has red wine in hand. Watching me delayer from multiple jackets, she sighs at the sight of me and says to herself, though intentionally within earshot, “And I moved here for the climate…”

I’m gonna be performing at the @MercuryPrize ceremony. Get your tickets to the show here https://t.co/WVMWJzDQzl pic.twitter.com/2LJqmI0VRd

Her third album, last year’s Holiday Destination, is a rare and brilliant record. It somehow welds Fela Kuti-ish rhythms and alt-rock atmospheres as a bed for lyrically fierce humanitarian-political motivations. The record is at pains not to hide her Pakistani heritage, specifically from her perspective as a second-generation immigrant. This, fittingly, is not far removed from what first attracted her to cricket.

“It was something to be really proud about. Growing up in the north-east, there wasn’t much else as a Pakistani you could be.” She pauses. “If you are Pakistani or South Asian, cricket is kind of like mother’s milk.”

Just as we’re about to dive into why, her attention is distracted. An iPhone is scuttling crab-like across the table. When it stills, she picks it up, swipes, holds it at arm’s length, and winces. “I’ve just pulled out of this festival because it’s funded by the BAE. How can I be singing about the refugee crisis and playing festivals funded by an arms company?” It rings again, she looks at it, and puts to silent, before continuing to explore the roots of her association with cricket.

For loads of second-generation immigrants cricket’s a way to access that culture. There are so many who don’t speak their mother or father’s tongue, but they can understand that sport

Her initial exposure to the game was through her father. He’d take her to Durham, where she inadvertently became a good luck charm for the teams, “Because I was little and I loved it so much”. Nadine would end up sitting with players waiting to bat. “They’d all rub my head before they went out.”

Mascot duty was not without occasional reward. “My dad got me Javed Miandad’s glove, which he autographed. I found it the other day. Mint.”

Nadine was met by the perfect storm of an English World Cup in 1999. “I must have been 13. My dad would take me out of school. We went to so many games. Shoaib Akhtar and everyone, that’s my team.”

It connects me to my own memory of the beautiful way that tournament worked, with every country vociferously and passionately supported, all on our one little island. “I think for loads of second-generation immigrants it’s a way to access that culture,” she says. “There are so many who don’t speak their mother or father’s tongue, but they can understand that sport.” 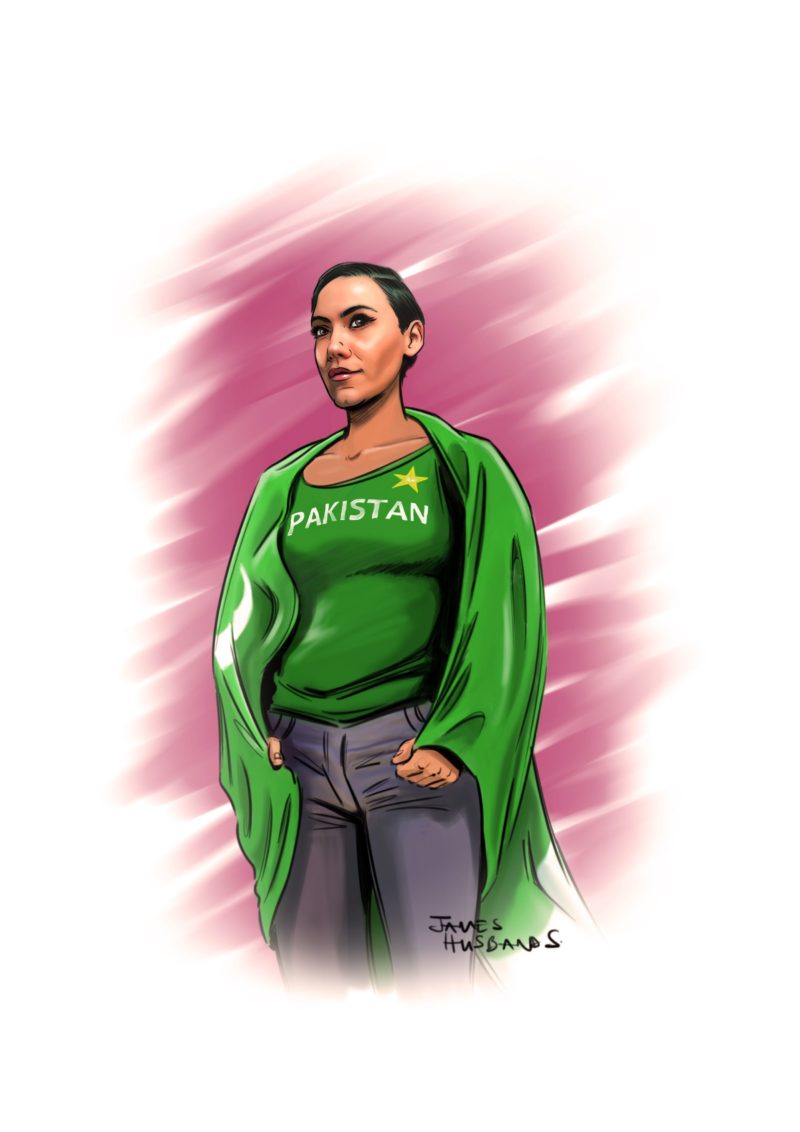 As Pakistan, blessed by their usual blend of wildly unpredictable talent, moved through the tournament, Nadine felt her own ideas of belonging forming with it. “I’ve never enjoyed sport so much. I’d be sitting next to uncles, aunties, kids, whole families. There’s this lovely, playful nature when it comes to cricket. Bringing the tabla, there’d be dancing. I hadn’t really been around too many other Pakistanis who weren’t immediate family until then.

“The best, best, best day was in Manchester. All of Wilmslow Road, the curry mile, was rammed with cars, standstill traffic, everyone sitting on top of cars.” 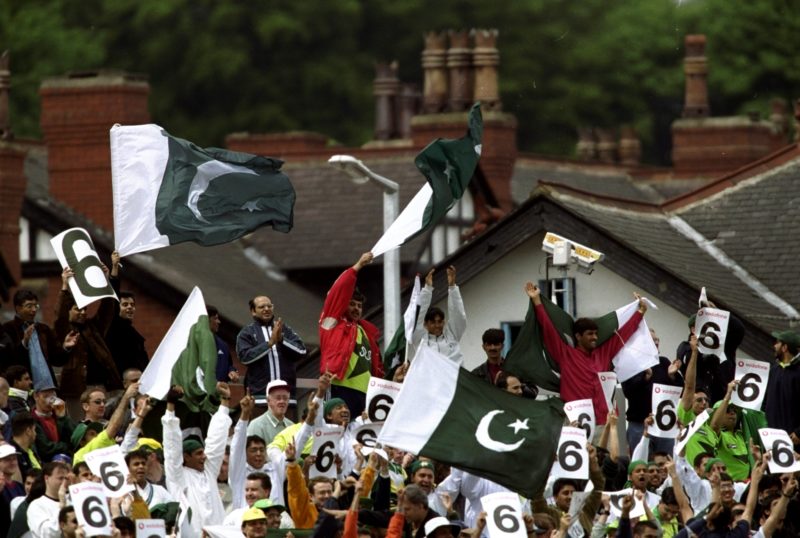 The difference though, between that bubble of belonging and the prejudice still sitting within the ‘real world’ was also brought sharply to her attention. “I was walking around with my Pakistan cricket top on. The reaction was mad. People couldn’t believe there was a young white girl wearing a Pakistan cricket top.”

Now three drinks deep, the pair of us putting off taking on arctic Kennington before leaving for a gig, we have time to recount her contribution in my own cricketing World Cup experience. Three years ago, at the end of making an album that threatened to go a bit Brian Wilson-style off-piste, I had the urge to take myself away before touring it. I flippantly mentioned to Nadine that maybe I could go to the World Cup in Australia. Why was I considering going across the world with only the guarantee of watching India v Bangladesh? Was that fully mad?

The next morning she sent me a message. It was a picture of the MCG, with MINT inscribed over the top in capital letters. It was decided. I was going.

This article originally appeared in the March 2018 issue of Wisden Cricket Monthly. Click here to subscribe to the magazine