Matt Dwyer, the ECB’s outgoing director of growth and participation, is heading back to Melbourne, bullish about the future of the game over here and optimistic about several new initiatives, writes Matt Thacker

As Charlie Brooker recently and memorably put it in the opening line of Cunk on Britain, our country stands at a fork in its crossroads, and its people are asking questions. One could say the same of cricket, which never quite seems to know which way to turn.

A mere pastime it may be, but in historical terms, cricket is important, tied up as it is with the story of our nation. Therein lies its attraction and its problem. A large proportion of us struggle when we see cricket losing its relevance, trying self-consciously to adapt to the modern world. We want things to remain as they were when cricket ruled supreme, played day after day in unbroken sunshine on village greens by squire and master alike.

But move on we must. As the ECB recognised, belatedly, in 2015 when they appointed Matt Dwyer [below] from his position as senior manager of market development at Cricket Australia. That very title would be anathema to many within cricket. It lacks romance, smacks of business, and it was exactly what was needed. 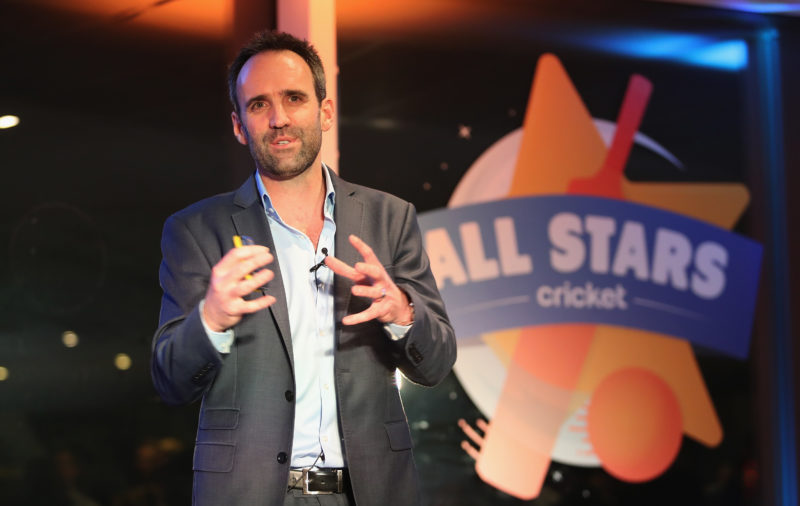 When CA appointed Dwyer in 2011, the same noises were made in Australia as in England four years later. Peter Lalor, writing in The Australian, said: “Research done by Cricket Australia set off alarm bells across the country, with demographic analysis revealing a terrifying disconnect with the serially cyber generation Y. The game is enormously, traditionally and almost tediously popular with the adult and elderly population, but a failure to engage with young people was a problem that would eventually see it relegated to the far corner of a field as summer gave itself up to other pursuits.”

That research revealed trends showing “that immigrants, women and children were not engaging with the game, that its audience was pale, male and stale.” This led to the nationalisation of the in2cricket programme for 5-10-year-olds and the accelerated introduction of the Big Bash “to convert the pester power of 10-year-olds from computer games to cricket participation,” according to Cricket Australia’s manager of public affairs, Peter Young.

He added: “Twenty20 was designed to appeal to people who don’t like cricket – you can play it at night, which is when people want to watch sport; it is short so you can enjoy it without devoting your entire day to it; and it is engaging and entertaining, which is what captures kids.”

“Unless a child has picked up a bat by the time they leave primary school, there’s very little chance we can get them to play”

All eerily familiar, with this country typically lagging years behind. Speaking to Dwyer in late April as his time here comes to an end, you sense his three years have not been wasted. He is as blokily enthusiastic as ever, the days and weeks spent spreading the word nationwide appearing to have buoyed him rather than quashed his spirit. He is a refreshing realist, not believing cricket has any God-given right to survive and prosper. This is survival of the fittest, not the fifth Test.

And Dwyer has listened to cricketers from all over the country, anxious not simply to impose a model that has worked in a different country and climate. He knows there is no quick turnaround, that this is a generation-long game: “What we are trying to do is offer choice. We want people to be able to play the format that’s most appropriate for their lifestyle. Whatever those formats are, we’ll support – ultimately, participation is everything.”

Faced with UK research showing fewer than two per cent of English children citing cricket as their favourite sport, Dwyer knew action was needed and fast: “Unless a child has picked up a bat by the time they leave primary school, there’s very little chance we can get them to play”.

The ECB therefore doubled its investment in Chance to Shine, putting cricket into more state schools, and came up with the softball introductory programme All Stars. Some 37,000 5-8-year-olds signed up last year across 1,500 clubs. And now, not only are plans for 9-12-year-olds being rolled out, but a long overdue strategy for engaging south Asian cricketers is also in place. 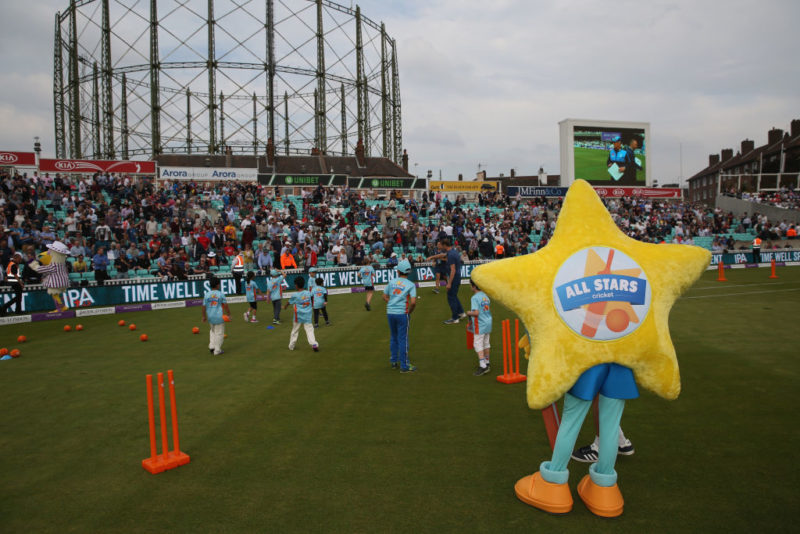 Dwyer says: “We’re seeing league reform for core cricketers, with games starting at times the players want – and last year we had a nine per cent growth in core cricket numbers.”

It might seem counter-intuitive but this increase comes alongside an overall downturn in playing numbers. Dwyer explains: “With core cricketers playing more, there’s less reliance on people just filling in, so occasional players are needed less. Now we need to find something for those guys who enjoyed the few games that they played, and that work is being carried out. We’ve done the biggest review of players we’ve ever done and now we’ve got real clarity.”

Thirteen different strands of player have been identified, from the traditional club player, through lapsed players, to ‘real-worlders’ for whom work and family commitments have taken over, through to the once-a-summer soft-ball street cricketer.

Alongside the increased investment in Chance to Shine, the All Stars programme looks set to have even greater numbers than last year, with plans to develop in harder-to-reach, urban areas. Dwyer says: “We want every kid to have that optimum first experience, wherever that may be. Our south Asian engagement strategy will be key here – we have identified 10 core areas where two thirds of the south Asian population live and we will be targeting those areas – staff have been put in place and a hundred-odd non-turf pitches will be installed.”

The ECB has also released plans for 9-12-year-olds, as Dwyer explains: “We’ve spent three years creating these junior formats and we’re taking a lead on pitch length, boundary size, the number of players and overs, the equipment, and underpinning it is a coaching principle relating to age, stage, and progression. That’s alongside a big investment in non-turf pitches and just being more prescriptive, based on science and stats.”

“If you want to win a popularity contest you don’t join a governing body.”

“There are all these mums who’ve got involved in All Stars Cricket and four out of five of them are actively playing the game with their kids on a weekly basis, which opens up further opportunities a year down the line to set up, say, softball games on Friday nights for women, so everyone’s encouraged to step over the boundary line and get involved. It’s not culturally something we’ve had before in cricket.”

Something else we’ve not had before is a 200-ball professional game. So what does Dwyer make of the furore that has followed the release of the thinking behind the new tournament? “First up,” he says, “if you want to win a popularity contest you don’t join a governing body. We haven’t launched anything yet, we’ve just shared some of the thinking. And the fact that two thirds of people are either curious, ok, or impartial, I think that’s pretty good.

“Over the last 10-15 years, our fanbase has remained at a very similar level.” But by overtly claiming the Hundred to be for newbies, do we run the risk of sidelining core cricket fans too much and beginning a tournament on free-to-air with half-empty stadia? “Well, that’s the call we’re making. The Blast is still there for those who want to enjoy that. We’re just saying for a five-week period, cricket is going to market itself, like the Olympics does for athletics. Cricket’s back on free-to-air, and we’re not asking you, as the cricket fan, to compromise very much.”

That free-to-air phrase, music to every cricket lover’s ear, is what this is really all about. Dwyer says: “The shift in the narrative when it went from the BBC saying that cricket has not been a part of their plans for 17 years to telling them we’ve got something new and revolutionary, you could see the change…”

As it did with the Big Bash, the noise will die down. By the time the new tournament arrives, the IPL will be a brattish teenager, and the Big Bash will have had almost a decade under its belt. But with any luck, a generation of cricketing converts will be created here too.

Dwyer concludes: “Four out of five people in this country just see cricket as boring. So what are we doing to attract them? Something different. Otherwise the broadcasters wouldn’t compromise their traditional model. And it had to differentiate itself from the Blast, so we don’t just have traditionalist cricket fans turning up again. And then, ultimately, we need it to link back to participation. So, rather than ask if we’ve gone too far, my question would be – have we been radical enough?”