Mrugang ‘Monty’ Desai, Afghanistan batting coach till recently, believes that with more exposure to the right kind of matches, the team’s batsmen will grow into their roles and learn how to sustain consistency at the elite level.

More than anything else, he has big hopes from Mohammad Shahzad, the charismatic opening batsman and wicket-keeper, whose mindset and skills have impressed Desai hugely.

The recent Asia Cup 2018 saw flashes of brilliance in Afghanistan’s batting effort, as the team managed to get to the 250 region each time. They also picked up 38 wickets in five games, at an average of 7.6 wickets per game. 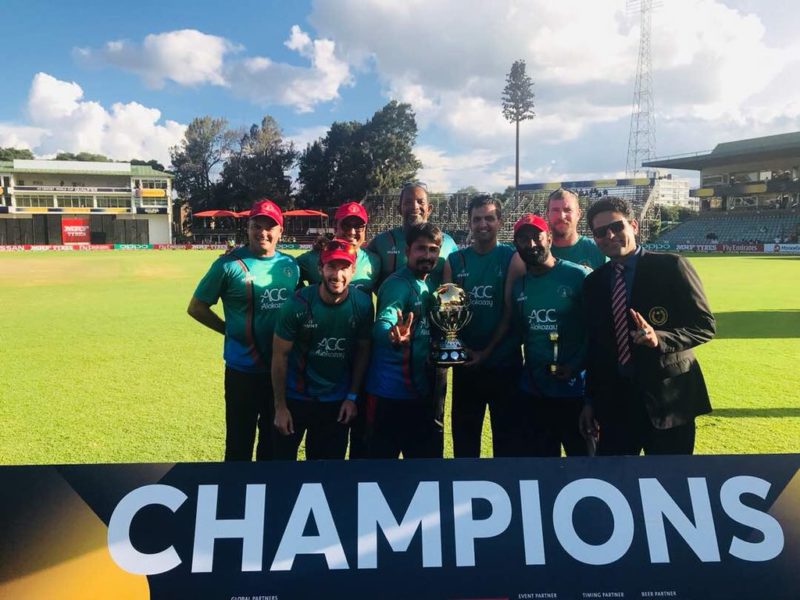 Desai (second from left in the back) was a part of Afghanistan’s coaching staff under Phil Simmons (Courtesy: Phil Simmons/twitter)

Desai, a vastly experienced batting coach with stints in India and abroad, feels that Afghanistan are going in the right direction with the bat, but will need time, experience and a significant amount of exposure to scale the next level. Using the example of the IPL, where he was associated with Rajasthan Royals for long, he argued that even a country like India – with great cricketing infrastructure and spread – could unearth a number of talented youngsters only after putting the T20 league in place.

“When it comes to batting, it’s not an easy department. When you look at our own country (India), the number of batsmen who are competing for the national team went up after the last 10 years, with exposure of the IPL. Similarly, with Afghanistan, the more they can get a platform regularly, the more changes we will see in their approach,” said Desai, currently coaching Andhra in the Indian domestic circuit.

“For any new Test-playing nation, experience in the batting department is the difference – they came close in Asia Cup games, their thinking under pressure has improved, and execution of skills are getting consistent. The overall approach of the team has a sense of purpose in it.”

The importance of Mohammad Shahzad

Mohammad Shahzad was today's Player of the Match after his blistering 124!#INDvAFG pic.twitter.com/M2RdKzNu6M

In the Asia Cup, opener Mohammad Shahzad scored 268 runs at an average of 53.6, which also included a commanding 124 off just 116 deliveries against the Indians – the first Afghan to score a century against India.

“Shahzad is someone who is known worldwide for his batting skills. He has had his share of ups and downs through the couple of series even I was involved in,” pointed out Desai. “But the good thing about him is that if you strike a conversation with him, he can look back to the best of his innings and bring that mindset to the fore in the most critical phase of the tournaments.

“He does it in all kinds of situations – Shehzu stepped up when we were struggling in the World Cup qualifiers and again when we played the big games that we needed to win.

“We’ve seen that again in the Asia Cup – he was able to churn out his A game in the most important game [against India]. Most people question his fitness and physicality, but we must look at the positives and the skillset that he brings into the unit. It was good to see that with the right kind of support, he could push even India in the Super Four stage. At the moment, he’s one of the seniors who acts as a backbone for the batters to come in.” 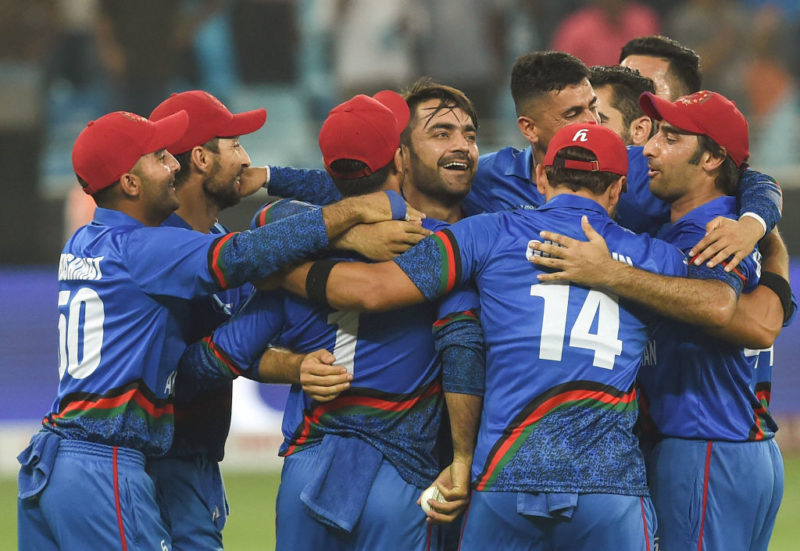 Desai looks back fondly at his coaching stints with Nepal and Afghanistan. He says that his biggest takeaways from those experiences were the passion and commitment the teams showed towards the sport.

“I consider myself to be a coach on a learning journey. I worked for Nepal before joining the Afghanistan support team. One thing which stands out for both the countries is the passion they play with,” he said.

“There’s not great infrastructure around these countries but they are still able to motivate themselves. They keep stepping forward to put a message across to the world of that cricket that ‘we are here, we want to be equally good’.

“The more they get exposed against the best playing nations around the world, the more you’ll see them competing. When I reflect at my time with them, the biggest takeaway is the passion. The things that have been happening in their country … for them, this is like a huge responsibility they undertake to bring happiness through their game. You could literally see them thinking, ‘this is for our country, this is for our people’.” 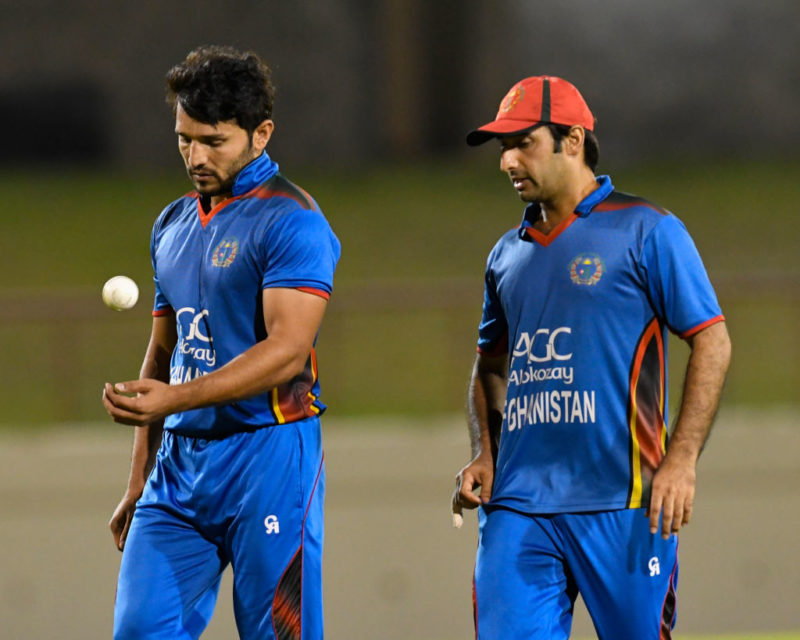 Desai helped Afghanistan grind it out in their challenging but triumphant campaign at the World Cup qualifiers in Zimbabwe in March 2018. Afghanistan lost three games early on, but bounced back and, with a bit of luck in terms of other results going their way, not only finished in the top two – along with West Indies – to qualify for the 2019 World Cup but also went on to win the tournament.

In many ways, the turnaround coincided with the return of Asghar Afghan (earlier Asghar Stanikzai), the regular captain who missed the first few games due to ill health.

"We had identified around five-six seamers who would do well long-term; in the future series and future tournaments, you would see them coming through"

“From what I saw in January to where they are right now, I can see that they have progressed nicely. Now they do believe that they belong to the top leagues, that they can compete with the best cricketing nations around. The margins of their games in Super Four were so close – again, they will only get better from here,” said Desai, who worked extensively with Phil Simmons, the head coach, while with Afghanistan.

“The leadership of Asghar also makes a huge difference, with his experience, he can rotate his bowlers very nicely in the critical moments. Rahmat Shah – we named him the ‘Afghan Wall’ – is somebody who can consistently keep on scoring runs. Hopefully, he can come good in the long-term.”

A paucity of seam bowlers? 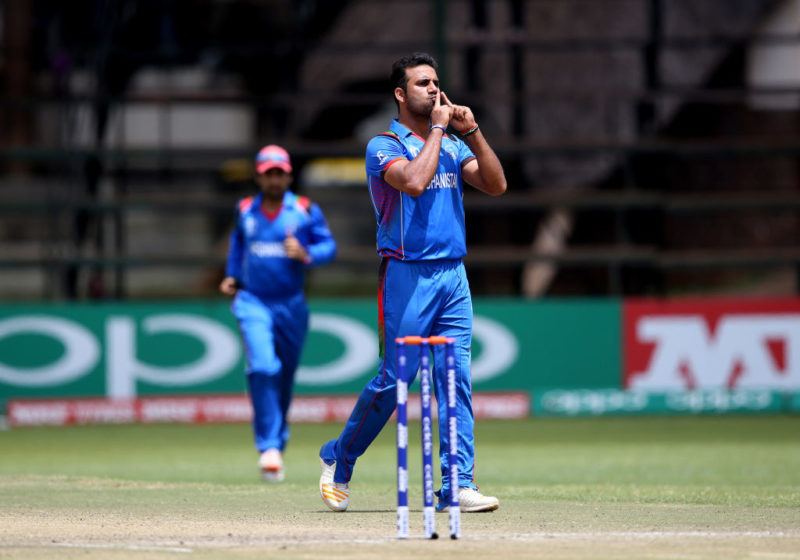 Can Afghanistan’s pacers rise to the level of their spin bowlers?

While Afghanistan boast of outstanding spin bowlers like Rashid Khan, Mujeeb Ur Rahman and Mohammed Nabi in their ranks, their pacers haven’t quite returned similar results – Hamid Hasan was an early star, but outside of Shapoor and Dawlat Zadran, there haven’t been too many to break through.

Desai, however, doesn’t feel there is a paucity of quality pacers in the country. He revealed that during his coaching days with Afghanistan, they had recruited promising seam-bowling talents from the domestic circuit, who, he feels, will feature at the international level at some point in the future. In their maiden Test, against India earlier this year, Afghanistan’s pace attack was led by 19-year-old Wafadar and 26-year-old Yamin Ahmadzai, both of them impressing in patches.

“The fast bowlers are there, they are coming up. I remember Simmons, Charl Langeveldt (the bowling coach) and I would come together to watch videos of 20-30 fast-bowling prospects of Afghanistan. We had identified around five-six seamers who would do well long-term. In the future series and future tournaments, you would see them coming through,” said Desai.

“I don’t think the seam department is a worry – of course, the experience is something you cannot bring in straightaway. Players who will bowl with veterans like of Dawlat Zadran or Shapoor Zadran will improve more with their guidance, but we must give them the time to grow.”