Prior to departing for England Lions’ tour of Australia, Warwickshire’s one-day phenomenon Sam Hain spoke to Taha Hashim about regaining his red-ball touch and why he’s no longer afraid to talk up his Test aspirations.

When Sam Hain’s name comes up, his List-A average is usually lurking around the corner. Of batsmen to have played a minimum of 50 innings, no-one in the history books tops his 62.38, or even comes close. The next best batsman, lagging behind him at 58.29? Why, Virat, of course.

The white-ball numbers have long been a balm for the screen-weary eyes of statisticians – his unbeaten 122 for England Lions against Cricket Australia XI on Sunday was his 11th List-A century in his 57th innings – but has he grown slightly tired of discussing his one-day credentials? 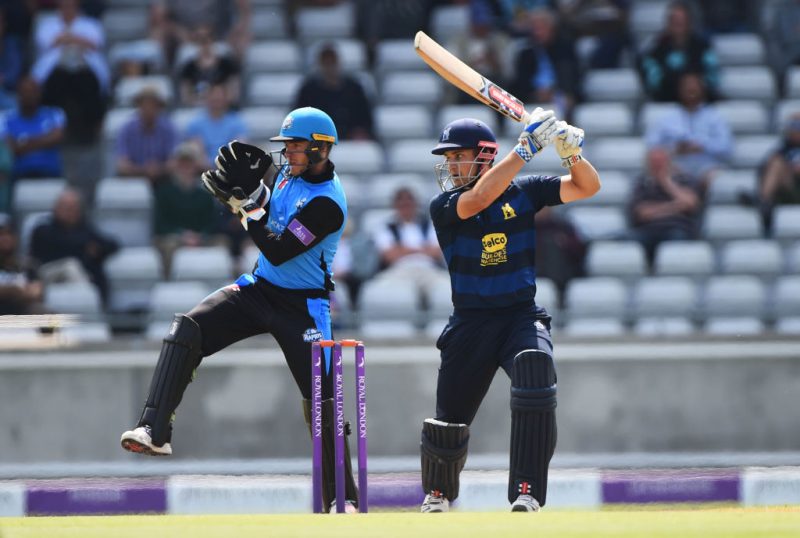 Sam Hain’s record in List A cricket is remarkable

“A little bit because I’m like, ‘Mate, I am just as good a red-ball player’.”

In which case, we’ll talk about the long form, because 2019 was the year Hain lived up to his own billing. Born in Hong Kong and bred on the Gold Coast in Queensland, the early signs hinted at a prodigy. At 16 he played for Australia’s Under-19 side, but a contract at Warwickshire was too hard to turn down for the son of two Brits. At 18 he became the county’s youngest first-class centurion and a double-century arrived less than three months later. That was in 2014, a breakout year that Hain finished with four first-class hundreds.

What followed was a period of regression. Hain entered last season with just four more first-class hundreds on his record and not a Championship ton since 2016; he finished it with numbers befitting of his easy-on-the-eye technique: 822 Championship runs at an average of 51.37, with two hundreds – both coming in the same match against Hampshire – ending his drought.

What helped him crack the case? Was there a major shift in his approach?

“No, not really,” Hain says. “It is funny though, isn’t it? After starting really well I fell off in red-ball cricket but the white ball continued to go strong.

“I just got in more times. Honestly, I said to Frosty [Tony Frost, Warwickshire batting coach] the only thing that really changed, obviously from a few technical points, was being older and being able to deal with the highs and lows more, and that I just got in. 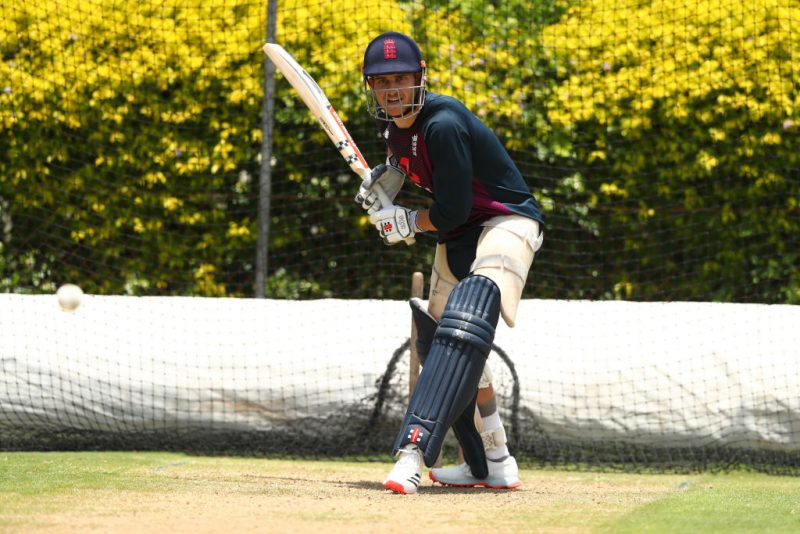 Sam Hain is currently on England Lions’ tour of Australia

“I was able to get in more times and I was able to convert those starts. In terms of a technical point of view there were just minor things, but you are always just tweaking in a season. I think I was just making better decisions. It is really hard to pinpoint anything.”

There’s got to be something more to his increasing returns; while the red ball is an entirely different proposition, Hain’s 50-over record points to a man who is relentless once he’s got through the potentially hazardous early stages of an innings. He is most revealing when discussing where he stands in his career: embodying, already, the role of the battle-hardened veteran, despite being just 24.

“In years gone by, it is not an excuse, but you’re 21, 22 and it’s like, ‘I am still learning, I am still young’. But I am at the stage now where I know I have got the ability and it’s about transferring that onto a regular basis for Warwickshire.”

There’s a newfound confidence. In our opening exchange, Hain discusses the first stage of his winter, an ECB training camp in Mumbai focused on improving his ability to play spin. Without any prompting, he outlines why the trip – on which he dedicated his focus to sweeping – was significant.

“There’s a tour of Sri Lanka [England’s two-match Test series in March] coming up and it’s about putting your name in the hat for that.”

Test cricket is the aim and, finally, Hain has genuine belief behind his aspirations.

“I feel like I definitely have the game for the next level, whereas 12 months ago, I might not have said that because I don’t really go around saying this and that.

Inspiration isn’t too far away, with his county teammate Dom Sibley – England’s leading run-scorer in their 3-1 series win over South Africa – forcing his way in through the commodity that matters most.

“There is only one way – look at Sibs. It is just piling on runs and then the rest will just take care of itself.”

While such a statement rings true for a Test side that lives precariously, finding a route into England’s ODI squad of World Cup winners poses a different challenge. As a new cycle begins with a three-match series against South Africa, Hain remains on the outer despite his remarkable record and the resting of a number of regulars. In another era he’d be a shoo-in but with the prowess of England’s existing batting line-up, there’s more work to be done.

“With what they have done by winning the World Cup, you know the pool of white-ball cricket is strong. It is really out of my control – there is not much I can do in terms of selection, you know what I mean?

Related Story: Who should replace Rory Burns in the England squad in South Africa?

“I’m trying to push my strike rate up because I know that is where white-ball cricket is going, so there are just a few things from my end, and if I can do that, then the rest will take care of itself.”

For the next few weeks, it’s Australia that’ll be the location of Hain’s development. An unbeaten hundred while chasing in the opening one-day fixture of the Lions tour was a perfect beginning but the innings didn’t startle; his consistent excellence in coloured clothing has made such performances commonplace. Where the most intrigue lies is in the first-class leg later this month. The white-ball phenomenon is chasing the red.