Younis Khan, the former Pakistan captain and one of their all-time great batsmen, reminisces about the top 10 defining moments of his 17-year-long international career with Phil Walker. Introduction by Roshan Gede.

A batsman of technical proficiency and immense class, Younis Khan stood as the pillar of Pakistan’s batting line-up for over a decade. The right-hander, alongside Inzamam-ul-Haq, Mohammad Yousuf and Misbah-ul-Haq, produced some of the most memorable match-winning performances for Pakistan in the 21st century. He’s the only batsman to have aggregated more than 10,000 Test runs for Pakistan, and leads the century-makers list with 34 triple-digit scores.

Younis had an excellent conversion rate in red-ball cricket (34 hundreds and 33 fifties), and was an integral member of the Misbah-led side that had climbed to the No.1 spot in the Test rankings in August 2016. In all, his international career yielded more than 20,383 runs from 472 appearance, all laced with fine stories. The master batsman recalls the ones that meant the most to him.

We played a warm-up game in the week before my first ODI. We lost the toss and because of some moisture on the pitch we were all out for 49! After that the Sri Lankan management requested that we play a 25-over game, all my family and friends had left by then! Sri Lanka decided that they would bat first because they didn’t trust us to not be out cheaply. They scored 170 and we chased it. I scored 77 not out.

I was a boy when I started my club cricket career back in Karachi in the early eighties, but then I was unable to play a first-class game in Karachi until I made my debut in international cricket. I scored 46 from 30-odd balls against Sri Lanka, and have very fond memories of the game. I used to do well on debuts. The excitement helped me to focus and be inspired. 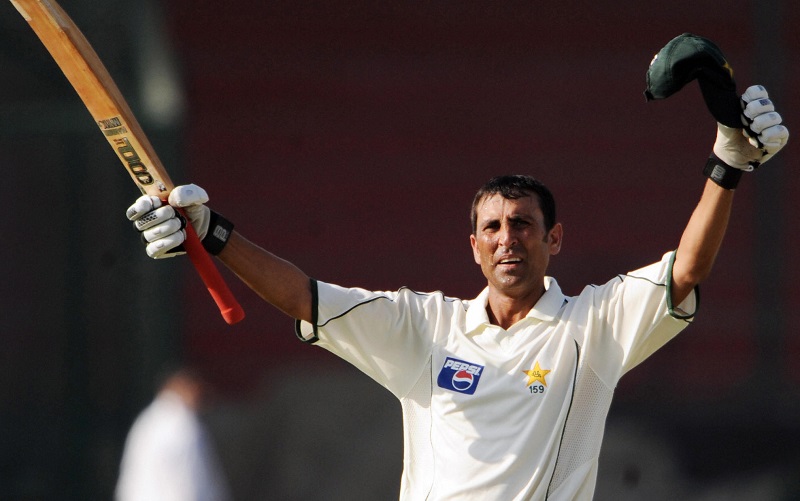 The ton on Test debut

In the second innings of my first Test match, I scored a hundred and was in a partnership with Wasim Akram of around 50-odd runs, so I had dream debuts in both one-day and Test matches. As a youngster, a lot of people were talking about me, but my thinking was different. I was very young but I was thinking about the longer game and was very calm at that time. I had to take it step by step, and day by day. It wasn’t long after that I was dropped from the team and I think that experience helped me. I never took anything for granted.

“I showed courage and skill on what was not an easy pitch for us. That was the moment that everybody knew Younus Khan had arrived”

Soon after I was recalled to the Test team, we played in the first Test of a tour to New Zealand, and I scored 91 in the first innings and 149 in the second innings. I remember it well because the aggression and the body language was there, I was sure that I was going to show the way that I love my cricket, my batting, my energy, the way I use my body language. I showed courage and skill on what was not an easy pitch for us. I think that was the moment that everybody knew Younis Khan had arrived. 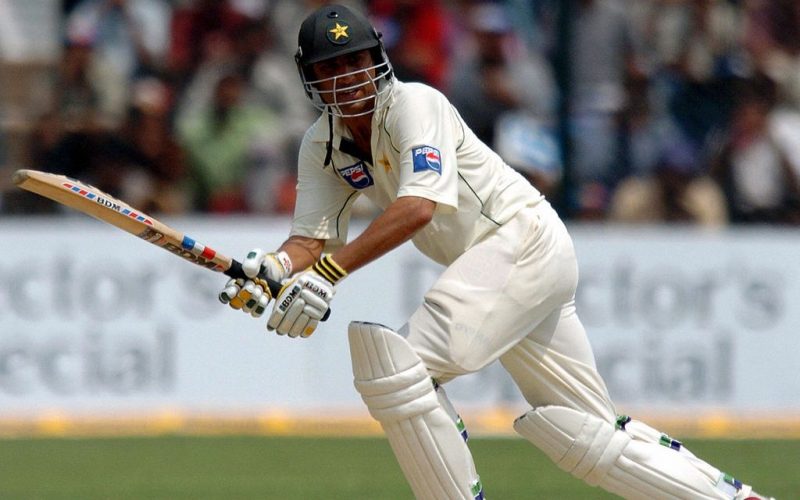 It was an important innings. Before that series I had been in and out of the team under the late, great Bob Woolmer who had joined us after the 2003 World Cup. I was friends with him and he knew that I could be a match-winner for Pakistan, so he picked me and appointed me captain for what was a crucial series. Suddenly things changed for me. I scored that double hundred at Bangalore and that was such a booster for me, and then everyone knew me and recognised me as a Pakistan player.

As the pressure comes on me I feel like I have to perform for myself and for my team. I have to mention the fourth- innings hundred I scored in Calcutta on a pitch where it was not easy to face Kumble and Harbhajan Singh and these kinds of spinners. Especially because it was against India, I will never, ever forget that moment. 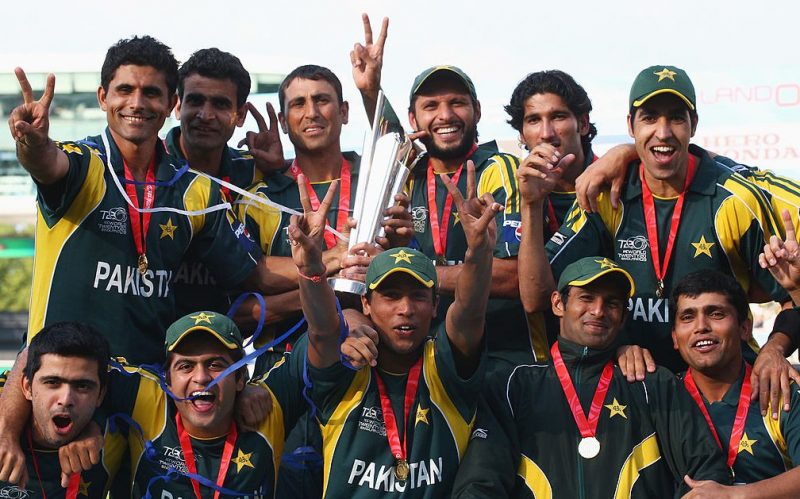 Pakistan triumphed at the T20 World Cup 2009 under Younis

We won the World T20 in 2009 in very difficult circumstances, just weeks after the Lahore terrorist attacks. The PCB appointed me captain. I was so motivated, as was the team, and we knew that this was the time for us to do well as it would have been a huge booster for the whole of Pakistan. We performed at the right time, and especially watching the way Shahid Afridi performed in those last two games, it was a privilege for me. 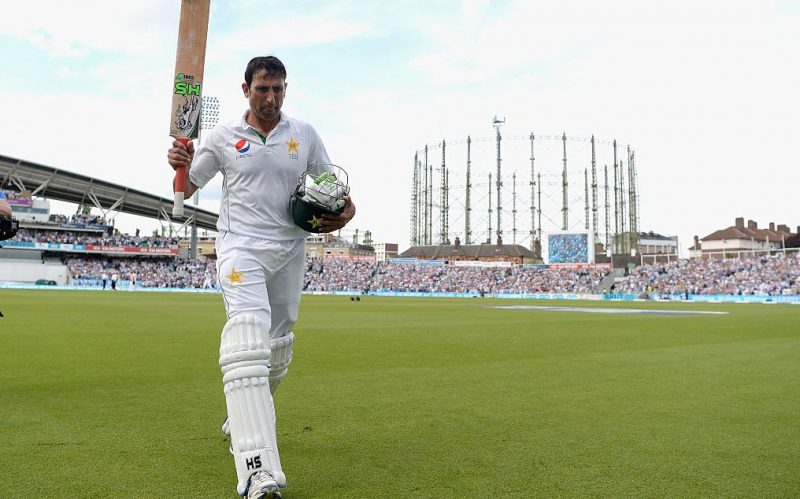 This was a knock of huge importance in terms of my whole career. During the first few games of the summer in England, I performed well against the county teams and felt as if I was in good nick, but as soon as the Test matches started I struggled a little bit, particularly at Lord’s and at Manchester. I knew, though, that I needed to gather myself together and that I could still motivate myself at that time. Everything came together and I grabbed the moment with both hands. Everyone in international cricket knows that when those moments come for you to do well, it’s about grabbing the moment. That win is one of my finest ever wins for Pakistan, after what happened in 2009, everybody was following us and willing us on. On the final day, all the England fans as well as the Pakistan fans stood and clapped for us. That was another great privilege for me. 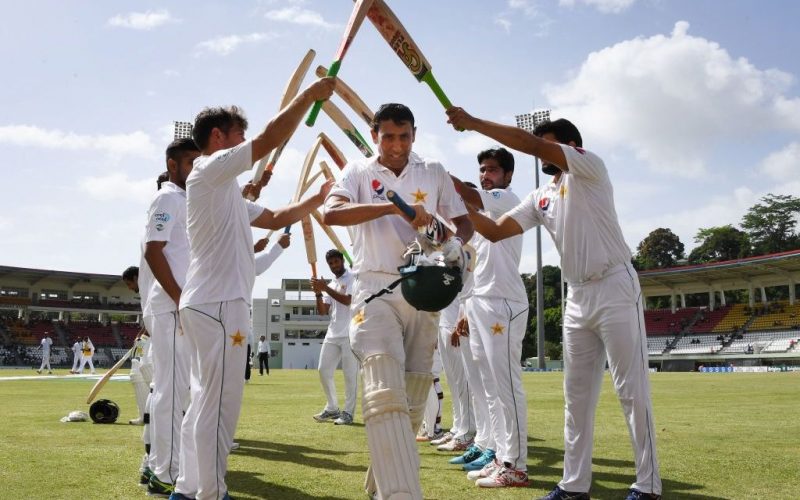 There couldn’t have been a more perfect way for me to finish. We wanted to win that game very badly, in order to become the first team to win a series in the West Indies. Up until the last minute, it was very tight and you could see the passion in how well Roston Chase played, but we were lucky and Yasir Shah was doing a great job for us. But it was such a great send-off for me and Misbah. I am very relaxed to have finished and am honoured to have played for my country. I have no regrets.