Tomorrow will mark a year to the day James Anderson surpassed Glenn McGrath to become the most prolific fast bowler in Test history.

By ripping through Mohammad Shami’s defence for wicket No.564, Anderson not only capped a 4-1 series win over India but also closed out a summer that saw him take 33 wickets from seven Tests at an average of 18.39. As his good friend Alastair Cook bowed out of the international game with “nothing left in the tank”, Anderson looked fuelled up and better than ever at 36 years of age.

But having feasted upon visiting batsmen over the previous few years, Anderson has barely featured in English cricket’s biggest summer. The 37-year-old’s involvement in the Ashes ended with the four overs he bowled at Edgbaston, where an injury to his right calf ruled him out of the next two Tests. There remained hope of a return later on in the series, but his troublesome calf caused him further discomfort in a second XI game for Lancashire, thus drawing a line under his Ashes campaign. 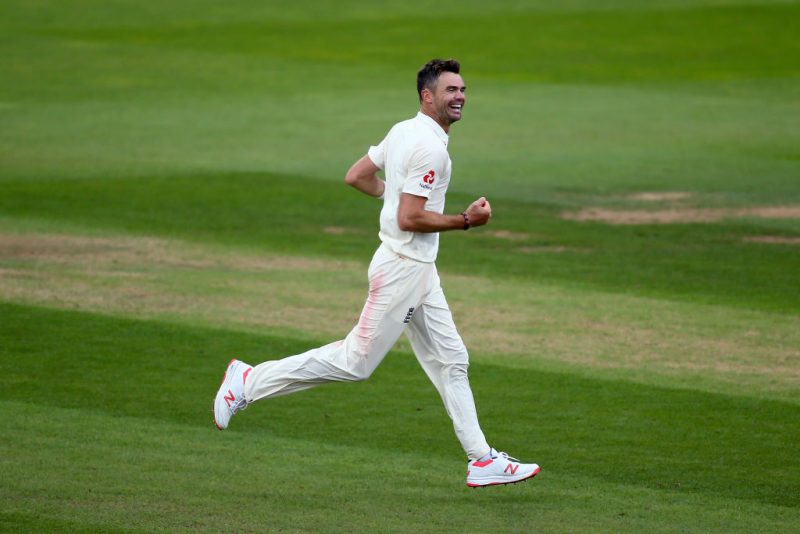 Anderson has 575 Test wickets to his name

Speaking to reporters on Tuesday, Anderson expressed his annoyance over the injury that has dogged him for much of the last few months.

“I don’t know how the calf is,” Anderson said. “I’ve just been resting for the last week. I’m going to start doing stuff at the end of this week and I’m going to have to make real sure that it’s well healed and recovered, and then we’ll take it week by week. I’m not going to say, ‘I’m going to try be fit for this point’, I’m just going to try and get fit and then see when it is.

“It’s been a really annoying couple of months. With the time pressure and this series trying to get it (the calf) ready, it’s not been able to cope with that. So I want to give it time to heal. I don’t want to have to answer ‘how is your calf?’ ever again.”

With England’s eldest statesman having to endure such trouble with his body, it’s natural that questions have been asked of what the future holds for Anderson. He remains determined to continue his Test career, with this winter’s assignments in New Zealand and South Africa certainly on his mind. Nonetheless, he retains a sense of pragmatism, and his rehabilitation from injury will see him explore new ways of keeping his body adept to survive the rigours of the longest format.

“When I start this rehab, I’m going to try and investigate every possible avenue of what to do at my age to keep myself in good shape,” Anderson said. “I feel in really good condition. I feel as fit as I ever have. It’s just the calf keeps twanging.

“I’ll look at how other sportspeople have done it throughout their careers to keep going into their late thirties. Whether there’s anything specific I can do – diet, gym programme, supplements, whatever it might be. Because I’ve still got a real hunger and desire to play cricket. I still love the game and still feel like I can offer something to this team and still have the skills and can bowl quick enough to have a positive effect.

“I still feel like I can be the best bowler in the world. So as long as I’ve got that mentality, I’m going to keep pushing myself, keep trying to improve my skills with the ball, work hard at my batting, and try to find every possible thing to help me stay fit.”

When the time does come to call it a day, Anderson will know. “If I’m not good enough and feel I’m detracting from the team and I’m too slow, or whatever it might be, then I’m not going to embarrass myself or drag the team down,” he said. “I’ll only keep playing if I think I can be one of the best bowlers in the world and if I think I can help this team win games of Test cricket.”

“When it’s swinging, people say pitch it up, but where is pitched up? It’s about finding where your length is.”

James Anderson, who is celebrating his 37th birthday today, was a Wisden Cricketer of the Year in 2009. https://t.co/6XrSHo5Jc6

For now, however, England are without their masterful swing bowler, and they must rally at The Oval to avoid the ignominy of an Ashes series defeat at home. Beyond the supremacy of Steve Smith, Anderson believes that the pitches on offer in the first four Tests have played into the hands of the visitors, who lead the series 2-1.

“I think they’ve (the pitches) probably suited Australia more than us,” Anderson said. “I would have liked to have seen a bit more grass but that’s the nature of the game here. When you’re selling out – like Lancashire selling out five days of Test cricket – it’s hard not to produce a flat deck but, you know, that’s one of the frustrations from a player’s point of view. We go to Australia and get pitches that suit them. They come over here and get pitches that suit them. It doesn’t seem quite right.

You’ve got 862 options to choose from.

“Even last year, I thought they were good pitches here against India. They weren’t green seamers but I thought they suited us more than India. We as a country or cricket team or cricket board, don’t use home advantage enough. When you go to Australia, go to India, Sri Lanka, they prepare pitches that suit them. I feel like we could just be a little bit more biased towards our own team.”

Despite his protestations over conditions, Anderson’s regular new-ball partner Stuart Broad has been mightily impressive in the series; the 33-year-old has taken 19 wickets at an average of 26.63 and established a stranglehold over David Warner, who he has dismissed on six occasions this summer.

“The way he’s bowled this summer has been world-class,” Anderson said. “I’m really happy for him. In the lead-up, talking to him, he wasn’t sure if he’d be in that first XI. Seeing how hard he’s worked over the last couple of years on his game, his technique, and his run-up and things like that, he’s worked really hard, and he’s deserved the success he’s having at the minute. Similar to me, he’s still got that hunger to play for a couple more years.”

James Anderson was speaking on behalf of ‘The Test Experts’ Specsavers, Official Test Partner of the England cricket team ahead of the final Test of the Specsavers Ashes Series at The Oval