The England & Wales Cricket Board (ECB) have announced changes to their eligibility rules meaning that Jofra Archer, who previously would have had to wait until 2022 to represent England, is eligible to play for his adopted homeland from sometime in March 2019.

The change now means that as long as a player is a British citizen, was either born in England or Wales or spent at least 210 days a year in the country for the last three years and hasn’t appeared as a ‘local’ player in another country in the last three years, can represent England. 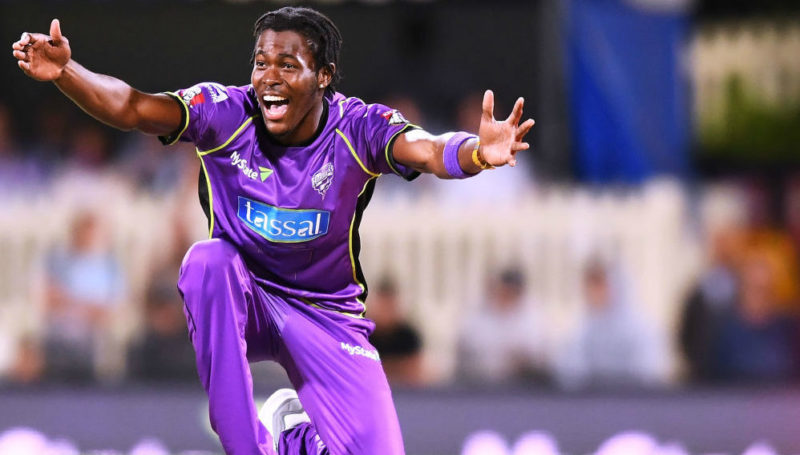 Archer has appeared for numerous franchise teams around the world

Archer, who has become one of the most sought-after bowlers in T20 cricket around the world, holds a British passport and has lived in the UK for more than three years, but is yet to fulfill the criteria for the number of days spent in the country, according to a statement issued by Sussex County Cricket Club.

“While the new regulations will come into force from January 1st 2019, the requirement for a player to have accumulated 210 days of residency over three years (April to March) will mean that Jofra is likely to qualify for England at some point in March 2019,” the statement said. “The exact date of Jofra’s qualification will depend on the time he spends out of the country during the rest of 2018/19.”

This means that Barbados-born Archer won’t be eligible to make his England debut in his hometown. England tour the Caribbean in early 2019  and the first Test of the tour takes place in Barbados, and Archer had seemingly expressed a desire to make his debut in that game on Twitter.

Archer had previously represented West Indies at Under-19 level before moving to England in 2015. Now 23, Archer has forged a reputation as one of the fastest bowlers in county cricket and has enjoyed a successful start to his career in England. In 2018, Archer took 42 County Championship wickets at an average of just 17.85.

Related Story: Jofra Archer could be eligible for England ahead of World Cup & Ashes

With the World Cup and an Ashes series taking place in 2019, there is no better time for Archer to make an international breakthrough.

This article was updated to include Sussex CCC’s clarification of the date at which Archer will become eligible.