Australia all-rounder Glenn Maxwell has spoken of how “all went to s**t” during his proposal to his fiancée Vini Raman last month.

Maxwell hasn’t played international cricket since October last year, after taking a break from the sport for mental health reasons, and then got injured and missed Australia’s tour of South Africa last month.

He used the time well, though, and got engaged to Raman, although it was a “nightmare” proposal, and he had to improvise a fair bit before eventually getting it right. 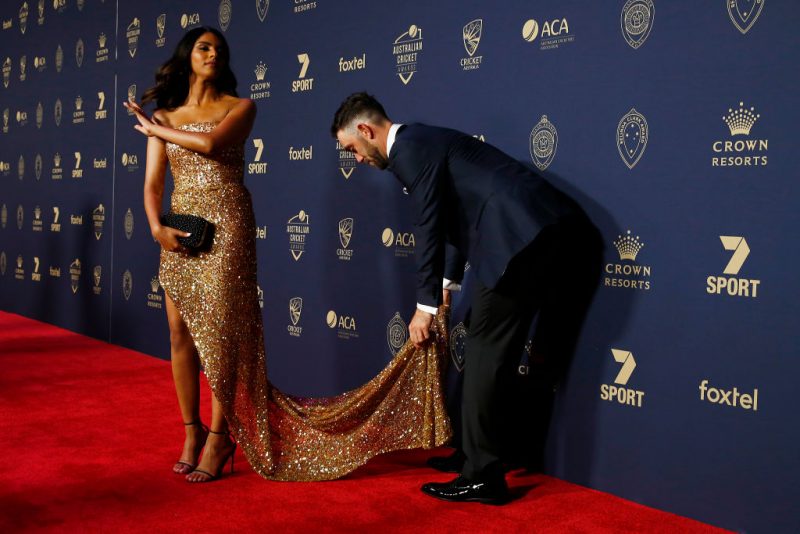 Glenn Maxwell said his proposal to Vini Raman was a “nightmare”

“We went for a walk and everything felt so wrong,” he told broadcast journalist Neroli Meadows, in her podcast, Ordineroli Speaking. “I was so confident in my head about what I was going to do, and it all went to s*** basically.”

Maxwell, who said it was more nerve-wracking than a World Cup final, carried the ring around with him all day, before he and Raman decided to go for a stroll in the park. “There were kids everywhere. This is a nightmare,” he said. “It’s just going so badly. She drove past as I was trying to put the ring back in the box.

“She didn’t see me as I was ducking back into the car to get ready, and shut the door and run back into the middle of the park. I hid behind a tree, would have looked like a real creep in a park. There were all these people around, and I thought as long as everyone moves away from the centre of the park, I should be fine.”

Things would then get much worse before improving. “There were still kids around and people walking their dogs, and as I turned around, I saw Vini start to walk the wrong direction,” said Maxwell. “I feel like I pinpointed on Google Maps exactly where I wanted her to meet me, so I was a bit annoyed and then told her to come back the other way.

“I sort of pointed her away by saying there might be a cafe over there, and she sort of turned away and I got straight down on one knee. But as I got down, she still had her phone in her hand, and she must have panicked and pushed a button because she started calling me.

“So, my phone is vibrating in my pocket like mad. And I’m sitting there with a ring in my hand shaking anyway. And she started crying, and I was like, ‘I’m not taking this phone call. What is going on here?’