England seamer Kate Cross claimed two wickets in her final over to successfully defend just three runs, earning her side a clean sweep over India in the T20Is.

Smriti Mandhana had set the match up for India with a captain’s knock of 58 from 39 deliveries in chase of a modest 120. When she was bowled by Laura Marsh at the end of the 13th over, India needed 33 runs from 42 deliveries with seven wickets still in hand.

But England’s bowlers fought back hard, taking the game into the final over. Mithali Raj had struck boundaries in the 18th and 19th over to ensure India required just three off the final over.

…WW1@katecross16 has just defended three runs off the last over against India.

But Cross bowled with pinpoint accuracy to Bharati Fulmali, who was unable to get her away. She finally miscued one straight to the fielder at mid-off. With three runs required off two, Anuja Patil went for glory, only to get stumped. Shikha Pandey could only manage one run off the final delivery, giving England a remarkable victory.

The odds were stacked up against Cross, but she had a clear strategy in place and was able to execute it. “We practice specifically for scenarios like that and I knew I just needed to keep hitting a heavy length. We’d been able to build the pressure and it was a real team effort to take the match that deep,” she said.

While India suffered a batting meltdown once the captain was dismissed, England didn’t do too well in the same department. The bowlers knew they had no room for error.

“At the interval we knew we were probably 20 runs short so we had to be on it with the ball and everyone stood up,” said Cross. “We took wickets at the right times and made India work really hard for their runs.” 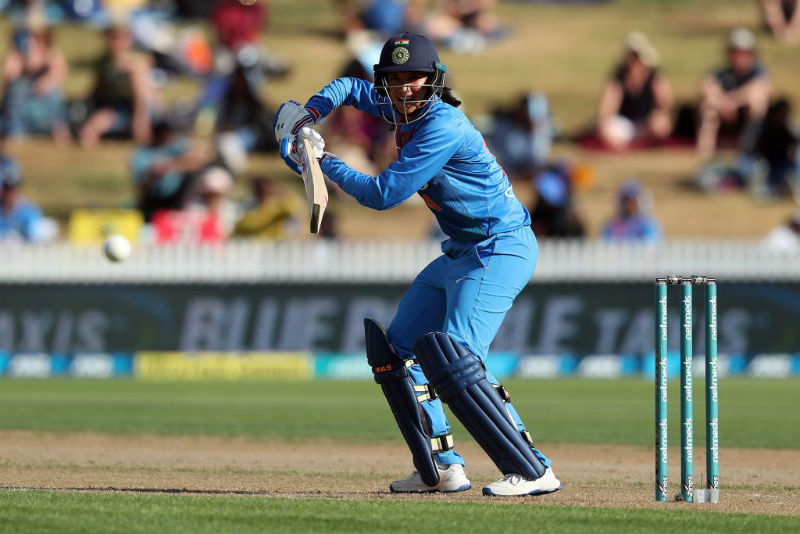 Things unraveled quickly for India once Mandhana was dismissed for 58

England would have been keen on proving a point in the T20Is after having lost the preceding ODIs 2-1. A clean-sweep only sweetened the deal for them. “Winning is a really good habit to get into and we spoke before this game about being ruthless,” added Cross.

“We’ve been in those situations a fair bit as a side and it’s great that again we showed the belief and resilience that has served us so well.”

India were outclassed in all three games, but there were a few promising signs, particularly in the bowling department. Head coach WV Raman said the home team’s inexperience cost them in crunch moments but backed the players to learn from the series.

“In T20 cricket what it requires is to play some smart cricket under pressure. That again comes with experience. We have had quite a few youngsters in the side, so they will learn along the way.”

Mandhana, who was stand-in captain for the injured Harmanpreet Kaur, was justifiably disappointed with how the batters squandered a golden opportunity.

“The way we batted in last two-three overs… the batters had Mithali at the other end. It would have been sensible to take a single and give her the strike. She has enough experience to take us over the line. So definitely we will have a word with all the youngsters what needs to be done.”