It was an amazing summer, and it was the first time I really got to know about cricket, although I didn’t see any of it live. The first occasion I did was a year later on the third day of the second Test against Australia at Lord’s. Instead I listened to it on what was the forerunner of Test Match Special. They didn’t cover every ball at that stage – that didn’t start until ’57  and the catalyst was Jim Laker’s 19-90 at Old Trafford in ’56. The feeling after that was, ‘Goodness me, we can’t miss these things happening in cricket’ and the BBC took that on board. Though not every ball of every Test was on the radio that summer, I certainly remember listening to commentary of Bill Edrich and Denis Compton putting on 370 at Lord’s.

Edrich and Compton both made a huge number of runs for Middlesex and England that summer. Denis scored 3,816 runs with 18 hundreds and Bill 3,539 with 12 hundreds, the two highest aggregates made in a summer in England, a record which will never be beaten. It grabbed my attention enormously. 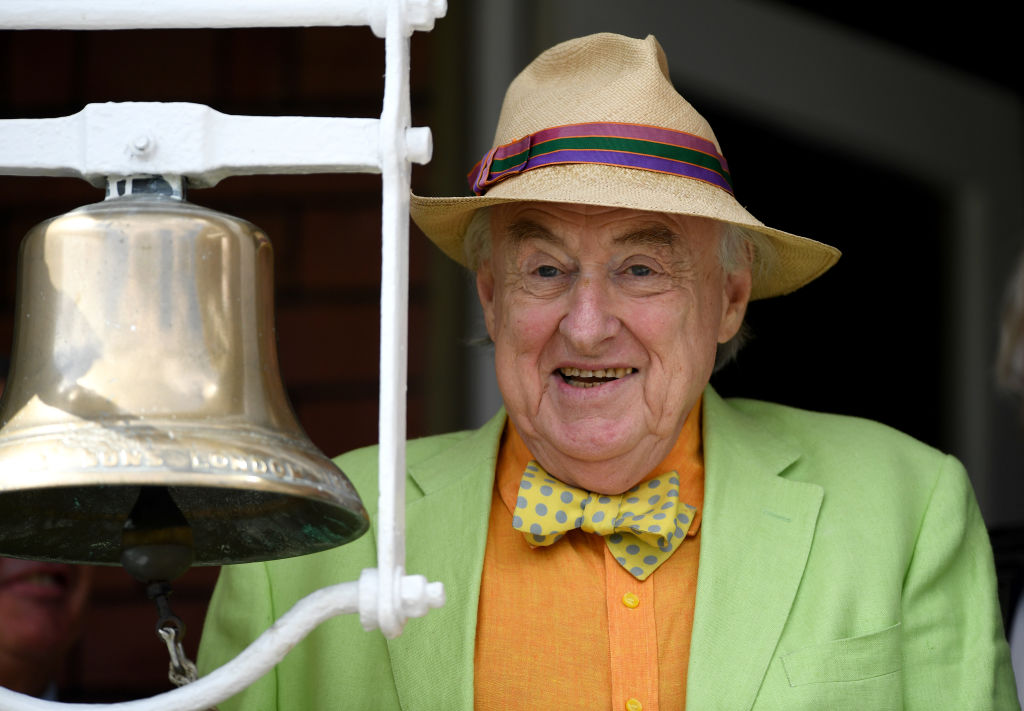 Blofeld’s interest in cricket was sparked in 1947

They could hardly have been more different. Denis was tall and extremely good-looking. He was the Brylcreem boy, and he and Keith Miller were the two great icons of cricket during that time. Denis was a very romantic figure, almost fictional, and he was also a unique player – probably the greatest improviser batting has ever known.

Bill was very small, but very competitive.  He was more of a man-made player, more workmanlike, but brave as a lion; he flew bombers in the War and won a Distinguished Flying Cross. Denis was in the war too, but  he was in India most of the time. Edrich also opened the bowling and was fast in a rather uncontrolled way. At Headingley he became only the second player – George Giffen in 1894 was the other – to take four wickets in both innings and make a hundred in the same Test match.

There was never a sense of them competing with each other at all. They couldn’t have been more different in style but they complemented one another by their difference. 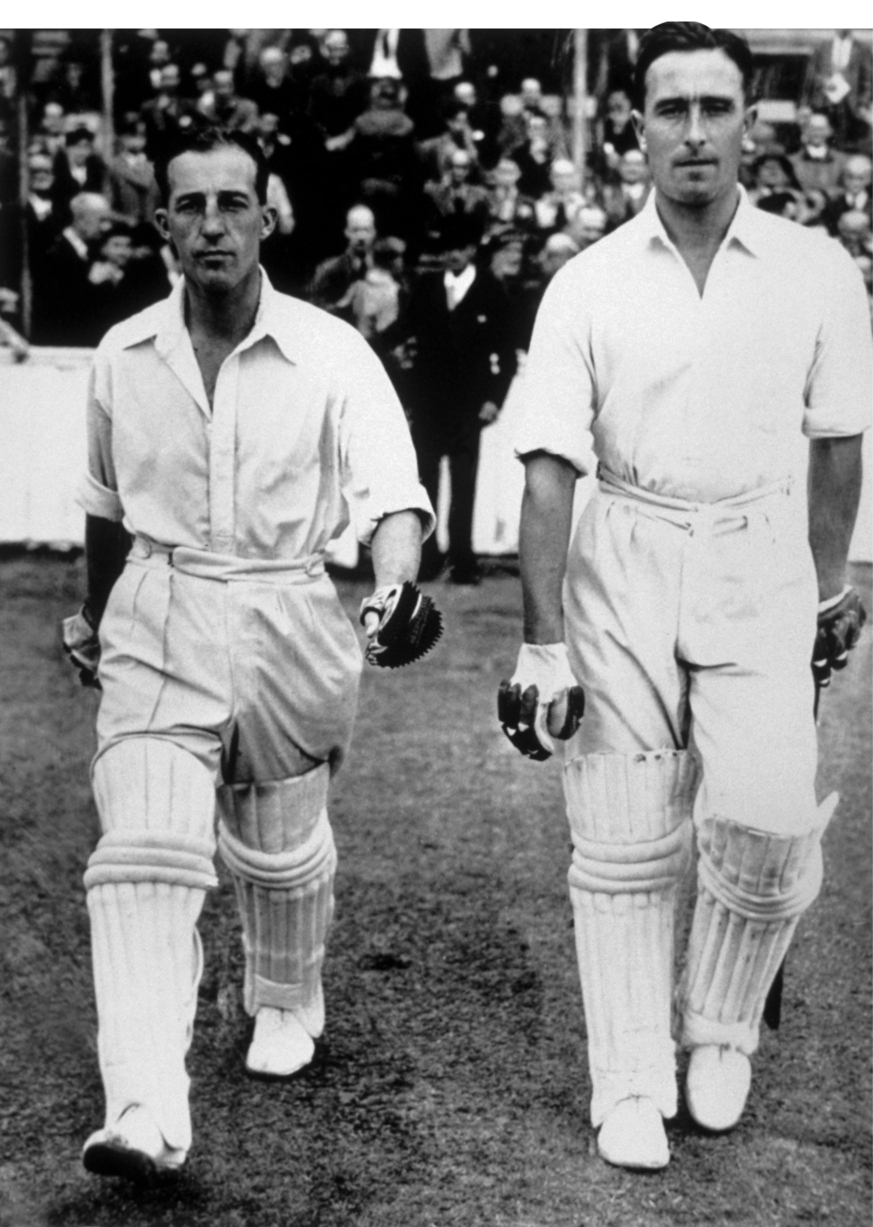 I knew both well – Bill better than Denis because when he finished at Middlesex he came back and captained Norfolk where I was his vice-captain for seven or eight years. He came from Norfolk, the same as me, and I played village cricket against his family for a lot of my youth, so it was a marriage made in heaven for me.

He was a much more interesting person than Denis Compton. Compton was such a genius he didn’t really understand cricket. It seems a strange thing to say but if you asked him about the technique of batting he couldn’t really tell you because he had no need to think about it, he did it so naturally.

That was almost the last year Compton was at his absolute peak. He injured his knee playing football very soon after the War and it started to give him trouble. He managed to win the league title with Arsenal the following year, and he had a wonderful season against Australia in ’48, but after that the knee really took over. 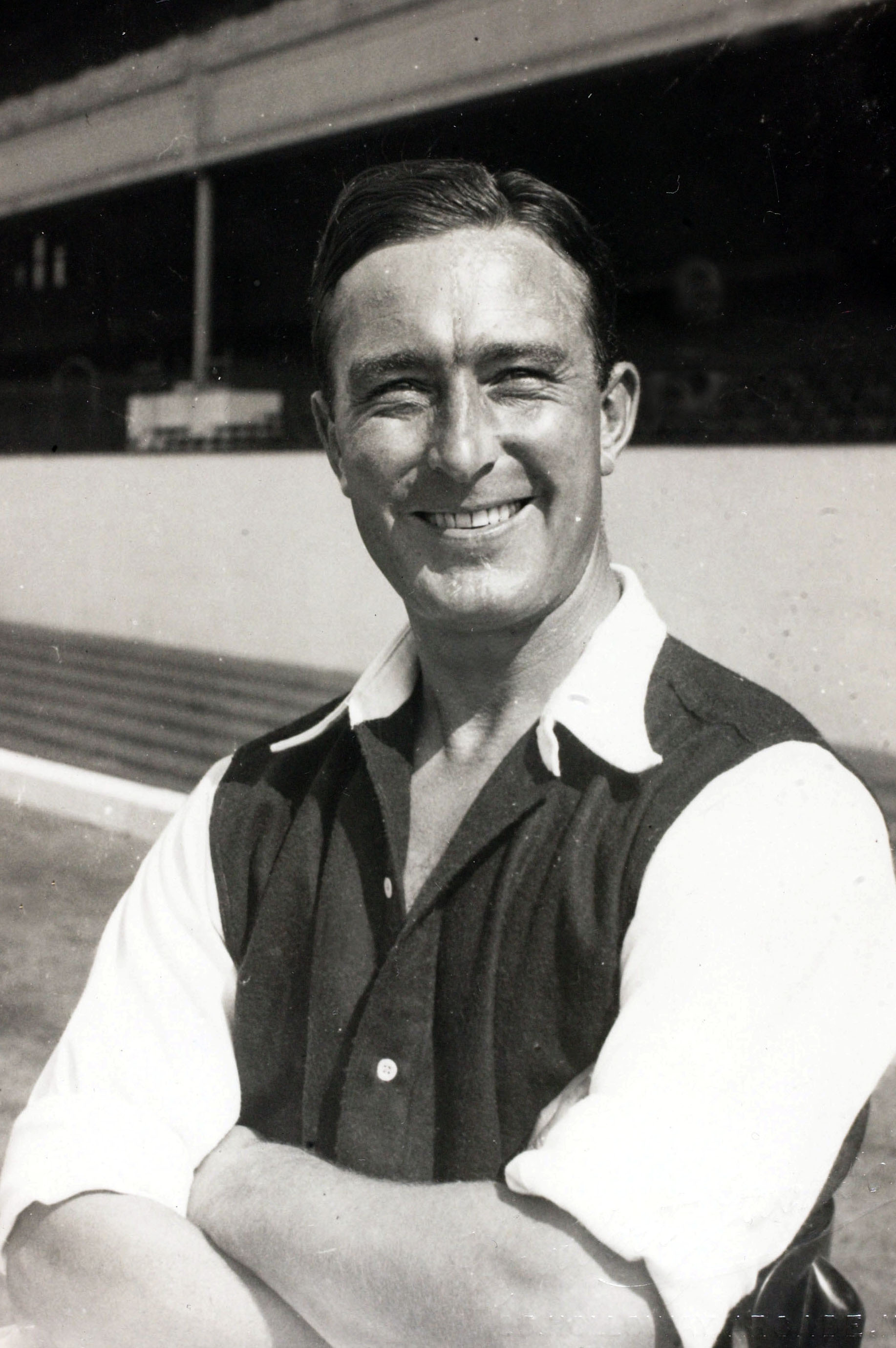 Eventually in ’56 he had his right knee-cap removed, and then retuned to make 94 in the final Test of the Ashes. Don Bradman described it as the best innings of the summer. Even after that he played for the Forty Club against Eton, whom I was playing for. He couldn’t run in – all he could do was stand and bowl – but he made 30 runs on one leg magnificently. A complete freak was Denis. If he had not got injured, he would have broken every record.

I remember cutting out newspaper photographs of Denis and his scores. That summer of 1947 was when I first played cricket myself in a silly sort of way at my prep school, but one was much too young to try and copy Compton and Edrich. I just got a liking for it – it came to me and I grabbed hold of it. Also I hit the ball quite well and that probably helped me like it, the fact that I wasn’t a complete mug.

That summer England beat a not very good South African side. I can’t imagine there was great interest in the South Africans; they didn’t bowl very well, though they did bat quite well. Alan Melville opened the batting with Bruce Mitchell, both good players who scored hundreds in that series. The younger Nourse, Dudley, who averaged over 50 in Test cricket, was playing on that tour as well. He and Melville were named Wisden Cricketers of the Year in 1948 for their efforts that summer. Nonetheless, England triumphed 3-0 in the five- Test series.

The win alleviated losing the Ashes 3-0 the winter before, and it was the lull before the storm as Australia came back in ’48 and beat us 4-0. The squad for the 1946/47 tour had been badly chosen. Walter Hammond never should have gone; he was finished completely and halfway to being an alcoholic. And then, of course, Bradman. 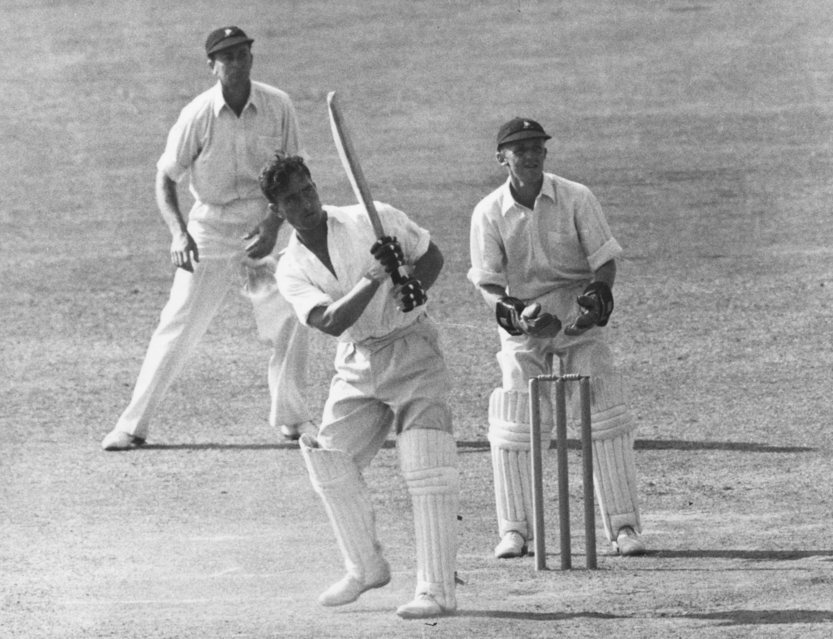 The whole of that series in 1946/47 hinged  on one moment in the first Test in Brisbane when Bradman, who was captain, had made  28, edged Bill Voce and was caught perfectly authentically at third slip by Jack Ikin. Bradman didn’t walk – I think he thought the ball had hit the ground – and the umpire George Borwick gave him not out. Bradman went on to make 187 and Australia won by an innings.

I knew Jack Ikin quite well and he swore it was a straight-in catch. If Bradman had gone for 28 I think he could well have packed it in then – he very nearly didn’t play in that series. And then they went to Sydney and he made 234, with Sid Barnes also scoring 234, and Australia won by an innings. That was it. Bradman stayed on and played whatever tours there were: South Africa to Australia, India to Australia, and Australia to England in 1948, when he led ‘The Invincibles’, one of the greatest sides to have played the game. Only after that did he retire.

After a war like we had you were just jolly glad to be alive. In a sense that 1947 summer was a case of rebuilding for the England team. But it wasn’t like rebuilding in the modern era, it was a question of trying to get  a side to be competitive at the top level after people had died and been wounded.

Len Hutton, Compton and Edrich were all pre-War cricketers but Hedley Verity had gone, Ken Farnes had gone, Hammond had retired. Even Hutton had one arm shorter than the other after getting injured during the War and was never quite the same player as before. Norman Yardley took over from Hammond as captain but had played just one Test prior to the War, while Alec Bedser and Godfrey Evans were new to Test cricket.

The relief of being free from the War, that life was returning to normal, is something you can’t understate

But although it was a rebuilding process, I don’t think it was looked at as that. Everyone was just thoroughly grateful to be there. The relief of being free from the War, that life was returning to normal, is something you can’t understate.

It was still a strange time, the food was filthy. I was lucky enough to live in Norfolk on a  farm so the food I had at home was a bit more palatable, but I remember going to boarding school in ’47 and the food was almost inedible. But one didn’t think of it as inedible because one didn’t know much else.

Absolutely everyone watched the County Championship that year. All the grounds were completely full. There weren’t anything like the alternatives – there was no television worth speaking about, there were no other attractions – and therefore the popularity of cricket was enormous. It’s something you can’t conceive of now. County Championship matches between Glamorgan and Northamptonshire were pulling in thousands of people a day. Middlesex played Surrey at Lord’s in front of 25,000 people.

All the people playing had been in the War, playing for much higher stakes than making runs in the middle, and all of this was reflected. People didn’t sledge each other, people played very hard but in a much greater spirit than goes on today.

Middlesex in those days were my side  and they won the Championship, beating Gloucestershire narrowly to the title thanks to the efforts of Compton and Edrich. They had a wonderful side and the sun shone throughout. That encapsulates the summer in a nutshell.

It’s my golden summer because it was my first in cricket, it was the start of something that blossomed, and because of Edrich and Compton – one my local boy and the other a great hero, the great god of batting.