A wiry, bald, orthodox off-spinner in an age of mystery – a groundsman in a previous life – Lyon now stands alone as Australia’s third-highest wicket-taker in Test cricket. Move aside, Dennis Lillee; the GOAT has snuck through. It’s a tale that has encompassed 357 wickets thus far; here are six that will live long in the memory.

How would you feel bowling your first ball in Test cricket? You’d think the lyrics of a certain Marshall Mathers might ring in your ears: “Yo, his palms are sweaty, knees weak, arms are heavy. There’s vomit on his sweater already: Mom’s spaghetti.” Talk about ruining your whites.

For Lyon there was also the added expectation of being an Australian spinner in the post-Warne era. Many pretenders before him had faded from the scene: Brad Hogg, Nathan Hauritz, Bryce McGain and Steve Smith 1.0, to name a few. 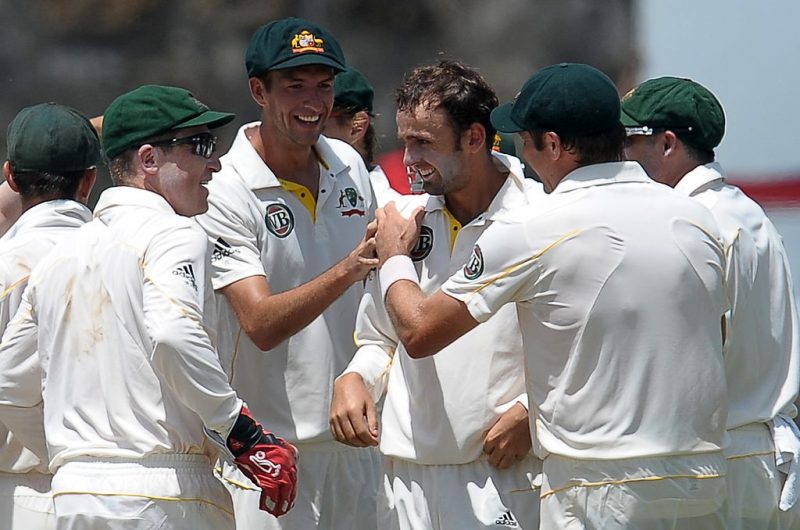 Lyon’s first Test delivery was defiant in the face of Eminem’s bars and the shoes he had to fill. Stood at the other end was Kumar Sangakkara, a giant of the game. But Lyon was unperturbed. A regulation, flighted off-break – the revolutions imparted – lured Sangakkara forward, and Michael Clarke dived brilliantly to his left at slip to take the catch. A young Lyon – still with some hair up top – roared, as did the late Tony Greig in the commentary box.

OK, it’s Chris Martin, a man whose batting ability (or lack of it) spawned this cinematic masterpiece. But for Lyon it’s a delivery he remembers fondly. “One of the best balls I’ve bowled is actually – this is embarrassing – bowling Chris Martin at the Gabba,” he told cricket.com.au last year.

After his dismissal of Joe Root, only Glenn McGrath and Shane Warne have taken as many Test wickets for Australia as Nathan Lyon.

And can you really blame him? Tossed up well outside off stump, a hint of drift before pitching and turning sharply to beat both bat and pad and rattle the stumps, it was a dreamy dismissal, the kind every off-spinner craves.

“I wish that was AB de Villiers or Kevin Pietersen,” Lyon added rather cheekily. We can’t have it all, Garry.

Twenty-thirteen was a mixed bag for Lyon. Despite nine wickets in the Delhi Test against India, Lyon was left out of Australia’s side at the start of the Ashes series that followed. In his place arrived a 19-year-old left-arm spinner by the name of Ashton Agar.

A simply ridiculous knock of 98 followed in Nottingham as Lyon watched on, a kid battering England with youthful fearlessness. But Agar’s lack of success with the ball saw Lyon return not long after, and he kept his place through the 5-0 series whitewash over the English Down Under. 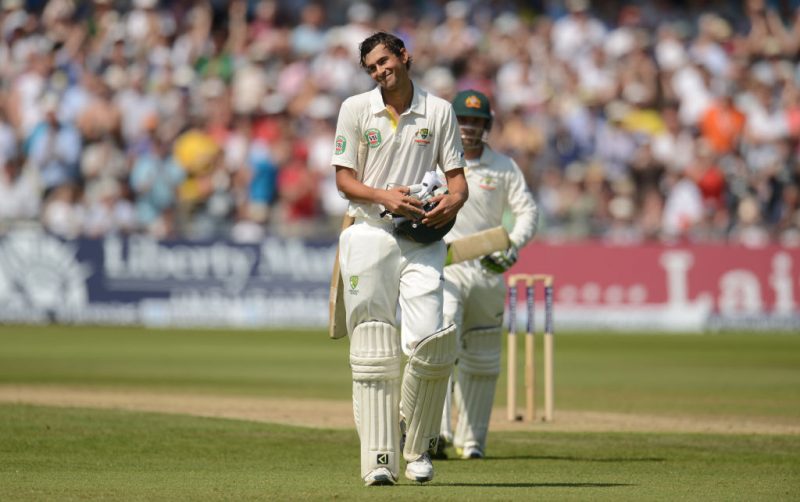 While Mitchell Johnson battered bodies and tortured minds, Lyon wheeled away cannily to collect 19 wickets in the series. His own crowning moment arrived with a five-for in Melbourne, a haul that included his 100th Test wicket, Stuart Broad the landmark victim as he prodded forward to a flighted off-break before Clarke did the rest at slip.

A tumultuous year for both Lyon and Australian cricket was to end on the happiest of notes.

There’s no harm in playing the rhythm guitar in the corner, chipping in with the backing vocals and collecting your paycheque. But sometimes the occasion calls for you take the lead.

Three years into his international career, Lyon had established himself as a useful support act without really delivering the defining performance to take Australia home. He chose his moment wisely in what was a poignant affair at the Adelaide Oval.

Varying his flight and spinning the ball as sharply as ever, Lyon found comfort in a country where few foreign twirlers ever have

The recent death of Philip Hughes cast a shadow over the first Test between Australia and India, every centurion from the home side celebrating with raw emotion as they mourned the passing of their teammate.

India made a real fist of their chase of 364, Virat Kohli and Murali Vijay putting on 185 for the third wicket. But Lyon, with a pitch offering him assistance, continued to toss the ball up and invite errors.

He collected wicket after wicket, and victory was secured when Ishant Sharma fell dancing down the track only for Lyon to fizz the ball down the leg side and let Brad Haddin complete the stumping. The Australians raced to the figure of 408 painted on the turf in tribute to Hughes; Lyon celebrated not only a famous win but also his 12th wicket of the match.

For all of Shane Warne’s mastery, India was a battleground where he was made to feel mortal, his 34 wickets there coming at an average of 43.11. Therein lies the difficulty of visiting a nation where batsmen play the turning ball with such expertise.

When Lyon visited India in 2017, he was a far more skilled operator than the one who had visited four years earlier. Nonetheless, true dominance in Asia hadn’t found its way onto his resume just yet.

After Steve O’Keefe dominated the first Test in Pune, Lyon took centre-stage in Bengaluru, returning 8-50 in the first innings.

Cheteshwar Pujara was the first of Lyon’s scalps, extra bounce seeing the batsman offer up a catch to Peter Handscomb at short leg. Varying his flight and spinning the ball as sharply as ever, Lyon found comfort in a country where few foreign twirlers ever have. Since the start of that Indian tour, he has collected 53 wickets from eight Tests in Asia at just 22.26. Sublime.

How Moeen Ali must hate the sight of Nathan Lyon. Is there no such thing as a spin bowler’s union? 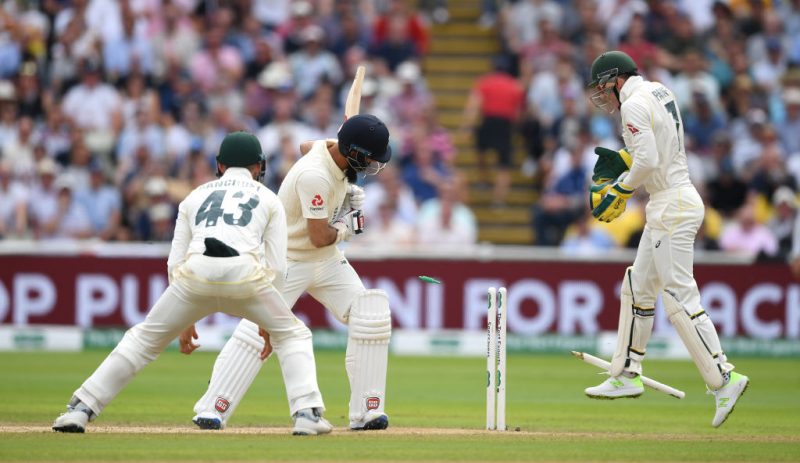 Lyon has tortured Moeen; England’s own off-spinner has been removed by his Australian counterpart on nine occasions in 11 matches.

Seven of those dismissals came in the 2017/18 Ashes and that stranglehold was resumed in the first innings of 2019 Edgbaston Test as Moeen made the fatal decision to leave against Lyon, hoping ever so desperately that the ball would spin past his off stump. Instead, it uprooted it. To make matters worse, Moeen departed to the spinner in the second innings as well before being dropped from the side.