“Professional athletes are shooting stars,” the former basketball player Kareem Abdul-Jabbar once wrote. “They burn bright as they flame across the sky, then suddenly fade into quiet darkness.” And it’s often said that the toughest challenge athletes face in retirement is recreating the high-wire adrenalin hit of international sport.

Victoria Pendleton tried becoming a jump jockey. Usain Bolt briefly flirted with football. And almost a decade after retiring, Andrew Flintoff still seems to be striving, on some piteous level, for his light-entertainment equivalent of the 2005 Ashes: hurling 95mph banter missiles on Radio 5 live, gurning unchanged through a whole session on A League Of Their Own, striking the heroic victory pose in adverts for plus-size menswear. 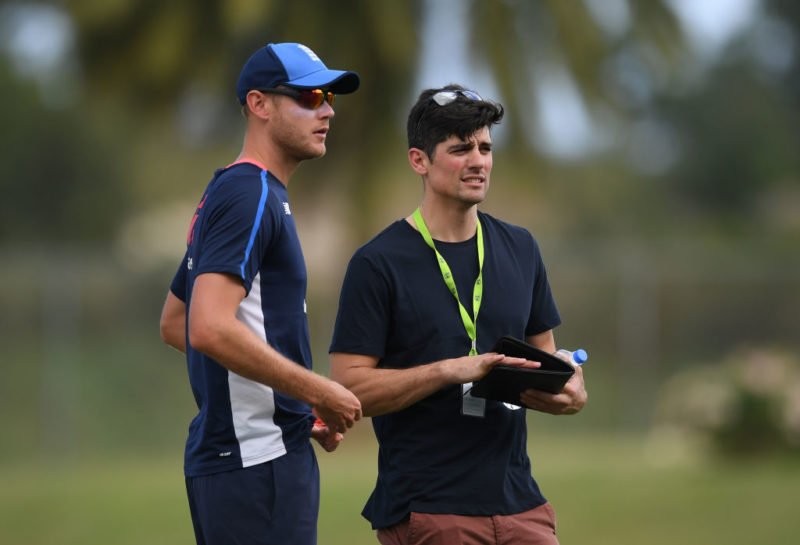 With Alastair Cook, on the other hand, it’s the opposite. As batsman and captain, Cook’s career was defined less by the sugar rush than by its antithesis: caution, calm, an even humour. Indeed, now he has stepped out of the bain-marie of Test cricket, real life must feel terribly over-stimulating: an exercise in trying to recreate the intense adrenalin lows of batting for seven hours on a Lord’s featherbed.

Certainly, it’s been fascinating to watch Cook over the last few weeks, drifting unassumingly around the media centres of the Caribbean in his new role with the BBC. Of course, there’s no pretence that he’s one of us now: the battle scars are still fresh, the old suspicions still hard-wired, the walls still resolutely up. Besides, he’s under the wing of Aggers now, who barely bothers to conceal his disdain for the great unwashed of the written press, like a French aristo pinching his nostrils as he strolls through a peasant market, lest he get an unwanted whiff of rotting chicken giblets.

He still has the aura of an athlete, the ability to gently warp the gravity of a room around him

And yet there’s something mildly disconcerting about sharing a space with this sporting colossus, with his 12,000 Test runs and his silly knighthood. Even though he’s swapped his whites for a sensible polo and tailored shorts, he still has the aura of an athlete, the ability to gently warp the gravity of a room around him.

It shouldn’t be startling, I suppose, to pass a fellow human being on the stairs, or see him checking his phone, or overhear him asking for a second piece of barbecue chicken in the canteen (after all, if you’re going to eat lunch, make it a daddy). But it is.

What you don’t detect is any kind of glazed wistfulness or residual regret. There was a minor kerfuffle during the tour when Cook admitted that he could “never say never” to an international return. But I don’t think it’ll happen. Even if you take his famous stubbornness out of the equation, his demeanour in the face of England’s recent collapses evoked less a yearning for past glories and more the blessed relief of a man who knows he will never have to open with Keaton Jennings again. 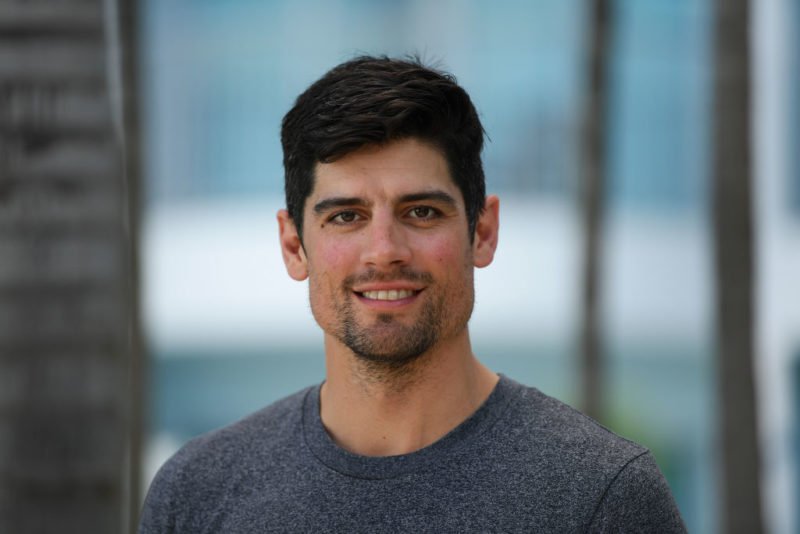 Even in retirement, the aura of an athlete remains

Which leaves open the question of what does come next. The media career is embryonic, but a path he’s committing to for now: as well as his BBC deal, he’s signed up for 20 columns with the Sunday Times, and is busy writing his memoirs with the ghostwriter Michael Calvin.

Unlike his old mentor Graham Gooch, a man who so utterly engrossed himself in cricket that he was essentially unable to speak any other language, Cook was always a better communicator than many gave him credit for. And, as ever, you suspect that when he applies himself to something, he simply won’t allow himself to do it badly.

And as for the thrills: well, he always got those off the field anyway, whether it was shooting deer or his lesser-known hobby of stunt driving. According to Terry Grant, a close friend and professional stuntman, Cook can already perform a variety of tricks: spinning, J-turns, reverse flicks, skidding into a small parking space.

“Alastair likes to do tough stuff that thrills him,” Grant said in a 2016 interview, which does make you wonder whether there was a Dilscooping T20 gun in him all along.

We’ll never find out. In a way, this has always been Cook’s greatest talent: the ability to hide in plain sight, to waft through life without touching any of its four walls. Just as his innings would glide seamlessly from 0 to 20 to 200, the drift from player to ex-player feels just as effortlessly serene.

Abdul-Jabbar is right about a lot of things, but he was wrong about Cook. He never flamed; he simply glows, inexplicably and relentlessly.

This article was first published in issue 17 of Wisden Cricket Monthly. Subscribe here