In the immediate aftermath of England’s World Cup win, Chris Woakes sat down with Wisden Cricket Monthly’s Phil Walker to give the magazine the inside story. Here’s a selection of quotes:

“We felt the pressure, no doubt, with all the talk about us being favourites. A good start was essential, we knew that. So it wasn’t ideal when Jonny got a first-baller…”

“To come back on and bowl his cutters, his slower balls, and then a 94mph bouncer with no change whatsoever in his action, that was the moment when I thought: ‘My god, this guy is good.'” 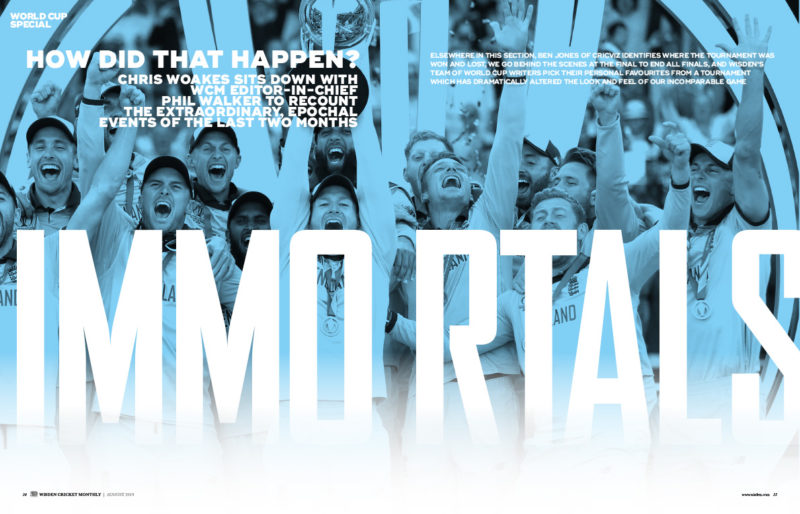 “Jason and Morgs picked up injuries, so I got a tap on the shoulder to have a go at No.3.”

“Seventeen sixes, more than any other ODI innings. People may say it was only Afghanistan but that was a banana skin of a game.”

“How did we lose that one? I still look back on it and wonder how it happened. For four years we’d been about taking the positive option, and here we just didn’t do that.”

“The guys were low, no doubt. We’d nearly thrown it away. And of course the odd doubt began to creep in.” 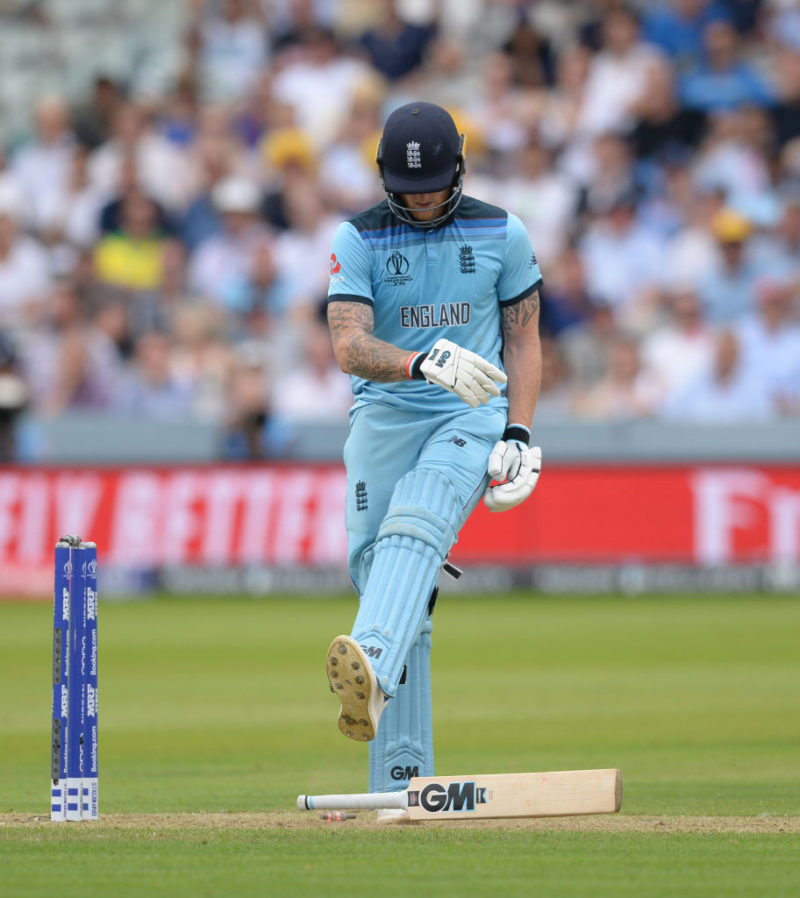 “My first initial reaction was, ‘Oh no, Jonny’. Deep down I don’t think he meant what he said. Whatever the thinking, it certainly had the desired effect.”

“Rishabh Pant was batting and the way he plays, I felt in the game out there against him. When I dived and left the floor it was probably a bit further away than I’d anticipated.” 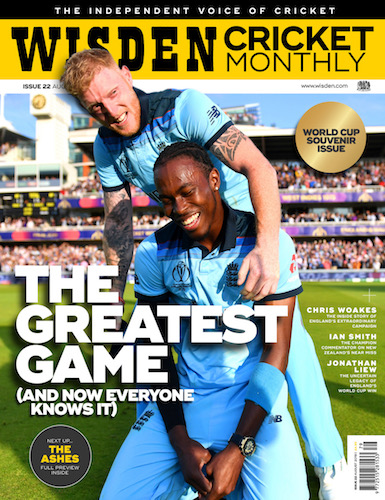 “We know how good Jason Roy is, but to see him take on that bowling attack like that was something else again.”

“Man of the Match on my home ground against the old enemy. It was comfortably the best day of my career. A feeling that lasted for less than a week.”

“Jofra had to take the Super Over. You have to give it to your best death bowler. I saw Morgs give Jof the tap on the shoulder and it was 100 per cent the right call. Did I breathe a sigh of relief that it wasn’t me? Definitely!”

“It’s been a long four years. We’ve beaten everybody along the way. But it means nothing until you get to a World Cup. Nobody gives it to you for free.”

“For us, as 15 players, to have gone down a path that no other England team has ever gone before, I think we’ve earned the right to enjoy this for quite a long time.”

Phil’s full interview with Woakes can be found in the latest issue of Wisden Cricket Monthly. Subscribe here.