Staying positive, early retirements and self-preservation – our secret county cricketer reveals all about the dreams of nightmares of professional cricket.

The start of the season is a strange time as a professional. There’s always a lot of talk about targets and trophies and without fail everyone’s really positive. But then it actually starts, and after one or two games you’re either flying or you’re falling apart.

When you’re in a bad run the season drags on so much. You’ve got so many games coming thick and fast. If you’re in a bad place, you’re praying for a break. But if you’re winning you think you can beat anyone.

I’ve always believed that the team I’m in is going to win that game of cricket. That’s just me. But when I’m not playing, when I’m on the outside, I don’t have that same confidence because I can’t affect the outcome. I try and keep any concerns to myself, as some players don’t want any negativity around them.

The problem is that cricket can breed a negative attitude. A lot of county players like to put themselves and the game down. I think it’s more of a defence mechanism to protect themselves against failure. Cricket is a team sport, but the individual within it is already set up to fail. And so they’ll complain about the schedule, and go on about the ‘county grind’ – the life of motorways and service stations, of different hotels, and a different cricket ground every week, moaning that they’re either spending a lot of time with the same people or they’re on their own.

It’s because of this fact that cricketers fail most of the time – unless you’re one of the elite players, and even then you fail more than you succeed – that makes it difficult to stay positive. You’ve got to love the game and love the people you’re playing with to get the best out of yourself. But the more seasons a cricketer plays, and the more knocks they receive, the harder it is for them to avoid the dressing-room politics, and for that stuff not to bring them down. 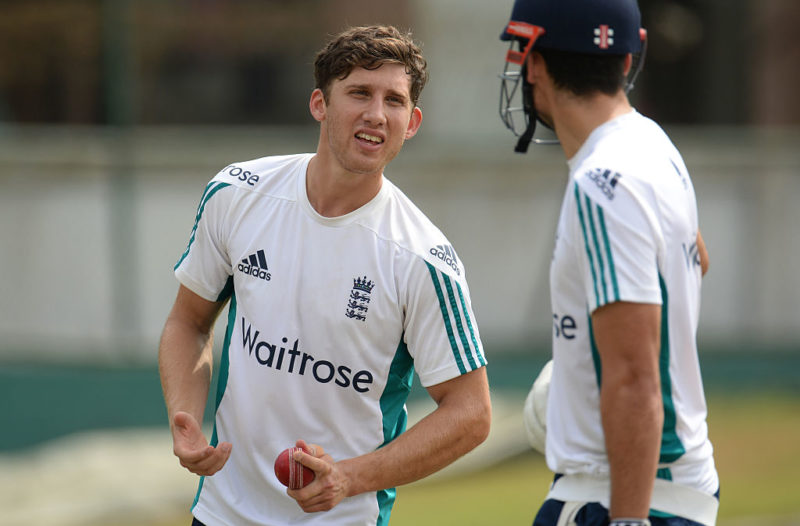 Ansari retired from cricket shortly after his England Test debut

You want to believe that the vast majority of players still love the game, deep down. But you do see players dropping out quite early, either to do something for more money or because cricket just doesn’t grab them anymore. Zafar Ansari retired at 25. He made it quite clear that cricket was never going to be everything to him. Alex Loudon a few years back, having just made it into the England team, retired mid-career to work in the City. Michael Gough is another; he was opening at Durham but stopped at 23 because he just lost that love of playing. But he’s since become a brilliant umpire, so it wasn’t that he fell out of love with cricket itself. Just the grind of playing it.

A few years back, the team I was playing for had one of those nightmare seasons. It had all started so well, we’d won our first few games in all forms, and we were flying. Halfway through the season we were in the top two of the Championship and ended up falling away drastically. It was a case of, ‘What the hell happened there?’ People started blaming one another. It was a split camp, young lads looking for inspiration from the older guys and the older guys looking after themselves and moaning about the coaches, trying to put the blame anywhere but their own doorstep.

Related Story: Deep Cover: The Hundred Draft – watching from the outside

I’ve played with players at all levels where you can see that kind of self- preservation creeping through. It’s quite obvious. It never helps the team. It’s something that the individual has to deal with themselves; if they’re that insecure, they’ll have to find a way of dealing with it personally. It has to be about the team – but in cricket, when push comes to shove, that’s not always the case.

And that’s where good – and bad – leadership comes into play. I’ve played under guys who were good coaches but terrible communicators, who were really bad at staying level- headed. When we were up, it’d be high fives on the balcony, and when we were down, it would be silence and ignoring you. And then you’d end up losing respect for them as a coach, because you’d feel that the personality side of things had gone. So much of county cricket’s psychological survival kit comes down to man-management.