A review of Cricket Captain 2019 – the leading (quite literally) and incomparable cricket management sim is back.

The latest incarnation of the much-loved series is here. Cricket Captain 2019, much like its predecessors, is one that delivers a raft of familiar features alongside a handful of tweaks and improvements – a fact that keeps devotees of cricket’s premier video game coming back year after year.

In the latest edition, players can take control of the domestic teams from eight Test nations, including an updated South African T20 league, resembling the Mzansi Super League, although – with the World Cup and Ashes on everyone’s mind this summer – it’s tempting to get stuck into some international cricket from the off. Unsurprisingly, this is exactly what we decided to do, starting with a dip at white- ball glory. 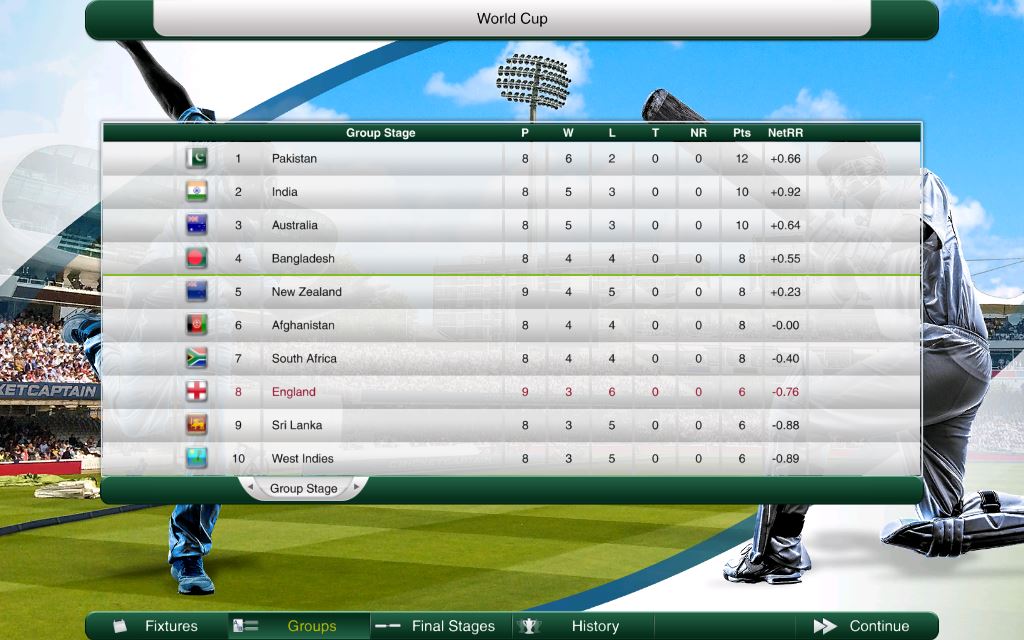 It’s always important to mention that getting to grips with Cricket Captain is pretty straightforward. There are those who see ‘management sim’ and ‘complicated’ as virtual synonyms, but besides a few moments of loading, the set-up is quick and straightforward. Like the real England team, we started our World Cup campaign with a convincing victory over South Africa, a world-record chase suggesting the match engine has been realistically re-balanced to reflect England’s recent fireworks in 50- over cricket.

One of many useful gameplay additions this time around is the ability to use the target run-rate indicator (T.RPO) in conjunction with the batting aggression meter, which – in simple terms – means that you can better pace your assault on a 500+ plus target/collapse to 200 all out in 25 overs (delete as appropriate!). 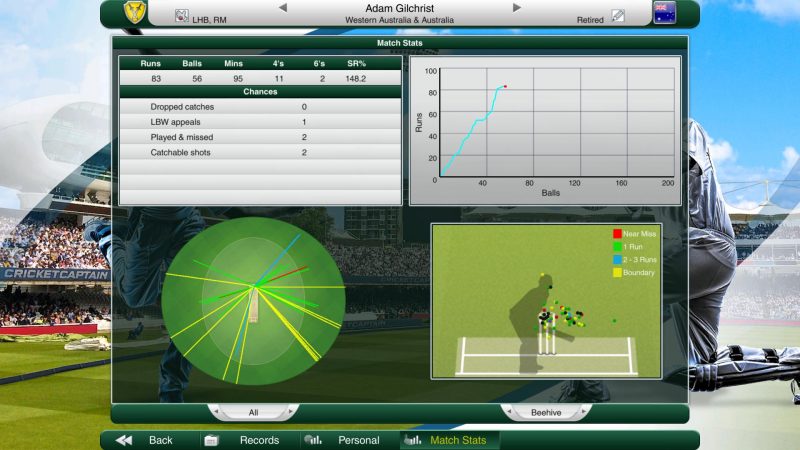 A batting beehive from one of the matches

Slow-left-arm wrist-spin is also in the game for the first time, although we start to wish it isn’t after Kuldeep Yadav wreaks havoc to consign us to one of six defeats (don’t snigger) in our first World Cup. That said, imagine an invitational team featuring Kuldeep and Dave Mohammed bowling in tandem. Unlikely, you say? That’s the beauty of virtual reality.

Talking of which, in tournament mode the ‘All Time Great Series’ option has been given a welcome shot in the arm with the addition of a World XI. While realistic gameplay is essential to Cricket Captain’s success, it’s always fun to use these options to create unlikely batting orders (who says Trent Boult couldn’t make it as a pinch-hitter?) or appetising bowling partnerships, and enjoy a one- off game. 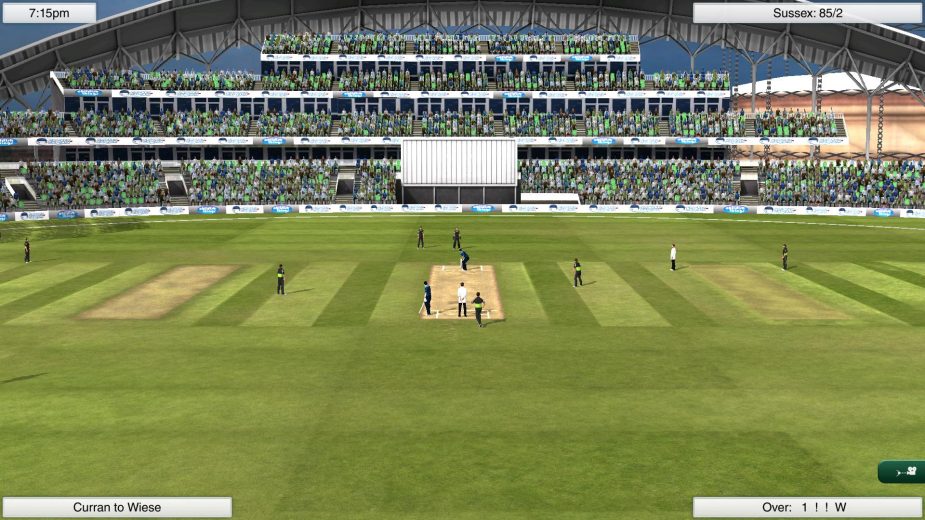 Like our forward defence (both real and digitally rendered varieties), Cricket Captain 2019 isn’t perfect. Long-standing fans may hope for a few more major changes, with DRS – now almost a decade old – not yet a part of the game, Jonathan Agnew’s commentary due a refresh, and occasional glitches (like wicketkeepers diving where the ball isn’t but still managing to catch it) taking some of the gloss off this, by and large, shiny offering, even if they do provide a few giggles.

Related Story: Which bowler should England leave out at The Wanderers?

None of which changes the fact that Cricket Captain remains the genre’s most complete game. With its incredible database of statistics, and increasingly impressive gameplay, it gets better year on year, which is no mean feat.

Cricket Captain 2019 is available to buy for iOS, Android, PC and Mac at childishthings.com