Jonny Bairstow says losing the wicketkeeping gloves to Ben Foakes in England’s Test team forced him “to re-evaluate” his place in the side and change his “mental state”.

Foakes was brought in as keeper for the first Test against Sri Lanka in November when Bairstow was ruled out with an ankle injury and he retained his place after hitting a century on debut in Galle and performing superbly behind the stumps.

Bairstow returned to the side as specialist batsman for the third Test in Colombo, hitting a century from No.3, but made no secret of his determination to win back the gloves.

"I did it for three years, worked hard, and all of a sudden it’s gone"

He got his wish in the Caribbean when Foakes, who had been named Player of the Series in Sri Lanka, was dropped for the third Test in St Lucia, with coach Trevor Bayliss subsequently admitting the Surrey stumper may struggle to earn a recall now Bairstow has returned to his favoured middle-order role.

“It’s embedded in my DNA, I’m afraid,” Bairstow says of wicketkeeping in an exclusive interview with Will Macpherson in the latest issue of Wisden Cricket Monthly. “Of course I missed it. I did it for three years, worked hard, and all of a sudden it’s gone. I had to re-evaluate, change my mental state and think about a lot of other things.

“If you play a shit shot, you don’t have keeping to take your mind off it. If you drop a catch, you have your batting to fall back on.” 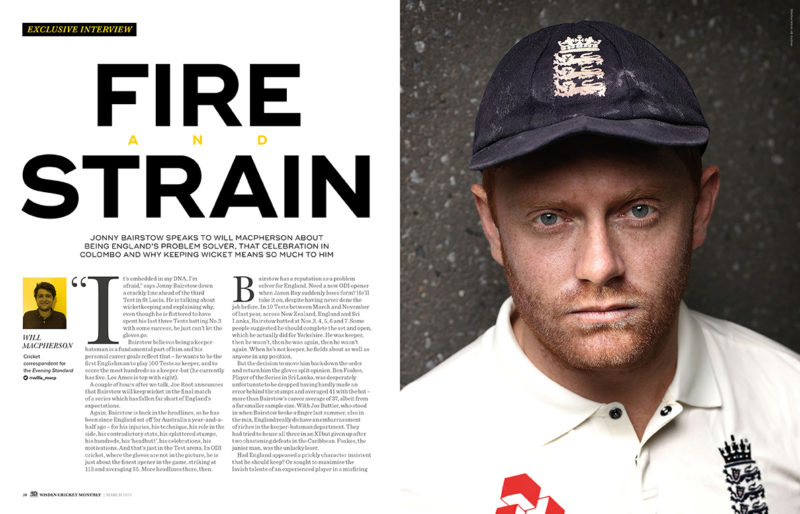 Bairstow also speaks candidly about the injury he suffered in Sri Lanka and how the pent up frustration of his time on the sidelines led to his impassioned, headline-grabbing celebration upon reaching three figures in Colombo. 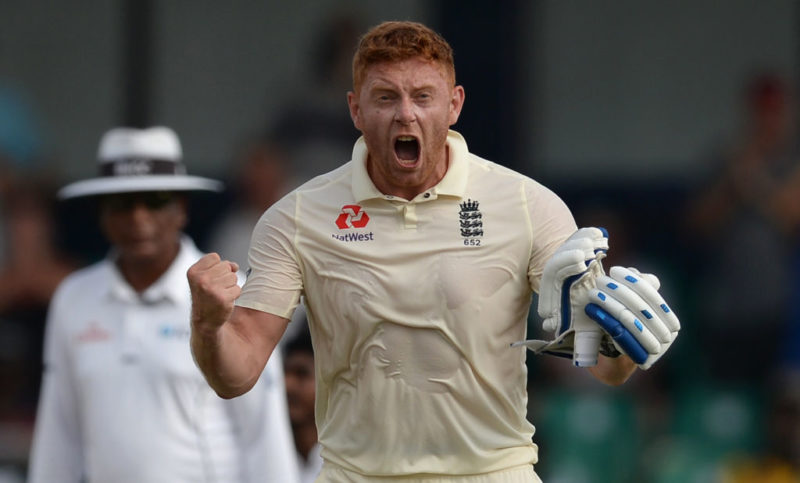 Bairstow lets it all out after reaching his hundred in Colombo

“It’s the difficult times, sat alone in your hotel room a bit down, waking up knowing you’re going to rehab not to train,” he says. “When you get back, and score a hundred at the first opportunity, it is a passionate thing.

“I was sleeping on an ice machine, sleeping with cushions at the end of my bed so my foot was elevated, all trying to get the swelling down. The boys were training and I’m just sat in my room helpless. I knew I had two weeks [to get fit enough to feature in the Test series against Sri Lanka], and if I didn’t get the swelling down it could turn into a nightmare.”

To read the Jonny Bairstow interview in full, as well as a cover feature on the 12 greatest individual performances across a Test series, pick up a copy of issue 17 of Wisden Cricket Monthly 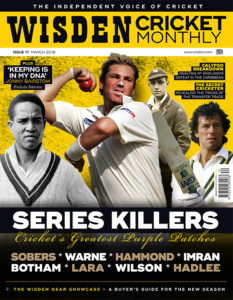