New Zealand’s enigmatic captain has taken a team built in Brendon McCullum’s image and made it his own, all the while quietly staking a claim to be the best Test batsman in the world. So how does he do it? Jo Harman, magazine editor of Wisden Cricket Monthly, attempts to find out.

In one of the final pieces he wrote before his death, Martin Crowe reflected on his first impressions of Kane Williamson as a childhood prodigy on the New Zealand schools circuit, and his development as a cricketer and as a man. “He didn’t just score runs, he created masterpieces,” Crowe wrote for ESPNcricinfo in March 2015. “Huge centuries, on a regular basis, came from a young mind that could see what no other around him could see… No one came close to him on the pitch. Off it, he was and still is, and will always be, someone you would be privileged to get close to.”

Four years later, those words feel even more pertinent. Williamson has replaced Crowe as New Zealand’s leading Test centurion, moved to within a few points of Virat Kohli at the top of the Test batting rankings and seamlessly taken over the national captaincy from Brendon McCullum, guiding the Kiwis to No.2 in the Test rankings for the first time in their history and putting them among the favourites for the World Cup. But it is that final line of Crowe’s which resonates most as Williamson speaks to WCM from Wellington, a few days after hitting an unbeaten double-century against Bangladesh at Hamilton. 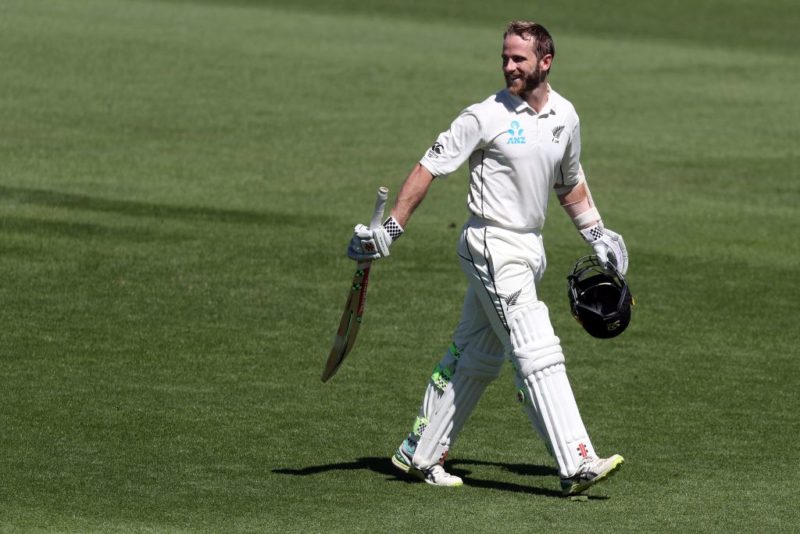 After nearly a decade as an international cricketer, we still know very little about what makes Kane Williamson tick. Access remains privileged.

In part that’s a product of his environment. “I imagine it would be very challenging,” Williamson says when asked how he would deal with the level of attention Kohli receives in India. “In New Zealand you can walk down the street, pick up your coffee and not have too many dramas. You get recognised every now and again, which is fine. I guess in different countries there are different attitudes towards things. In New Zealand people are fairly laid-back in most things that they do. It’s good, everybody just cracks on with it.”

Paul Ford, co-founder of the Beige Brigade, the New Zealand supporters’ group, says Williamson “has made an art form out of being low-key and deliberately boring in public life”. He adds: “I’d describe him as highly admired but pretty low-profile – he is known for cricket, cricket, cricket.” 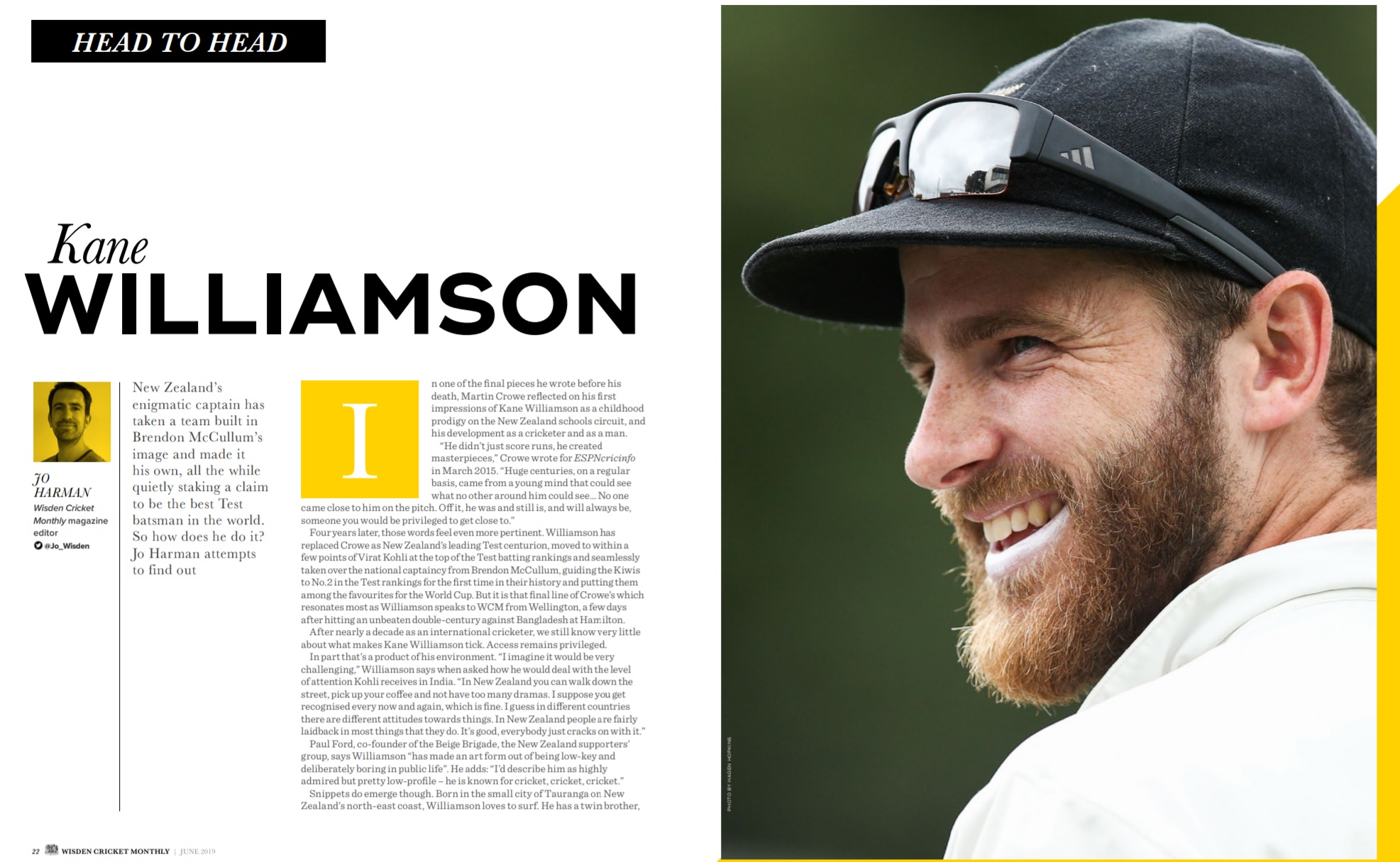 Snippets do emerge though. Born in the small city of Tauranga on New Zealand’s north-east coast, Williamson loves to surf. He has a twin brother, Logan, who has no attachment to cricket and works in the financial services, and three elder sisters who also have little interest in the game. He’s a darts obsessive who enjoys epic battles with Sunrisers Hyderabad teammate David Warner (one of which was filmed, at which point Williamson promptly threw a 180). He starred at basketball as a youngster and was also an outstanding fly-half at age-group level who dreamed of one day representing the All Blacks.

"His captaincy is a reflection of his character, and that’s what great leaders do"

“Kane’s all about the small things,” says Jeetan Patel, a former New Zealand teammate. “He loves his dog, he loves his partner, he loves going home and hitting balls with his old man. He’s literally just another bloke who loves playing cricket, and you can see that in the way he goes about it. For him, success is spending time out in the middle.”

By any measure, Williamson’s recent performances in Test cricket have been staggering. He averages 71 since the start of 2017 – the highest of any player to have batted more than three times in that period – with six hundreds in 24 knocks. In that time he has led the Black Caps to six wins in their last seven series, including a first victory over England since 1999 and a first win against Pakistan on foreign soil for 40 years.

Williamson is quick to credit his predecessor with laying the foundations for the team’s success, for “giving the team an identity and getting everyone walking in the same direction for that common cause”, but Patel says he is underplaying his own role in their progression since.

“Kane’s been lucky that he had Brendon go before him, who explored the opportunity of being brash and bold, because Kiwis aren’t normally like that,” says the former New Zealand spinner. “What Brendon did was get us on the map, and Kane has been able to call upon that, and the licence it gave guys to express themselves, but then within that tried to hone the team’s control of the game. Kane is about controlling the game before dictating terms – you can see that with his batting. A lot of his captaincy is a reflection of his character, and that’s what great leaders do. They express themselves and therefore the team can get on board with who they are as people.”

That expression has also been evident in Williamson’s batting since he took on the captaincy – he averaged 49 in Test cricket before taking the job and averages 64 since. 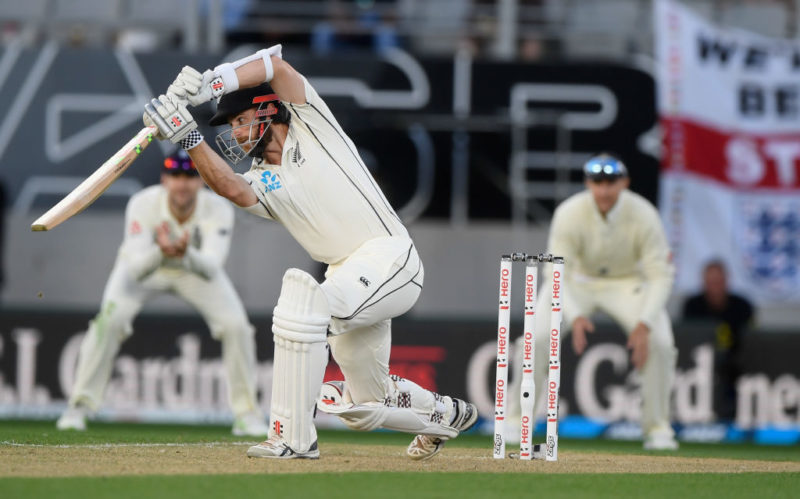 Kane Williamson drives towards the boundary on March 22, 2018

“I’m always trying to improve my game and hopefully be a better player and I guess that’s the same with captaincy,” he says. “I try and look at them in slightly different lights. With the captaincy it’s a job, and batting and your contribution to the team is in some ways separate. It’s been something that has been enjoyable in a number of ways – you’re just constantly learning about yourself and others while doing the captaincy.”

Patel says that relentless drive for self-improvement has been apparent ever since Williamson first broke into the New Zealand set-up, scoring a century on Test debut against India in Ahmedabad in 2010, when he batted for almost seven hours.

“It was hot, it was tough and there were a lot of questions asked of us, but he just looked in complete control,” Patel says of that match. “It’s never enough with Kane. He has the humility to find ways to keep getting better. His constant questions to me about his game were almost quite shocking, because this is a guy who’s in such control of his game and he wants to know how to get better. Sometimes you’ve got no answer for it.”

When it was suggested to McCullum a few years back that Williamson comes across as nervous in interviews, he insisted that was a misconception. “He’s not nervous,” he said. “He just doesn’t understand why people want to talk about him.”

“He doesn’t want cricket to define him. He doesn’t get too carried away with success or failure"

It’s not faux humility either. It’s deeply ingrained. His youth coaches recall a 12-year-old Williamson, who had just rescued his side with an unbeaten century, reached off the penultimate ball of the match, waiting on the boundary to applaud his partner as he left the field. That partner had finished 3 not out.

When, in 2016, he was named New Zealand’s Sportsman of the Year, pipping All Blacks fly-half Dan Carter, he said in his acceptance speech it was unfortunate that he couldn’t watch the awards on the telly as he usually did and he certainly wouldn’t have voted for himself.

It doesn’t always make for the smoothest conversation. When asked about being on the verge of becoming the best Test batsman in the world, he audibly squirms. “I mean, it’s not something I set out to achieve.” And on the topic of being, alongside Kohli, Smith and Root, part of a new golden age of Test batting, he offers: “There’s a lot of cricketers in the world and they all do wonderful things, which is brilliant.” 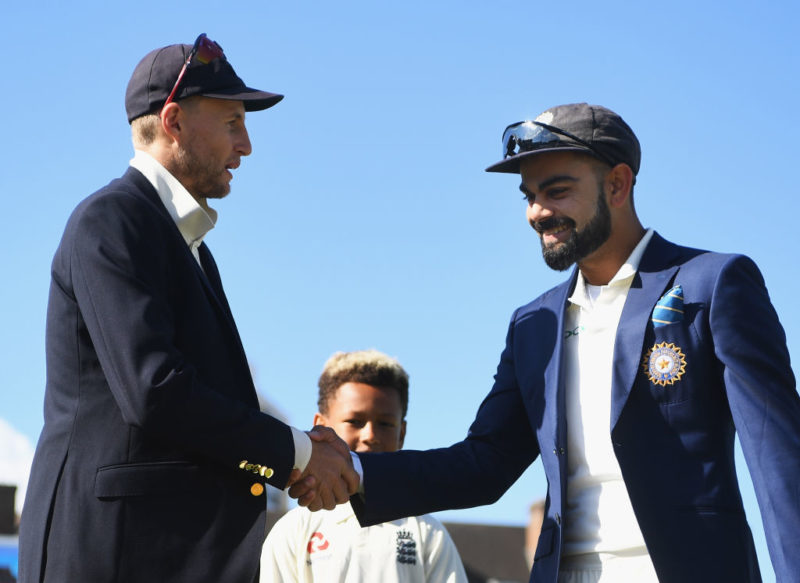 On broader subjects too, like the relatively few Test matches the Kiwis are afforded against India, England and Australia (just 28 in total across the last 10 years), he prefers to keep his counsel. “Whoever makes those decisions, I guess it’s up to them. We always enjoy playing Test cricket… but there’s a lot of moving parts to the schedule and I’m glad it’s not my job to try and make it all work.”

None of this is to criticise Williamson. Headline-grabbing statements aren’t his style and, given his preference for a quiet life, you can see why he’d rather keep his head below the parapet. But there’s also a sense that, however fiercely determined he is to become the best batsman he can possibly be, and take his team to unprecedented heights, he realises that, when all’s said and done, this is only a game. Why sweat?

“He doesn’t want cricket to define him,” McCullum has said of Williamson. “He doesn’t get too carried away with success or failure. Kane’s just Kane, he just goes and plays the game because he loves it. The adulation and the bull***t – that’s not why he plays. He just wants to play, have a good time, score as many runs as he can. There’s a little bit of genius about him.”

Williamson is typically coy about New Zealand’s chances in the World Cup but in conditions which should favour their seamers, and with the heart of the side that reached the final four years ago still intact, they should be considered more than their perennial billing of ‘dark horses’ this time around.

He says that the previous tournament, at which the Kiwis won eight on the bounce in front of their home supporters before losing to Australia in the final at Melbourne, “captured the nation” and has helped to inspire the next generation of cricketers in a country where rugby overwhelmingly dominates the sporting landscape. 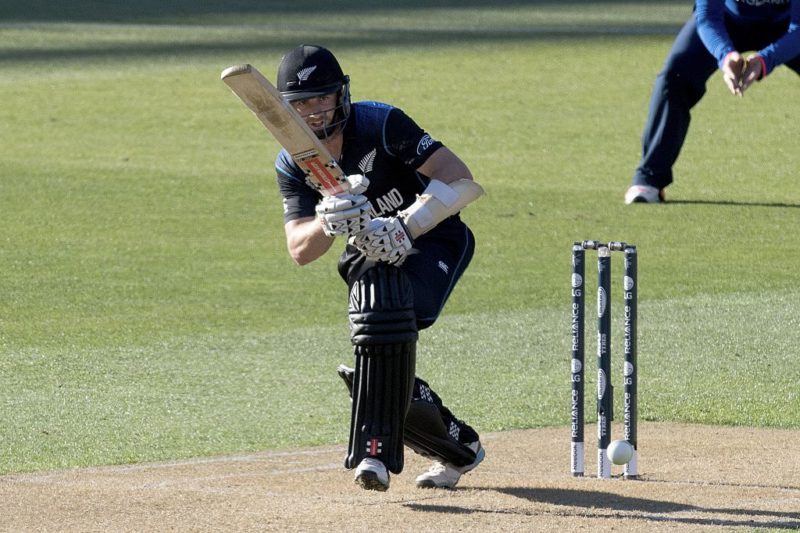 Kane Williamson plays a shot in the Cricket World Cup, 2015

Patel goes further still. “What they did in 2015, when cricket in New Zealand was dying, was gain a following. The whole country got behind the Black Caps, wanting them to do well and express themselves. From there it’s grown again. I know the country is as excited again about this World Cup. They’ve got an opportunity to do very well.”

The 2015 final was New Zealand’s first in the tournament’s history. This time they could go one step further. “Imagine a World Cup winner, a hero, a man at the height of his powers showing the world what he did to get there: the sacrifices, the years of hard work, the whole journey,” wrote Martin Crowe in that article four years ago. “Imagine who that person would be.

“For me, I imagine it to be a young, normal, grounded person. He is humble, intelligent, and he lives his life in the moment he is in. He doesn’t fret or worry, he doesn’t lash out or criticise, he doesn’t seek anything except to do a job, the one he was born to do. He is Kane Williamson, from a quiet, serene seaside town called Tauranga.”

Come July, Williamson could be the world champion that Crowe envisaged. But don’t expect him to make a fuss about it.

Jo Harman spoke to Kane Williamson prior to the 2019 Cricket World Cup. This article was first published in issue 20 of Wisden Cricket Monthly. Subscribe here