First published in Wisden Cricket Monthly, columnist and legend of the game Kumar Sangakkara wrote about another titan of his era – Shoaib Akhtar.

Facing fast bowling, and I mean really fast bowling, is about technique, focus, mindset and courage. Courage plays such a large part; if you talk to any batsman about fear, the whole point is to face up to the quicks despite having fear. It’s not about the absence of fear, but about being able to conquer it.

With Shoaib Akhtar, that was definitely the case. He was stocky, strongly made, built like a tank, and his entire focus was to bowl as quickly as possible. It was seriously intimidating. He was asked once why he needed such a long run-up and he said that a jumbo jet needs a long runway to take off.

The first time I faced him was in Pakistan, in Lahore, in the final of the Asian Test Championship in 2000. I was facing Waqar Younis, more towards the end of his career, Abdul Razzaq, Mohammad Sami and this Shoaib Akhtar.

We won the toss, put them into bat, and skittled them out for 230-odd. I was just putting my pads on when, to the first ball of our innings, Marvan Atapattu was caught at fine-leg hooking a Waqar Younis bouncer, so I was straight in and had to face the next five balls of Waqar’s over.

In the next over, I was at the non-striker’s end and I saw Shoaib Akhtar mark his run-up and come charging in to Sanath Jayasuriya. The first ball was hit over cover for four. So was the second. The third ball was a bumper. Sanath just about got out of the way, it went high over his head, and flew over the keeper Rashid Latif’s head too, one-bounce for four. I was at the other end thinking, ‘What have I got myself into?’ It was a jarring experience facing up to that kind of pace. 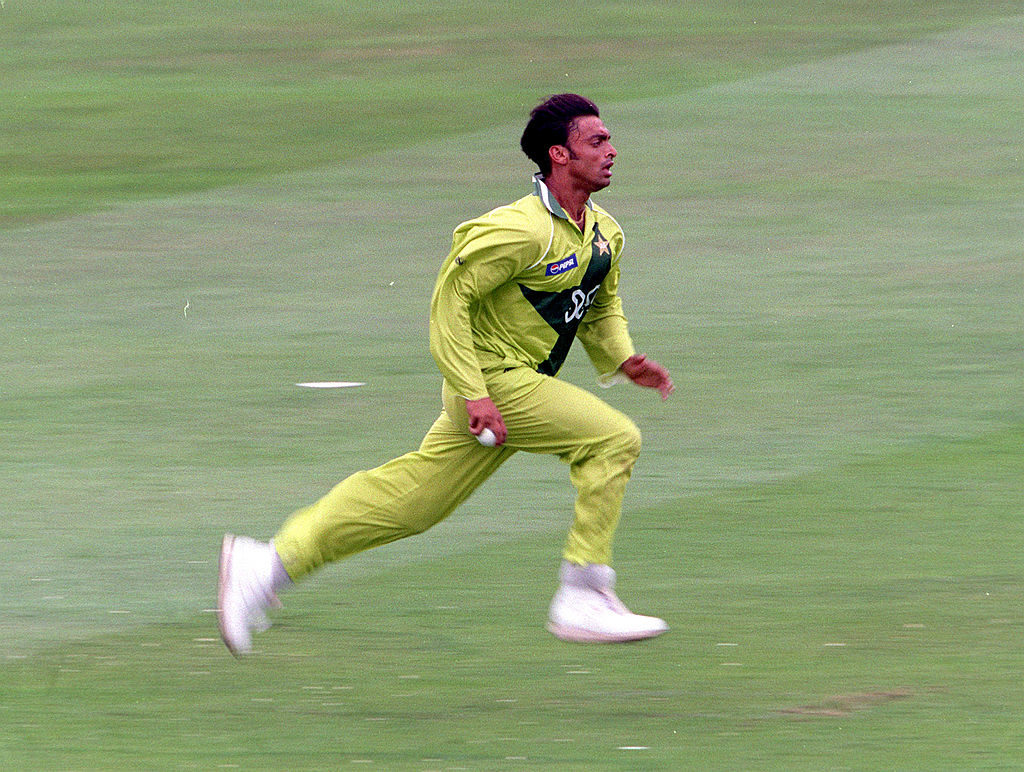 “It was terrifying at times” – Sangakkara on facing Akhtar

But it wasn’t just the pace. He didn’t have a pure fast bowler’s action where you can see the ball from his hand and into his delivery. You’d lose sight of it because his hand would go right behind his body. When you take Brett Lee, who was as quick as Shoaib, you saw the ball all the way through. It’s the same with Dale Steyn. They both have very pure, very rhythmic beautiful actions, but Shoaib had this whole unorthodox part to his run-up, his gather, his sheer effort and the way his body and hand would obscure the ball from you. It was terrifying at times.

"Every batsman is susceptible to intimidation. You never want to admit that you’re actually afraid, but it does happen to you"

He would swing the ball into you and once in a while he would nip it away from the left-hander. He had a deadly yorker with the new ball – we’ve seen him knock over Sachin Tendulkar first ball with such a delivery. I think Shoaib was one of those fast bowlers who seemed almost larger than the game, and not just the game but larger than life: this flamboyant fast bowler who cared for nothing other than bowling as fast as he could.

It was a beautiful sight watching him run in almost from the boundary, grunting, his thick matted hair flying all over the place, sleeves rolled up to his forearms delivering thunderbolt after thunderbolt.

The one chink in his armour was of course his fitness. It would be a ploy of ours to just survive that first three-over burst. If we didn’t get out and he hadn’t taken any wickets we knew that he would tire and his pace would drop, and he would almost seem disinterested at times when he couldn’t break through as he wanted to.

The challenge was not to score runs but last the time that it took to tire him out. But then other times he would come back, take a wicket or two, and he’d get into this zone where tiredness didn’t matter. When Shoaib was on song, you had doubt and fear in your mind, for sure. It was such a fun, enjoyable challenge to try and conquer it. 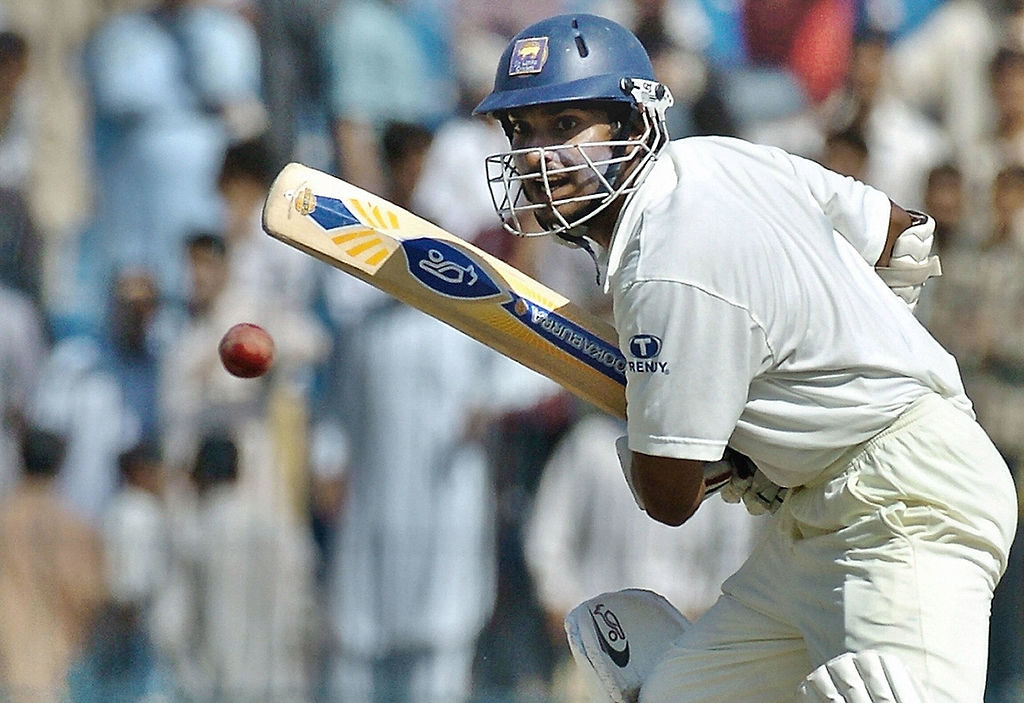 Every batsman is susceptible to intimidation. You never want to admit that you’re actually afraid, but it does happen to you. I once spoke to Sir Vivian Richards, who always wore a cap to fast bowlers and they would bounce him, even his own teammates in the nets. He said to me, “I knew in myself I could get scared, I knew I was going to get hit but my thing was never to show it, I would never give anything away to the bowlers, my job was to just keep my calm, keep my cool, keep my focus and get on with doing what I did best”.

Related Story: Shoaib Akhtar explains how he would have bowled to Virat Kohli

It was never an absence of fear, it was the ability to function with and conquer that fear, to surmount it. My adjustment to Shoaib was that I actually batted out of my crease to him. Forget the pace, it was the swing that got to me, batting at three, that really used to annoy me. So batting out of my crease was one way that I found I could deal with him.

When I played Mitchell Johnson I used to bat with both feet in my crease because he didn’t get a lot of swing, especially when I played in Australia, but in the subcontinent, facing Shoaib, it was the opposite; getting closer to him was an option for me but it was always a challenge.

The challenge was wonderful, not just for me but the whole dressing room – watching batsmen try to deal with him was just unbelievable. He was remarkable to watch and so good for the game.