Sir Viv Richards, the Master Blaster, on his route to becoming the most box-office batsman ever to have played the game.

My dad was a cricketer, he played for Antigua and Barbuda, and having someone of that stature in the family was all the inspiration that I needed. Attitude plays a huge part: never to have fear, to believe in what you are doing. These were the skills available to me at home and I took them on board.

When I left school I worked as a waiter at Kensington Restaurant on St Mary’s Street in Antigua. The guy who ran it was a cricket lover and he liked having me around. In a way it was a place that prepared me for what I needed to be – I didn’t want to be there for the rest of my life. Things got much better, you could say.

England was a great place to be as a young cricketer, getting used to different conditions. I’d grown up listening to the West Indies touring England and hearing the late John Arlott describe what cricket was all about at Lord’s and these places. As a little boy from the Caribbean, you take that on board. Some of what I heard still lives with me today. 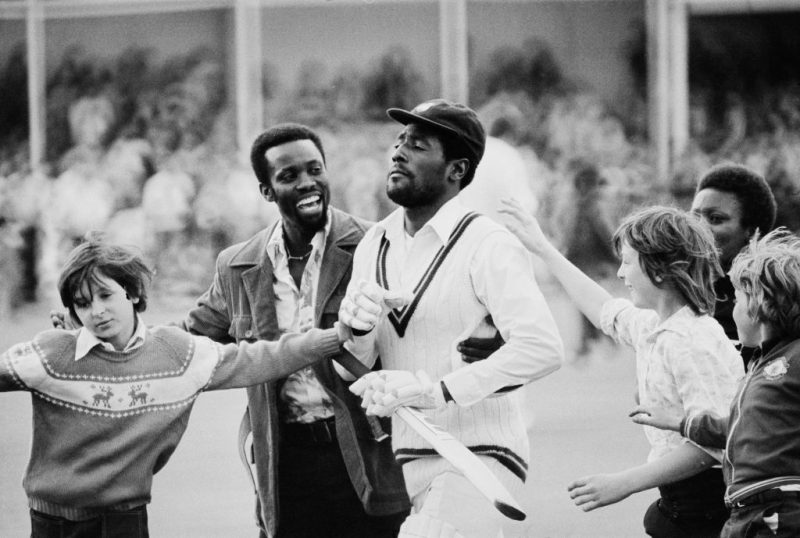 Viv Richards is mobbed by fans after the first Test between West Indies and versus England, June 3, 1976

I made my Test debut in India in 1974 and I don’t think I was ready for 70,000 people in Bangalore or 90,000 in Kolkata. This was more people than where I lived! It was a huge awakening. These are the things that gave me a kick up the backside and helped drive me to succeed. Who wouldn’t want to do well in front of this multitude of people? I thought, ‘Viv, you’ve got to get your act together’. I wanted to make sure that what people saw would live with them for a long period of time.

I just remember being completely overwhelmed, sat in that dressing room for the first time with those men. To look up and see Roy Fredericks sat yards away from me was very humbling. Clive [Lloyd] has been a father figure to me since my West Indies debut, but it wasn’t just him who helped me. Everyone was so keen to bring new players up to the right level with advice and help. Vanburn Holder was a huge help. He had worked out so many batsmen over the years, you knew that any advice he had was worth listening to. Everyone was working for each other and these great men were offering me their time.

Technique was ok. When I wanted to be technical I could be technical. For me, technique comes especially when you’re looking to defend. There are certain things you need to be quite precise about. But when I’m on the attack, I prepare my mind for being on the attack. Defence is defence and attack is attack – you separate them. Sometimes you see guys who are defending and still trying to get something out of defending. Like trying to push through the line.

When we’re younger, I think we are at our best. As you go along in life, the wears and tears sometimes hold you back. You don’t quite accomplish the things that you were able to do when you were younger. But experience is also a great help. It prepares you, even if you are not that fit. Experience helps you manage how you would like to progress.

Collectively, the players put together a brilliant team from all the islands, and that sent a message to the people of the West Indies.

When I was in good nick, that ball was seriously huge, but at times I did feel out of form. You try and remember the good things and eliminate the things that lead you to fail. I tried that on numerous occasions and it is quite special when you are able to balance the things that you want to accomplish and throw the other things out the door.

Fielding is of vital importance. Those run outs in the 1975 World Cup final [dismissing three of Australia’s top four in a 17-run win] were like taking six wickets. I wasn’t an established batsman by then, I was still playing second fiddle to Rohan Kanhai and the other great West Indian players, and I wasn’t scoring runs, but fielding was another aspect of the game where I could contribute.

Once you start to win things, you become the centre of attention, and with that comes pressure. Lloyd and some of the older team members would make sure the attitude was right. It was all about respect. No matter how good you think you are, someone will always be ready to knock you down. By respecting every team we came up against, we were always in the right mindset to beat them. 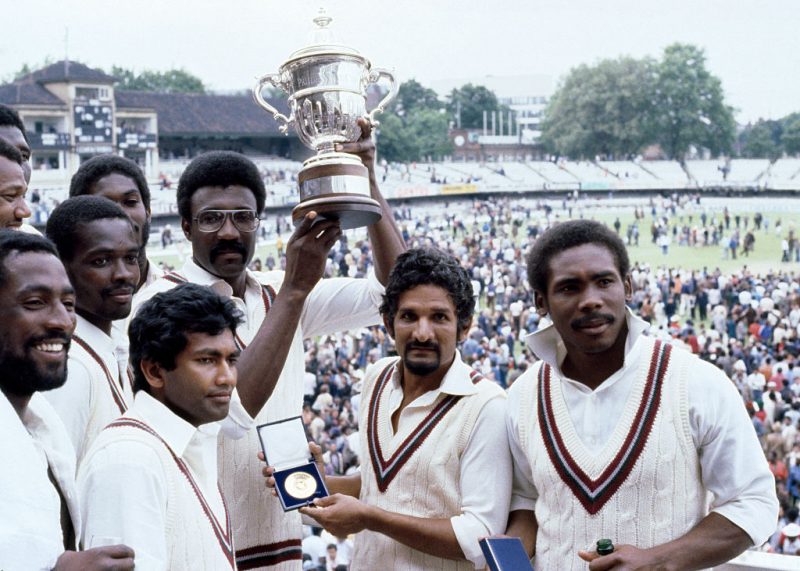 I adore the things that I have achieved with the West Indies. People have always talked about bad relations between the islands, but we assembled a unit. Collectively, the players put together a brilliant team from all the islands, and that sent a message to the people of the West Indies.

If you talk about achievements, winning the World Cup in 1975 was a magnificent feeling. The memories of returning home still bring a lump to my throat. Then we did it again in 1979, and this time, because we knew how much joy it was bringing to folks back home, it gave us that little bit extra. Those two victories really helped the islands to integrate. That makes me proud.

We’re all here for a period of time and there’s nothing you or me can do about it. We’re doing shift work, you see, and some people make good use of their time at the crease, and some don’t. I realised when it was time to move on, and I was comfortable in doing so. I am just happy to have played a part.