“Behaviour doesn’t have to be criminal to be disgraceful,” writes Geoff Lemon of New Zealand’s controversial selection of Scott Kuggeleijn. Originally published in issue 29 of Wisden Cricket Monthly

If you’re reading a cricket magazine, you already know that New Zealand are the world’s good guys. Hard work and humility. Smiles and handshakes. It started under Brendon McCullum and peaked with Kane Williamson: even losing the 2019 World Cup to a botched bylaw, the Kiwis never wavered. Gracious to a man, respectful and respected, the Antipodean anti-Australia.

Except there’s one jarring discord any time you read down a New Zealand teamsheet and see the name Scott Kuggeleijn. He hasn’t played often, but in January the 28-year-old all-rounder was back again: a player known less for his cricket than his rape charge that twice went to trial. His first jury couldn’t agree on a verdict. A second said not guilty. A few weeks later, in May 2017, he was playing his first match for his country.

To some minds that’s the end of the matter. Not guilty equals exoneration, life moves on. Except that’s not what it means at all. Not guilty only means that there wasn’t evidence concrete enough to send someone to jail. A court can fail to establish guilt. A court cannot find anyone innocent.

By Kuggeleijn’s own testimony, he stayed overnight with a woman who explicitly said no “a few times” to sex. He kept trying to take off her underwear and get on top of her but was rebuffed, which he told the court was “frustrating”. Early next morning he tried again and penetrated her. She testified that he pinned her arms and told her to be quiet as she cried. He denied that, but agreed that afterwards she left the room crying and that her flatmate made him leave.

Even the replacement is telling. “All good.” So cheery. After she told mutual friends that it was rape, Kuggeleijn apologised by text message “for the harm mentally I have caused you,” saying it was “chilling to hear and think of myself in that kind of light, but looking back I was pretty persistent”. 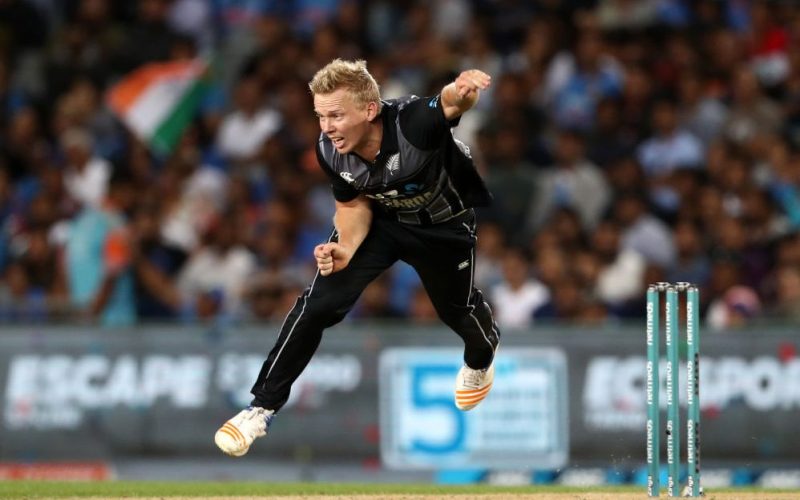 In the end, none of this led the jury to convict. Neither version of events was deemed proven. But behaviour doesn’t have to be criminal to be disgraceful. Kuggeleijn admitted that he hectored a woman for sex until he got it. His defence attacked her with hackneyed questions about what she was wearing, what she was drinking, and whether she was flirting, as if anything could imply a sexual willingness that overrode her explicit refusals. His lawyer’s phrase “reluctant consent” is grotesque.

But statistically most cases must be true. Assaults are rife, false reports are not. Defendants are the ones with an obvious incentive to lie. It’s just that courts can’t adequately prove these crimes. They happen without witnesses. They centre around interpretation. The accused rarely dispute the sex, only the consent. Muddying the waters can be all it takes for prosecutors not to proceed or juries to rule doubt.

Redemption needs remorse and demonstrable action. Kuggeleijn and NZC could have shown both without contradicting his defence

The usual implausible claim is that accusers freely participated and later regretted it. Far more likely is that they were coerced into acquiescence. People in such situations often freeze. Wait for it to be over. Blame themselves. It can take time to process what happened. The Kuggeleijn defence of “reluctant consent” places responsibility for directing the situation on the least powerful person in it, outsized and often outnumbered. These men are not offering women the option of saying yes, but pushing ahead before hearing (another) no.

Whether or not this behaviour is ruled criminal, it is execrable. It exploits and diminishes another person. It has no care or kindness or honour. This is how Kuggeleijn behaved, and now New Zealand Cricket (NZC) let him wear their colours.

Turning out for your country is an honour that goes beyond ability. You’re not just a player, you’re a representative.  New Zealand’s nice-guy perception reflects on the whole country. So for many, NZC’s selection of Kuggeleijn amounts to a policy of turning a blind eye when convenient. Assault victims seeing him play are reminded of how they were ignored, how their case couldn’t be proved, how powerless they felt. They see him seemingly endorsed and rewarded despite his wrongs. That hurt is far broader and more important than the ambitions of one cricketer. As in court, the better deal goes to the accused.

This doesn’t mean no one is redeemable. But redemption needs remorse and demonstrable action. Kuggeleijn and NZC could have shown both without contradicting his defence. They might have used his case as a teaching opportunity, linking it to relevant programmes. They might have supported the plaintiff or relevant charities. Instead they handed him a uniform in silence. Even now the curtain remains up, with Kuggeleijn absent from standard media duties.

For some, the verdict is all. But you can’t set your standard at “has not been convicted of a violent crime”. You can’t say that only courts can deliver consequences. Every day people decide who they employ, who they want around their staff, who represents them publicly. Jackson and Olding were found not guilty in 2018, but were still sacked from Ireland’s team given their callousness towards the plaintiff revealed at their trial.

This should have been New Zealand’s standard too. Apparently there were dissenting voices behind closed doors. In public, there has only been the continued support of picking someone who has done damage and as far as we know never gestured at making amends. For as long as they keep this up, New Zealand have no claim to be the good guys anymore.