In all the praise for Alastair Cook after his final Test, one aspect that really struck me was that he made almost identical scores in his last Test match to that which he made in his first: a first-innings fifty and a century in the second, and all against India. That in itself is a testament to his quality and dedication over so many years.

England’s most prolific run-scorer, one of the all-time highest in Test cricket, the lynchpin of England’s batting for over a decade, and all done from the hardest spot in the order. He’s always been a stodgy performer, very consistent and hard to dislodge. But it was those periods of sustained brilliance which elevated him to the ranks of the greats.

On his first tour as captain he was terrific against India, making three hundreds in four matches as England won an amazing series out there. And then, of course, the Ashes in 2010/11, when he was unstoppable. To have performed so creditably away from home is the truest mark of his quality. Those series confirmed his greatness.

Unlike most English batsmen, he had a very solid game against spin. His record in tough conditions on the subcontinent is excellent. He adopted a broadly defensive approach, but it was very effective, elevating him above all other players in England who in many cases might have been more talented but who didn’t have the same mental fortitude. They weren’t able to work out their games as intelligently as Cook could work out his.

You are what you make of your ability and skills. Having watched Cook a lot over the years I don’t think there was anything really stopping him from developing his skills into becoming a one-day or T20 player of repute. When he was involved in England’s one-day side he played some very good innings in that format. But I just think it was how he saw himself, how he defined himself. It’s more about the limitations one imposes on themselves, which can actually be stronger than the obstacles placed in your way by others. 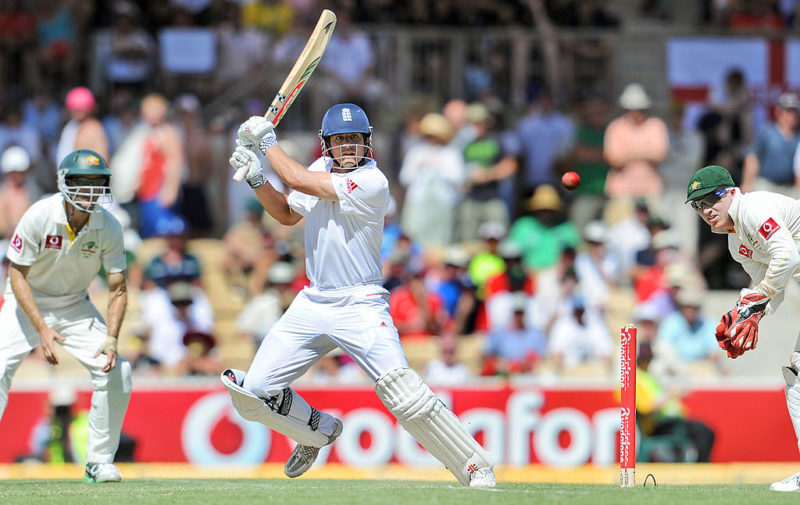 Sometimes it’s just your attitude – your openness to developing and improving your game. Most times being able to adapt from one format to another is in your control, but sometimes you can mentally close yourself off to achieving your full potential. I believe he had the game for it, but his best strength was his ability to bat long, and that paid the greatest dividends in the Test arena.

It’s more about the limitations one imposes on themselves, which can be stronger than the obstacles placed in your way by others

Some people will feel that he’s gone too soon, especially after batting so well at The Oval, but only he will know. It comes down to how he sees his own ability and his skill levels at this stage of his career. Personally I don’t think his form in his last game should have changed his view or mindset. He said the ‘edge’ had gone – he wanted to move on, the decision was made, and he gets to leave on his own terms.

As a player, you know when to go. Personally I wanted to end after the World Cup in 2015. I just thought that was the right time. It was never a question of my ability or desire to play international cricket. I just thought that was the right time to go. There were considerations – could I play another year or two more? But it was not what I wanted to do. I was still enjoying my cricket. It was not a question of a lack of focus or intensity. I just got to the stage when I thought that it’s time to stop playing and to walk away. I sense it might have been the same for Alastair.

And that is that.

For one final time Cook walks back to the pavilion in an England shirt for a magnificent 147.

Every Indian player went to shake his hand as he soaked in another standing ovation by the Oval crowd.

I never really knew him well, in the sense of fraternising with him off the field. But he always came across as a very decent man whenever we met. He played his cricket with a lot of heart and honesty. He’s always kept a low profile away from the game, and to have acquitted himself so well on and off the field over so many years is a mark of his character.

No one is irreplaceable, and every player has an expiry date. It is just the nature of the game. But Alastair Cook will require more replacing than most.

This article was first published in issue 12 of Wisden Cricket Monthly. Subscribe here.