India’s captain and World Cup winner on the moment he woke up to the thrill of the chase. First published in issue 10 of Wisden Cricket Monthly.

As a kid the innings that really pushed me to work towards my dream of playing for India were Sachin’s back-to-back hundreds against Australia in Sharjah – the ‘Desert Storm’ knocks.

He made one to qualify for the final and then another in the final, single-handedly winning both games, and that’s where my excitement of wanting to chase totals came from. It was such a thrill to see one man working relentlessly towards a target and being able to achieve it wearing your national team’s jersey. I couldn’t see anything apart from cricket after those innings. 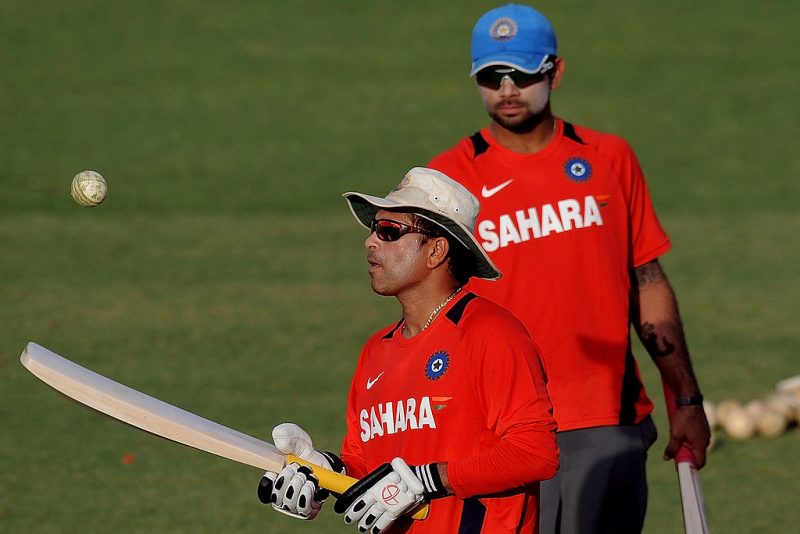 I was a massive fan of Sachin’s and when India were playing I would go to the shops and get my pack of chips and chocolate to prepare myself to watch him bat. I did exactly the same with both those games, and he batted for so long that I had to refill my snacks! It was worth it, watching him play in a manner that at that stage no one else was doing. It was literally a change happening in front of my eyes. I was like, ‘Wow, this sport can be played in this manner’. It was just so exciting. I asked my father to get me enrolled in a cricket academy and two or three months later I joined. And from there the whole journey started.

Now when I’m in the middle of chasing a big total and I’m able to finish the game off for my team I get those memories back, of sitting in front of the TV watching Sachin. The conviction was so strong that I always believed I could do it and when that happens you feel so grateful someone up there is watching you and that it was meant to be for you.