In the latest issue of Wisden Cricket Monthly, out June 20, we reveal the best young men’s cricketers in the world and speak to Wisden’s Golden Boy of 2019, who takes the crown from last year’s winner, Kagiso Rabada*.

We also have an exclusive interview with Jason Roy, England’s World Cup star bidding for an Ashes call-up. “I think England know what I’m capable of,” he tells WCM. “Ed Smith and Rooty have been big backers for me to push my case for Test cricket.”

Elsewhere, Monty Panesar recalls the outbreak of ‘Monty Mania’ (“I felt like I was Michael Jackson or George Michael”), county columnist Elizabeth Ammon takes a look at what’s going right at Somerset, Raf Nicholson asks what the future holds for women’s Test cricket and Felix White gives the inside story on new documentary film The Edge, which explores the rise and fall of a great England team.

*Look out for our rundown of the best young women’s cricketers in the world in our next issue.

“In red-ball cricket I can swing it both ways and get movement, and I can also reverse swing the old ball when I drop my arm a little bit. Because of my pace, people might see me in the enforcer role but I’m accurate and I can bash a length out all day. In white-ball cricket it’s my death skills. I bowl a good yorker and I’ve got a couple of slower balls. That’s me in a nutshell.”
Saqib Mahmood, the Lancashire and England Lions quick, and one of the 40 players to feature in our list of the best young men’s cricketers in the world, explains what he’s all about 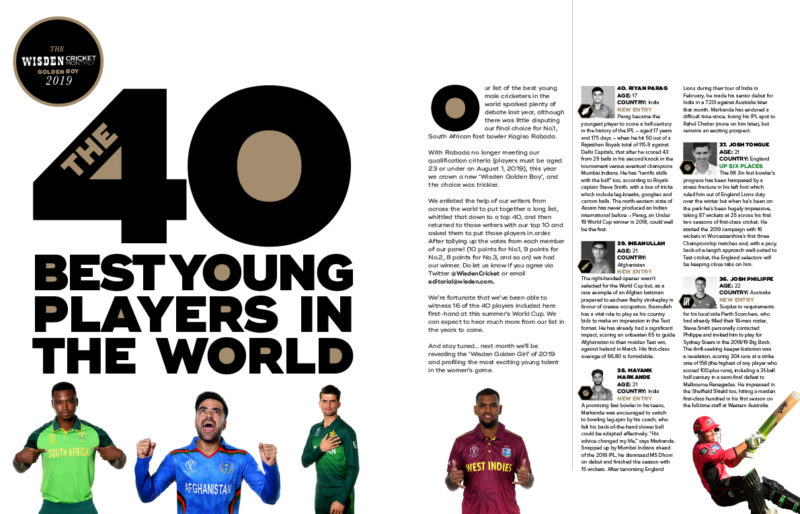 “While there are legitimate concerns about the relevance of cricket in other parts of the country, there is no need to worry in Taunton. The game is alive and kicking. Hundred or no Hundred, there is something going very right at Somerset.”
County columnist Elizabeth Ammon on the Somerset success story

“I got too overwhelmed by the negativity, a lot of the press stuff. I was being a bit, not childish, because everyone looks at it, but letting it affect me probably a bit too much. Since then I’ve just learned that that’s people’s opinions and no one’s opinion matters more than my own.”
Jason Roy speaks to Jo Harman about freedom, fatherhood and that elusive Test call-up 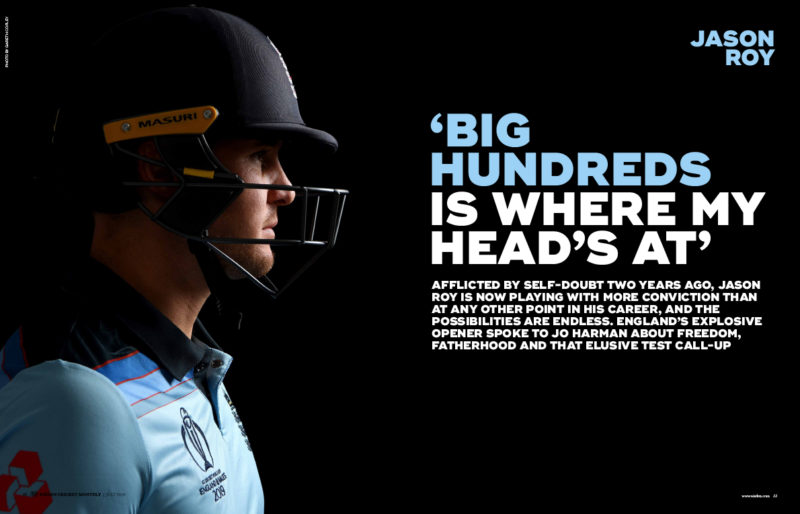 “AB de Villiers wasn’t desperate to play, or to be included. He was desperate to know that he could live the rest of his days in the knowledge that he had offered.”
South African writer Neil Manthorp on de Villiers’ last-minute offer to play at the World Cup

“I remember playing the first Test against Sri Lanka at Lord’s and it was like the whole stadium erupted just before I came onto bowl. I felt like I was Michael Jackson or George Michael. Freddie [Flintoff] really helped me to embrace that. He was like, ‘Everyone’s applauding you mate, enjoy it, embrace it.”
Monty Panesar reflects on the trials and tribulations of his eventful career 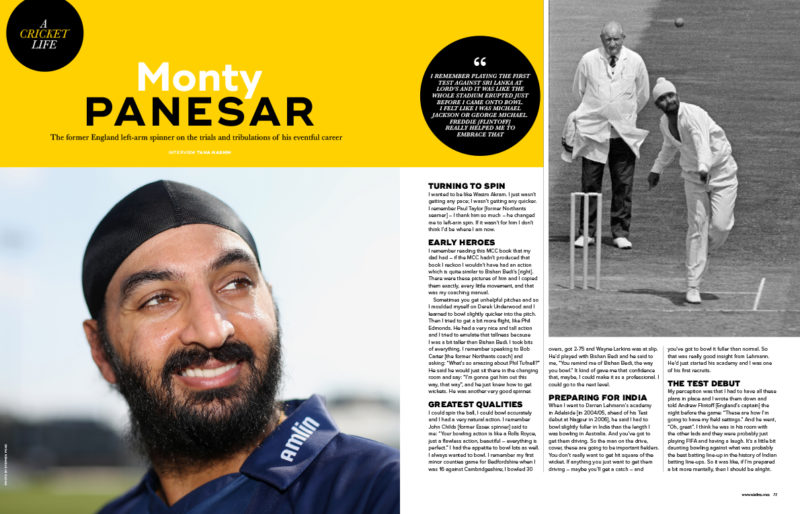 “One of the meetings I had was with a minister of information and communications. Halfway through the conversation, he pulled out an envelope which had pictures of dead people. I don’t know what that was supposed to mean to me.”
Tatenda Taibu on the brutal reality of being Zimbabwe captain

“That feeling of hurt when you lose stays longer than that elation of winning. It might be why people fear failure so much, because the hurt is so much deeper than the elation from winning. It stays with you.”
Former England coach Andy Flower speaks to Felix White for a special feature on The Edge, a new film documenting the rise and fall of the 2010/11 Ashes-winning side

“You’re learning to play a format of the game while playing it. There was a lot of criticism around the Canterbury Test, but to go and play a format as a one-off every two years that you never play otherwise – it’s hard to get that right all the time.”
Anya Shrubsole speaks to Raf Nicholson for a feature on the uncertain future of women’s Test cricket 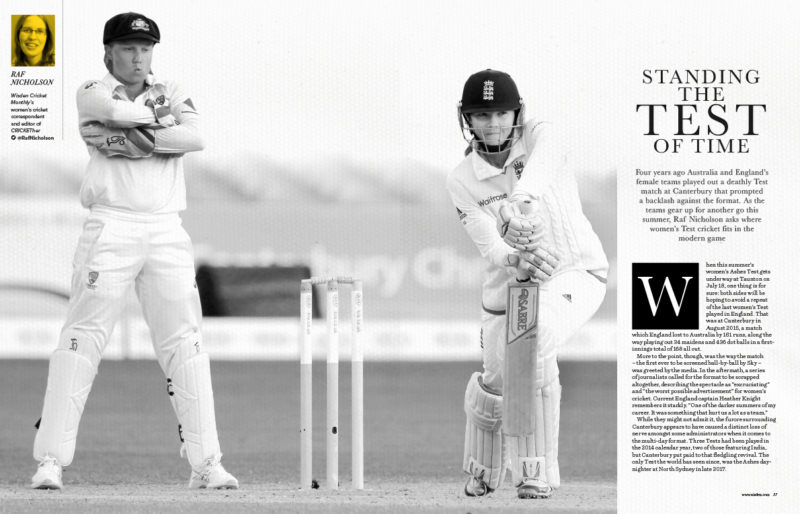 “This isn’t a sympathy set-up because these lads can’t get access to their cricket anywhere else – the standard’s really high. It’s educating people – getting away from the ‘Oh, bless them, isn’t that nice?’ attitude. People don’t understand the game until they’ve seen the game.”
Neil Bradshaw, operations manager for the England Physical Disability side, speaks to Steve Morgan, who spent two days with the team ahead of this summer’s World Cricket Series

“I would love to be able to talk a spaced-out Jimi Hendrix through the subtleties of the game of cricket. I reckon he’d like it. His mind would be open enough and able to be able to dive down the various rabbit holes that cricket throws up.”
Mark Butcher imagines his perfect day at the cricket 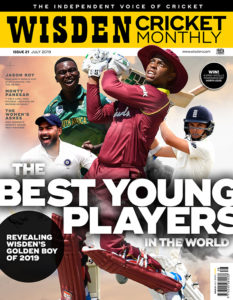