In the latest issue of Wisden Cricket Monthly – out now – we try to make sense of a tumultuous few weeks, as Kumar Sangakkara and Lawrence Booth give their verdict on the ball-tampering scandal and Australian writer Geoff Lemon considers how his country got here.

Elsewhere, in the wake of the Test series defeat in New Zealand, Jonathan Liew, Nick Compton, Lawrence Booth and Daniel Norcross analyse different aspects of England’s dismal form overseas and give their view on what needs to be done to rectify it.

We also preview the new domestic season by going behind the scenes at Surrey, Durham and Northamptonshire, and look at how each of the 18 counties are shaping up for the 2018 campaign.

Our most jam-packed issue yet also includes exclusive interviews with Tammy Beaumont, Mickey Arthur and Bob Willis, plus Tim Wigmore on the disgrace of a 10-team World Cup after an enthralling qualifying tournament which showed what might have been.

“I feel that Steve Smith, David Warner and Cameron Bancroft are the fall guys for what’s been going on for the last 30 years of every team that has taken the field. Yes, they were guilty. But over the last few decades ball-tampering in cricket has been rife.”
WCM columnist Kumar Sangakkara has his say on the ball-tampering controversy…

“I believe the impact Pietersen had on the England team of a decade ago continues to influence the attitude of the side you see now.”
And, following Kevin Pietersen’s retirement, Sanga bids farewell to a divisive and compelling cricketer

“England are seemingly trying to play aggressively, which is fine, but if you want to win Test matches you need to be hard-nosed and have more than one way of succeeding. If a team is to perform consistently over time, it must have a diversity of skills.”
Nick Compton analyses England’s shocking away form in Test cricket 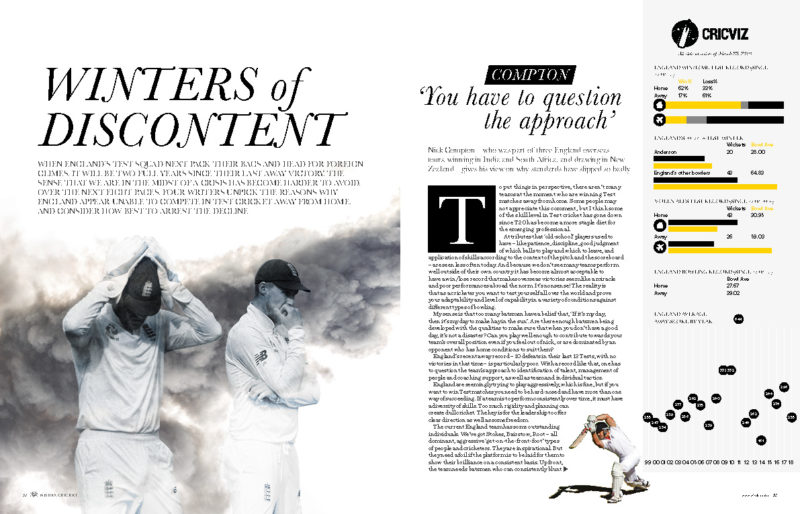 “Almost as important as the identity of any new coach should be defining the role. Detached figurehead? Ego-masseur? Details man? Perhaps even two separate roles: given the increasing gulf between the red- and white-ball formats, there is certainly an argument to be made that the job of coaching the England cricket team has grown too big for one man.”
WCM columnist Jonathan Liew argues the England job has become too big for Trevor Bayliss

“I want to be the best opening batter in the world. I used to be embarrassed to admit that but not anymore.”
England opener Tammy Beaumont on her turbulent relationship with cricket

“Whether we were wronged or not, we’ve needed to deal with the situation we’re in.”
Jon Lewis, Durham coach, speaks to John Stern as part of a three-part feature – also including Lawrence Booth on Northants and Phil Walker on Surrey – looking behind the curtain of county cricket 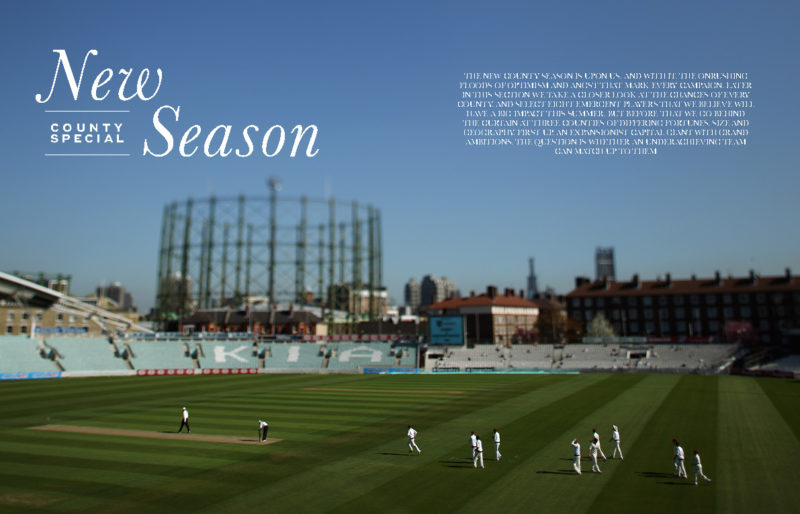 “The World Cup Qualifier reaffirmed the sense of Associates being treated as second-class citizens. Flying economy class and sharing rooms was one thing, but the lack of reserve days, DRS and live-streaming games were altogether different.”
Tim Wigmore on the disgrace of a 10-team World Cup

“The altar needed a few drops of blood, or at least tears of contrition, and the sinners had to be cast into a wilderness to make an eventual return, flying white sails to symbolise success, or carrying the head of some personal demon. With these ingredients of mythology taken care of, the game’s image-managers could consider their job done.”
Australian writer Geoff Lemon on the juddering, jarring aftermath of the ball-tampering revelations 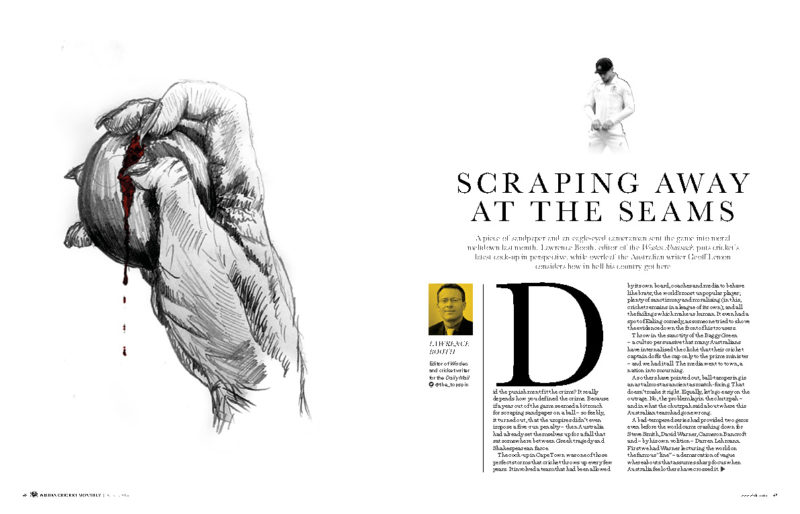 “It was Richard Ellison, with his meaty perm and an epic moustache to match, that stole my heart.”
Daniel Norcross relives his golden summer of 1985

“Oh yeah, Everton Weekes is a massive jazz fan.”
John Altman, the legendary saxophonist and composer, and one-time social secretary for the Australian team, invites Felix White to help sift through his life in cricket 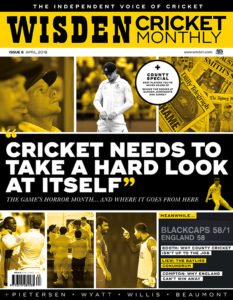