The Worcestershire and England seamer on the slower ball which has become his trademark.

I felt like I was a better red-ball bowler originally. I didn’t really have a slower ball before I got into professional cricket. I did for a while, out the back of the hand, but then I got injured and when I came back I couldn’t bowl it. I still don’t bowl that one.

My target was to find a way to get into Worcestershire’s white-ball team and I thought the best way to do that was to be a good death bowler, because they didn’t really have one at the time who was doing that well. Then I started working on the skills to do that.

I didn’t know how I was going to bowl a slower ball. I didn’t have an off-cutter either so it was a case of working out what I thought the best slower ball would be and then having a little play to work out which I found easiest to deliver. 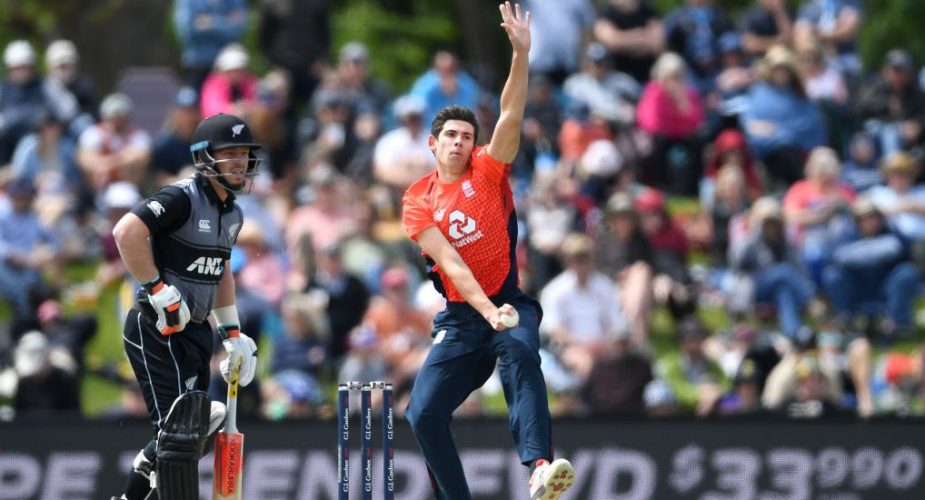 Most people struggle with it, especially early on, but for some reason the knuckle ball just seemed natural to me. It was OK to start with and then developed over 2017. By 2018 it became an even bigger weapon for me.

In T20 cricket, defence and attack often amount to the same thing, especially at the death. If you’re taking wickets then you’re stemming the flow of runs, and if you’re stemming the flow you’re increasing the chance of a batsman hitting it straight up in the air. The initial thought is always to deceive a batsman and not go for runs, but the knuckle ball is also an attacking option.

Of course you don’t want it to become too predictable, but if the delivery is working, then why change it? Bowlers don’t worry about becoming too predictable with the yorker. I’d rather bowl it one time too many than not enough and end up trying to bowl three different balls.

What is a knuckle ball?

Adapted from baseball, the knuckle ball is a variety of slower delivery which has becoming increasingly common in recent years. India’s Zaheer Khan was an early exponent, while Jofra Archer used it to great effect at last year’s World Cup, most notably in his dismissal of Glenn Maxwell in the semi-final.

“Bring your fingers back and point them downwards towards your thumb,” explains Brown. “Bend the top of your fingers if you can, then sit the ball underneath your nails and push down with your fingers. A lot of people find it difficult to hold the ball in place. It helps if you have big hands!”

I’m very competitive and I actually enjoy it when somebody’s coming after me every ball, whereas a lot of lads don’t like that. I think that helps greatly when bowling at the death.

Obviously you have to try and stay calm but it’s a high-pressure situation – your heart is beating fast, your beans are going a bit. I pride myself on making good decisions under that pressure and I think generally in my career so far I’ve shown I can do that.

I’ve got out some quite good players with the knuckle ball but there are two which particularly stand out in terms of the deliveries themselves.

The first was against Heino Kuhn in the 2018 One-Day Cup semi-final. It was in the last over of the game – a match we unfortunately lost – but he was on a hundred at the time and it was the first time it had ever come out as well as that.

And then on Finals Day in 2018, in the semi-final against Lancashire, my dismissal of Toby Lester, clean bowled, was the best in terms of how it felt out of my fingers and the dip that the ball had.