Pakistan got into a position of great strength in the Abu Dhabi Test against Australia on Thursday’s third day, but it was Azhar Ali’s freak run out that got most of the attention.

It was extraordinary all right.

WATCH: Is this the most bizarre run out in Test history?#PAKvAUS https://t.co/Pa5b6lOCJH

Peter Siddle kept it outside the off-stump and Ali’s attempted drive went through the cordon behind the stumps off the edge. It rolled away towards the third-man boundary before stopping inches short.

The batsmen, not realising that the ball hadn’t reached the rope, stopped mid-pitch for a conference when Mitchell Starc, jogging back, picked up the ball and hurled it back to Tim Paine, who shipped the bails off with a shell-shocked Pakistani batting pair – Ali and Asad Shafiq – looking on. Run out!

It became the big talking point on social media immediately afterwards, and continued to be so for the best part of the day. Ali walked back, looking puzzled first and then upset, and spoke about it later to presspersons.

Azhar Ali’s run out earlier today was a special piece of work, but is it ‘better’ than this effort from Samit Patel?🤔

“At that time, it was a shock. And there is no explanation about it. Not watching the ball for long – I think that was the reason I missed the whole sight of it and I just carried on as if the ball went for four and didn’t realise that the ball had stopped at the boundary, and someone ran and picked it up,” he said with a sheepish smile.

“Neither Asad nor I had a sight of it, that it was going stop and someone was running behind it. Even when the throw was coming back, I thought he had just thrown it after the ball hit the skirting. When Tim Paine started to run towards the stumps, I thought there was something funny about it, and then there was shock.”

At that stage, despite Ali gone for 64, Pakistan were in the driver’s seat, but well away from where they wanted to be. As a senior batsman, Ali was required to be around for longer. Fortunately for Pakistan, Shafiq scored 44 and then Babar Azam (99) and Sarfraz Ahmed (81) did exceedingly well. They ended the innings on 400-9 to set Australia a 538-run target and the visitors ended the day on 47-1.

“First of all, it was disappointing. As a batsman, I had just got the feeling of being back in form and the team required another big partnership to set things up for the last innings, and you don’t want to give a sniff to a team like Australia,” explained Ali.

“So, at that time, it was disappointing, shocking, and no one was happy about it. But, thankfully, the other batsmen went in and did the job, and then we laughed about it afterwards, obviously. So it was shocking and disappointing, but people found it funny as well.” 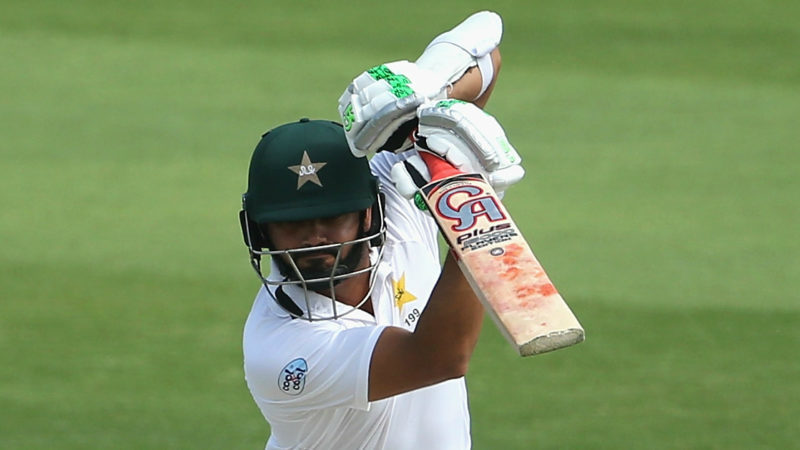 Azhar Ali scored a crucial 64 to help Pakistan’s cause

How bad was the ribbing in the dressing room at the time? “No, no one came to me and said anything. Everyone knows that the batsman is going through a lot anyway. So no one came and spoke to me about it straightaway. Afterwards, after half-an-hour or so, people started talking, and wanted to know what had happened. It was serious at the time, the team required a big partnership. But when we got the partnerships later, everyone started seeing the funny side of it,” Ali said.

Should the batsman have been run out when not attempting a run? “No, I don’t think it was bad sportsmanship (by the Australians). I take full responsibility for it. I was a little bit ignorant. No one came in my way. No one distracted me. It is my own fault,” he said.

He is likely to be reminded of it for a while at home, though. “I will be asked this question for a long time,” he said. “Especially when I go back home my sons will ask it in a funnier way. Whenever I say something to them, they are going to come back to me about this run out.”