Alastair Cook and Moeen Ali helped England sail through the first two sessions at The Oval on day one, taking them to 123-1 at tea, before the Indians clawed back in the evening to make it 198-7 at stumps.

Before the fifth Test, India vice-captain Ajinkya Rahane, who has faced more balls than any English batsman in the series, had emphasised on the need to leave balls for longer periods of time in Test cricket.

Cook (71 off 190) and Ali (50 off 170) took that advice from Rahane, or so it seemed on the opening day of the Test, and batted through the second session without being separated. While Cook is known for his dour style of batting, it was Ali who uncharacteristically restricted himself, so much so that he drew comparisons with Geoffrey Boycott from his teammates. 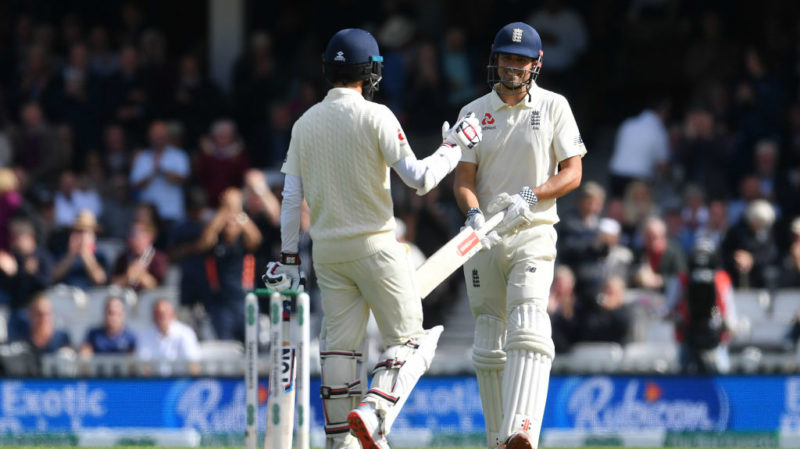 Cook and Ali added 73 runs for the second wicket

“When I went into tea, the guys were calling me Geoffrey Boycott. Then they came in, played and missed their first ball, and I was pretty happy with that,” Ali said after the day’s play.

"It was one of the best bowling attacks I've faced. They were just always, consistently there"

Ali, who brought up his half-century in the third session after having played 167 balls, praised the Indian bowling attack, which did not give him “a lot to hit”.

“I just tried to take it a ball at a time. I thought they bowled really well,” Ali said. “The wicket was quite slow, but the ball was always doing something, so I just tried to stay as patient as I could. The Indian bowlers didn’t give me a lot to hit. So I just tried to bat. I don’t always play like that, but we were in a decent position. 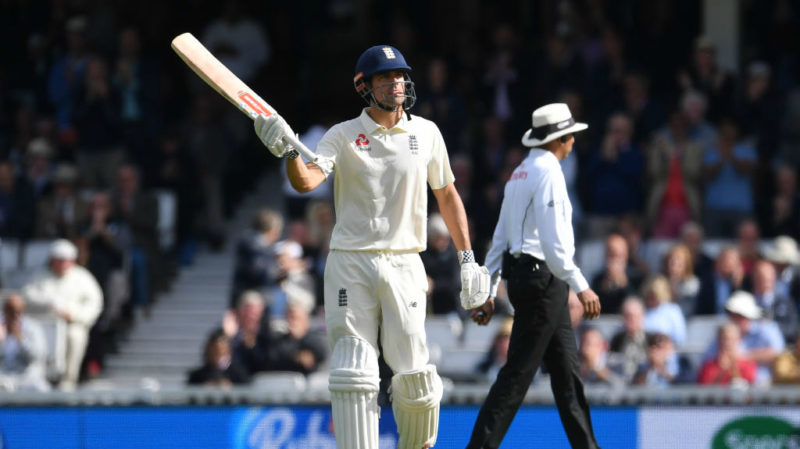 “You’re always hoping to let them bowl and bowl. But they just kept coming, bowling same pace, same areas. It was one of the best bowling attacks I’ve faced. They were just always, consistently there.”

After coming out at No.3 in the second innings at Southampton, Ali was retained in that position for the final Test as well with captain Joe Root pushing himself down to No.4.

"I bat three for Worcester, managed to score some runs there this year. So why not?"

“I’ve not done much for England before (at No.3),” he said. “We’ve tried people, not just at three, but at four, five. Whatever it is, I don’t see why I can’t bat there or I can’t do the job there. I bat three for Worcester, managed to score some runs there this year. So why not?”

His batting partner for most parts of the day, Cook, who is also playing his last international game, brought up his half-century off 139 balls. 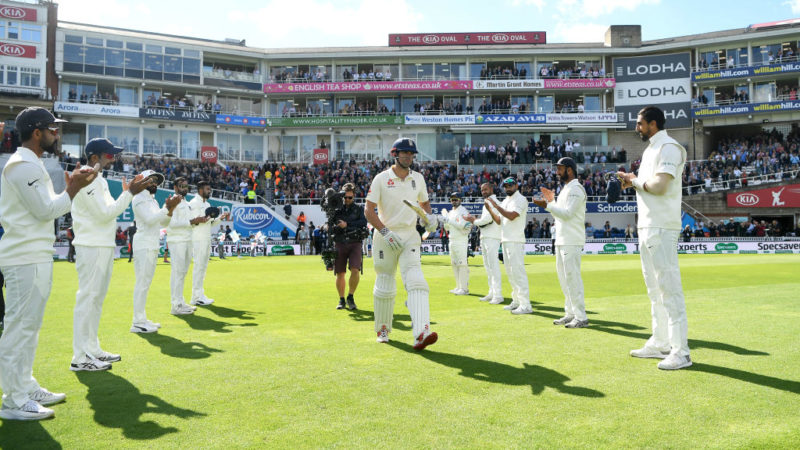 Cook was given a guard of honour by the Indians

“I thought the way the Indians bowled was fantastic,” Cook told Sky Sports. “I think I played one cut and one pull shot all day. A lot of credit to them.”

Cook had special praise for Mohammed Shami, who had no wickets to show at the end of the day but bowled a menacing spell to Ali in the second session, beating his bat on countless occasions, as well as troubling those who came after him.

“It was an unbelievable spell,” Cook said of Shami. “I was facing Jadeja at the other end and quite happy! We found it hard to know which way it was going. One thing Mo did pretty well, yes he was playing and missing, but he wasn’t curtain-railing as much, he was playing the line. 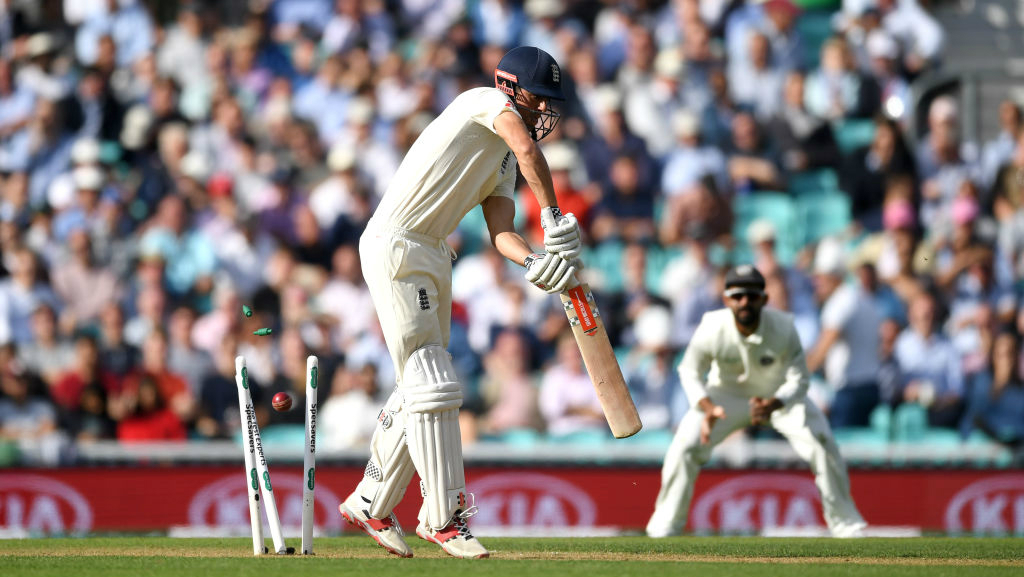 Cook was bowled by Jasprit Bumrah for 71

“There’s sometimes a skill in playing and missing, I know it’s a bit of a funny thing, but he wasn’t moving his hands as much. Sometimes in Test cricket you’ve got to just suck it up and you need a bit of luck.”

Nevertheless, Cook batted on and scored a half-century in his last Test and while he looked set for a hundred, he played a Jasprit Bumrah delivery onto his stumps to bring an abrupt end to his best knock of the series.

"Everyone says, ‘just enjoy it, it doesn’t matter how many runs you get’, but actually that’s never the case"

“There’s nothing worse than going out and not contributing after all the fuss about the week. I was probably just as nervous as I was anyway,” said Cook.

“Everyone says, ‘just enjoy it, it doesn’t matter how many runs you get’, but actually that’s never the case. There’s never a game of cricket ever like that. It was nice to get off the mark, that was the most important thing first.”