Stuart Broad could be dropped from the England Test team for the first time since 2012.

The 32-year-old fast bowler, who is the country’s second-highest wicket-taker of all time, has not been left out since England played India at Kolkata in 2012.

But with the pitch for the first Test in Galle expected to spin considerably, Joe Root’s team are looking at ways of incorporating three specialist spinners while maintaining a lengthy batting line-up. That would mean either Chris Woakes or Sam Curran occupied the final seam bowling slot alongside Jimmy Anderson and Ben Stokes.

“We still haven’t finalised the team. Stuart could still definitely play a massive part within the three-match series and definitely he is an option in the first game,” Root said.

“I wouldn’t say it’s a changing of the guard and I wouldn’t say he’s in a weaker position than he has been previously. I think he’s actually improving all the time and using his experience wisely. His action is as strong as it has ever been. If we find a different formula with him or without him, I don’t think it weakens him as a player or shows where his game is going. 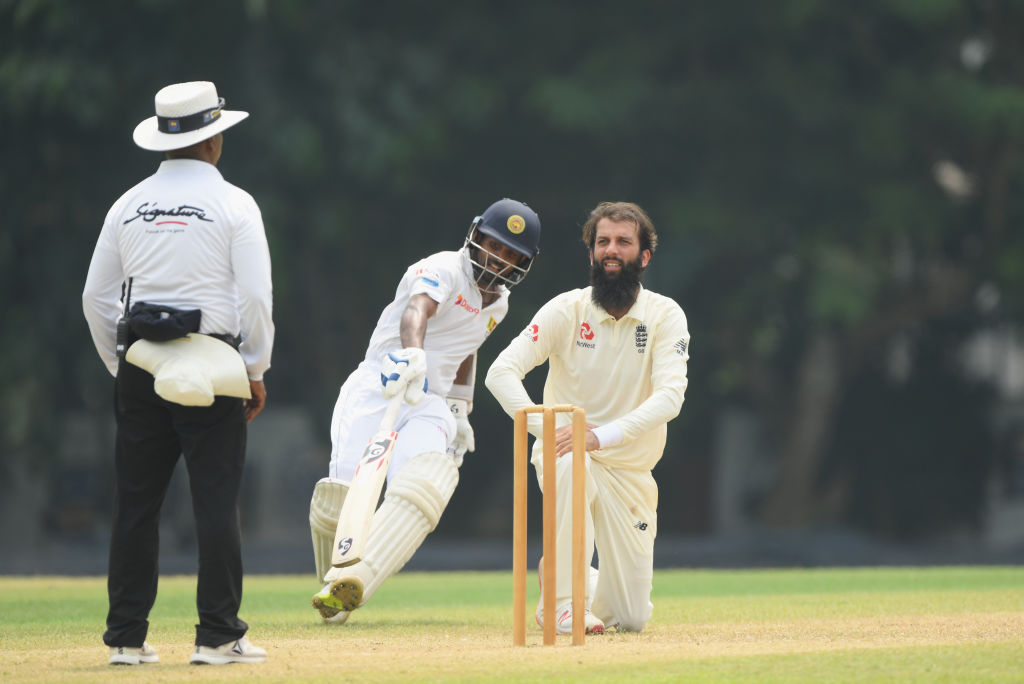 “Ultimately it will come down to the balance of the side. We’ve a bit of time now to work out what that will be and when we get to Galle we’ll make a big call on that.”

With Root himself and possibly Joe Denly also offering spin options, England may stick with two specialist slow bowlers and retain a place for Broad. Indeed, given the number of all-rounders available, a touring England captain has arguably never had so many possible combinations from which to choose. But Root is willing to approach things differently in order to arrest the recent trend of England’s form away from home.

“Obviously our away record has not been what we’d like over the last couple of years,” he said. “But it’s an opportunity for this group of players to turn that around. We shouldn’t be scared or intimidated by the surfaces or by the make-up of their team.

“But we’ve been away from home for a number of times now and struggled. So whether we have to find a different formula we’ll just have to wait and see.

“We’ve got a number of points of difference within our attack, with spin and seam, which pose a different threat on surfaces that are different to what we’ve played on in the past,” Root said. “What let us down in India, if you look at the results, is that we either dropped chances that were crucial or we wilted on days four and five in our second innings. In the first inning we batted extremely well and put 400 on the board in the majority of occasions.

“Taking those chances will be crucial and making sure we’ve got plenty of variety.”

England endured a difficult first day of their opening warm-up match in Sri Lanka, a two-day affair in which they are fielding a total of 14 players, with just Jack Leach and Olly Stone left out. That pair, who will appear in the second warm-up match, will hope to make more of an impact then than the bowlers on show on Tuesday, as a strong Sri Lankan Board side got to 392-9 with three batsmen retired out.

Moeen Ali took two wickets, while there was one each for Anderson, Woakes, Denly and Adil Rashid. Broad, Curran and Root all went wicketless as the Sri Lankan batsmen looked consistently comfortable. There was a wicketkeeper per session, with Jos Buttler, Ben Foakes and even Ollie Pope all getting a go with the gloves.

The game will resume on Wednesday.