Coming into the Trent Bridge Test on the back of a string of low scores, Cheteshwar Pujara turned his fortunes around and got a gritty 72 off 208 balls in the second innings of the third game.

Riding on Pujara’s half-century and captain Virat Kohli’s 103, India declared their innings on 352-7, giving England a target of 521 runs to win the the Test and with it the series.

The 30-year-old India No.3 was a part of Yorkshire in the County Championship Division One, and although he had scores of 23, 17, 0 and 32 from four innings, he was confident a big knock was just around the corner.

“I think I was always confident, although I didn’t play on challenging pitches in county cricket. I always felt that I was batting well, especially in the nets – the way I was timing the ball, I was very confident that I was up for a big one,” Pujara said after day three of the third Test. 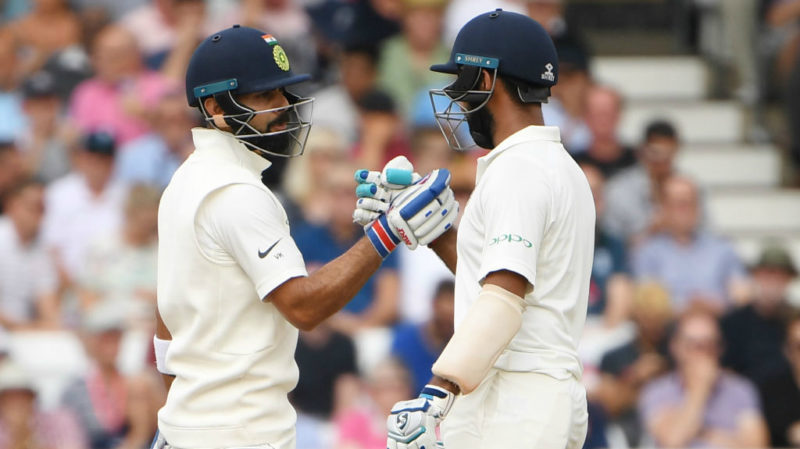 “The way I batted in this innings, I felt that whatever I was working on in the nets came along and I am really pleased to score those valuable 72 runs for the team.”

India’s batting woes had come to the fore in the series, with the team managing just 107 and 130 at Lord’s after having run England close in the first Test at Edgbaston, which the visitors lost narrowly by 31 runs. With the exception of Kohli, no Indian batsman had a scored a half-century in the first two Tests and Pujara’s mantra for revival coming into this must-win game was trusting his own technique.

“I think you just need to trust your technique, your temperament and be confident about how you know to play in such conditions,” he said. “Playing county cricket did help me. I have learnt a lot, although I didn’t score many runs but the kind of time I spent here in the last few years has helped me deal with such conditions.”

“Ultimately, wherever you go, especially for us Indian batsmen when we play away from home, whether it is England, Australia, South Africa or New Zealand, I think we just need to trust our technique. Everyone has a different technique and a way to play, and we should play the way we know,” said Pujara, who had scores of 4, 0, 19, 50, 1 and 35 in his last six Test innings before the England tour. 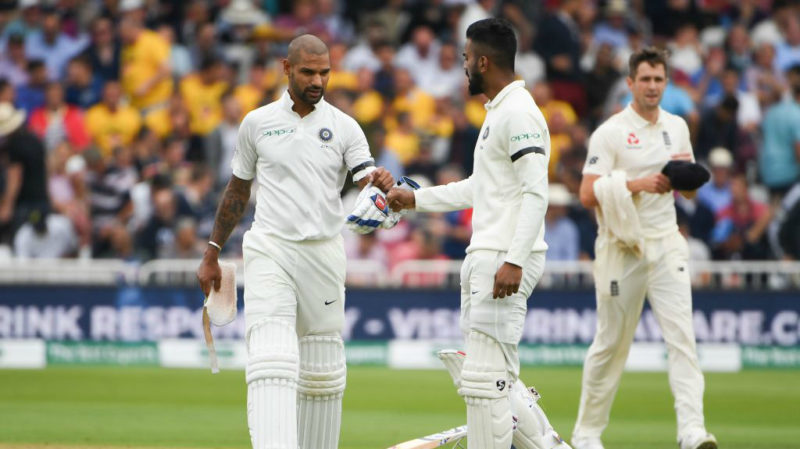 Did the low scores add an extra bit of pressure on him? “Yes, to be honest, there is always some pressure, especially when you haven’t scored too many runs and even as a team, a batting unit, before this Test match we did not score too many runs,” he admitted.

That pressure was released to some extent by openers Shikhar Dhawan and KL Rahul, who added 60 runs for the first wicket in both innings of the Test and laid a platform for Pujara, Kohli and the ones coming after them.

“It was important that our top-order starts scoring runs. The way our openers batted in the first and second innings, I think a lot of credit goes to them because sometimes it is not about scoring big fifties or hundreds but even if they get 30 or 40 runs, it is quite valuable for the team,” Pujara said, hailing the openers’ efforts.

“I think in both innings we got 50 runs without losing any wickets, which is always important for the team.”

Even as India put up a much-improved batting performance in this Test – Ajinkya Rahane had scored 81 in the first innings to go with Kohli’s 97 – James Anderson continued to trouble the visitors with some high-quality swing bowling. As for Pujara, having played Anderson earlier helped him cope. 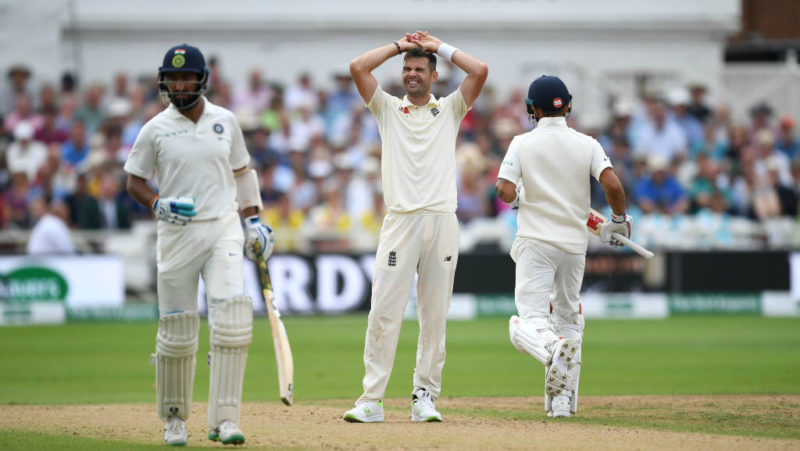 “Facing him in 2014 in similar conditions has helped me, because I knew what areas he bowls in and what should be my game plan. So I was very clear with my game plan and what I wanted to do,” Pujara said.

Pujara was helped by Kohli’s second century of the series, a magnificent 103 in the second innings in addition to his 97 in the first, and the duo had a vital 113-run stand for the third wicket, while batting out the entire first session on day three.

“I think he (Kohli) batted brilliantly and has been batting well since the first Test. So he has been in good touch and making the most of it,” Pujara said of Kohli. “Some shots he is playing on this pitch are very difficult for any other batsman to execute, and I think that shows he’s in good form and batting really well.”