A maddening, series-encapsulating day for England at the SCG sees the tourists conspire to turn a promising position into a demoralisingly limp one, writes Phil Walker.

Joe Root and James Vince are separated by two months, a few hundred miles and 5,000 Test runs. Root celebrated his 27th birthday last week in Melbourne, cutting a much more relaxed figure than the apparition that stalked the toss at the MCG. Today he raged again – as he has done all series – against those maddening internal blockages, to a fourth fifty, only to perish once more in that no-man’s land between good and inarguable.

Four years ago, Root was removed at the last from the Sydney funeral march, ostensibly to protect him from more misery; it was an omission, he says, that helped turn him into the cricketer we see today. But it’s nine matches now in Australia, and no Ashes hundred. It is inconceivable that he won’t one day; but then again, who knows? Four years is a long time in cricket. It will feel like an aeon tonight. 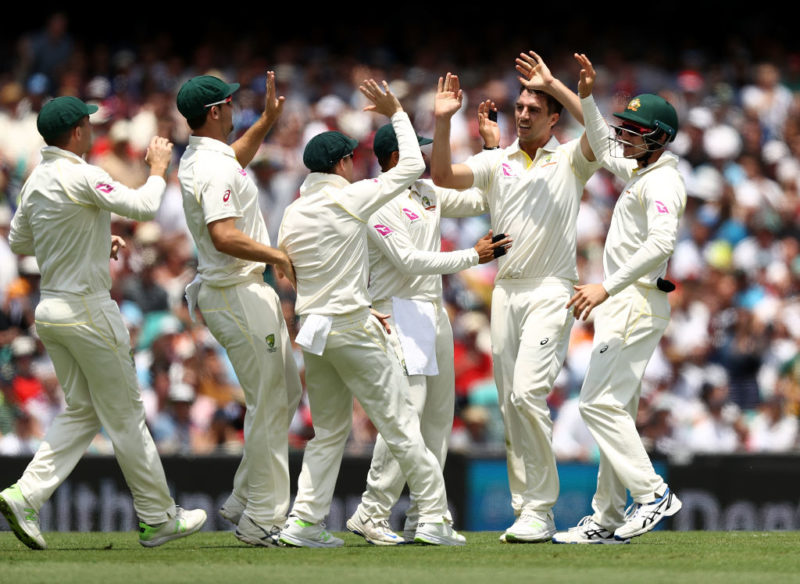 Cummins was the pick of Australia’s bowlers, nicking off Stoneman then Vince

James Vince, meanwhile, will join Root in the fabled ’27 club’ during the second leg of England’s winter, though it must now be a fading hope that he will be involved in it. New Zealand’s famously hospitable folk will be robbed of the most generous cover-drive in the game. The figures are one thing. Two fifties from 18 hits. A highest of 83, made in the first innings of the series, a Test average of 23, and 28 in this series.

But of course, on top of all that, is the now-comic inevitability of his dismissals. He has now been caught behind the wicket 11 times in his Test career. If Vince has learned anything from this tour, it is perhaps that a man can’t deny his true nature.

There remains the possibility that he is a deep thinker on the game, and that the dawdling demeanour and strangely absent presence – not ideal in your No.3 but not necessarily a guide to what’s truly bubbling beneath the surface – is some kind of chimera, masking an agonised grafter busily scraping away at the sediments of his game. Indeed, the game is full of possibilities. But it is quite a leap of faith at this stage. 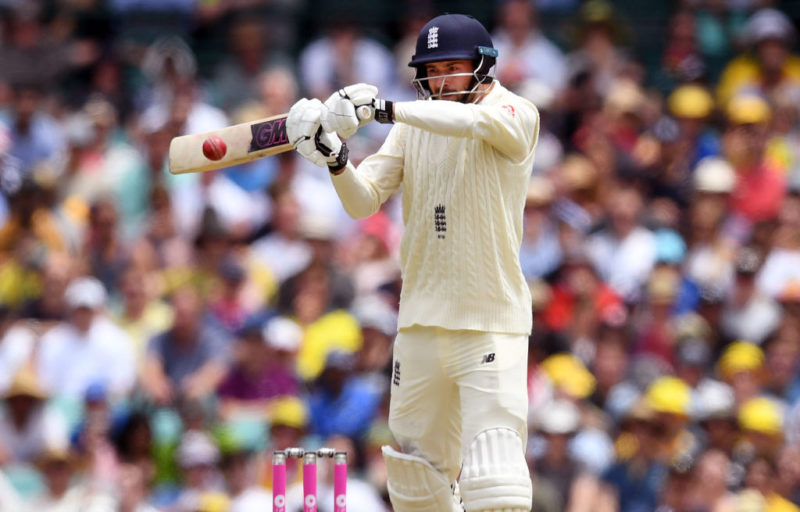 Vince cuts during his 25; the shot would soon result in his downfall

Vince seems to trouble us all; certainly, anyone with even a passing interest in aesthetics. He looks like a batsman, and sets up like one; he makes their shapes. He has that murmur of time to play his shots – witness the ease with which he adjusts to those early bullets, softening their impact; indeed, at times, the stillness can come across like a virtue. He wears a mean long-sleeved shirt, and rocks the short-sleeve sweater. He uses a classic English batmaker to fleetingly unveil classic English cricket shots. He stands tall, drives memorably and notoriously, and can play the hook to the quicks.

“England don’t really need another Brylcreemed drifter; they need a Volvo man on the school-run”

He showed us those two shots again today, in his Vincian 25, carving and unfurling from a standing start, feet an afterthought, those hands of plenty, giving with one and taketh with the other. The problem with ‘the drive’, much discussed as it is, is that England don’t really need another Brylcreemed drifter, Marlboros in the turned-up sleeve of his tight white, unveiling himself to the open road; they need a Volvo man on the school-run. Living fast and dying young may be the currency of the modern game, but this series has no truck with that: the story has been Steve Smith, and a bit more Smith, batting on and on, a one-man occupy movement. 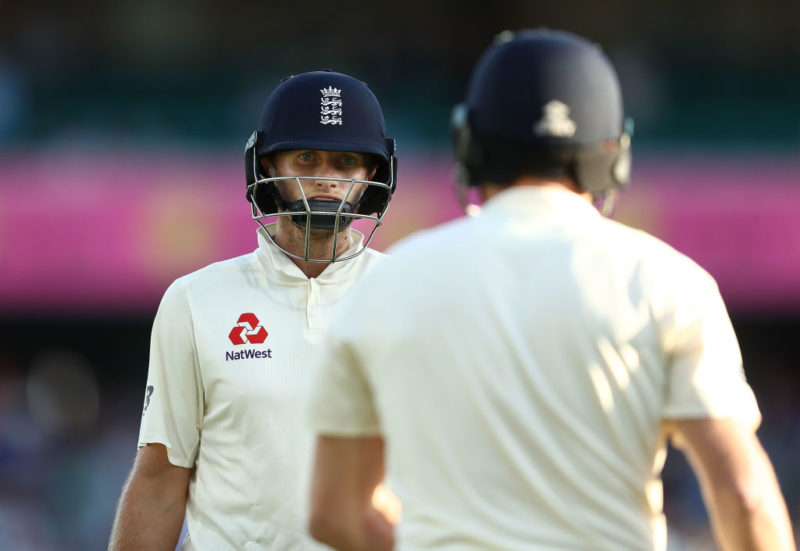 If looks could kill…

Root has obviously come up short in the much-trailed battle with Smith. He will say so himself. The image of him on his knees, bereft mid-pitch as a swarm of baggy greens buzz around him, is likely to be the abiding shot from a series rich in what-might-have-beens. England have had opportunities in every match here, and apart from Melbourne, flunked them all.

A word, then, on Jonny Bairstow. Why did he come out to bat with seven minutes left of the day? Because nightwatchmen are unmanly? The ending, pushing vacantly at a shiny length ball, was in keeping with the theory. There had been a longish conflab between Root and Bairstow when they met at the crossroads. One wonders if the captain didn’t ask him what the hell he was doing there. It put seasoned watchers in mind of Gooch and Gower on the 1990/91 tour, when the latter’s insouciance, perishing to a leg-side wide on the stroke of lunch, so incensed his put-upon, tether-ended skipper, and prompted Mike Selvey to write that if looks could kill, Gooch would be on a serious charge, “but you would not blame him.” 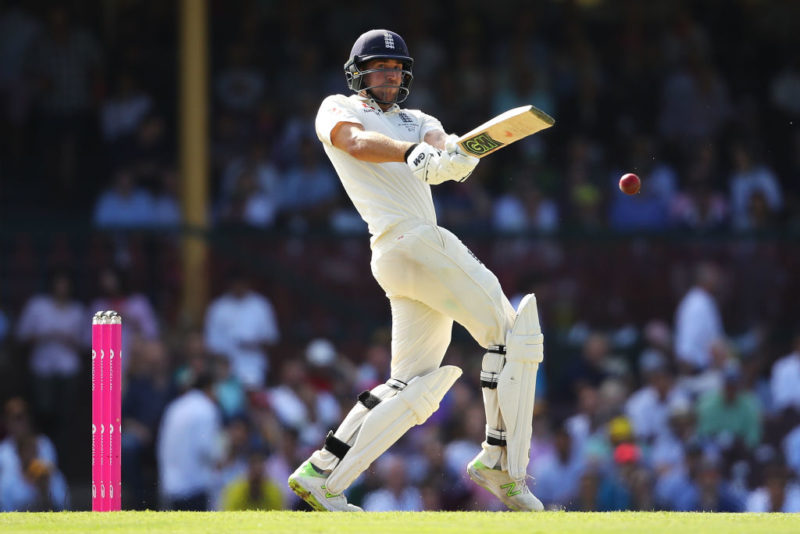 Malan is now the top runscorer for England in the series

In the midst of it all is, well, Dawid Malan, inching in the evening sunshine past Alastair Cook to become England’s top runscorer in the series. Of the newbies, while Vince has infuriated and Mark Stoneman under-delivered for the starts he’s made – another one today, another good nut, another nothing score – it’s been the self-contained Malan, trusting to his way, who has emerged. He resumes on 55 in the morning, but England, on a flat one, with a long tail, have conspired to turn a promising position into a demoralisingly limp one. It feels unfair that their hopes of a competitive first-innings score appear to rest on him, but this is the new reality.