England fell just short as they were finally defeated by New Zealand late on the final day of the rain-hit Test match in Auckland, losing by an innings and 49 runs.

After losing their captain, Joe Root, to the final ball of day four, England knew the task ahead of them would be difficult to hold off the New Zealand side which had bowled them out for just 58 on day one.

The tourists fought valiantly on day five, but were unable to repeat Matt Prior’s heroics to save a draw on that final day five years ago at the same venue. 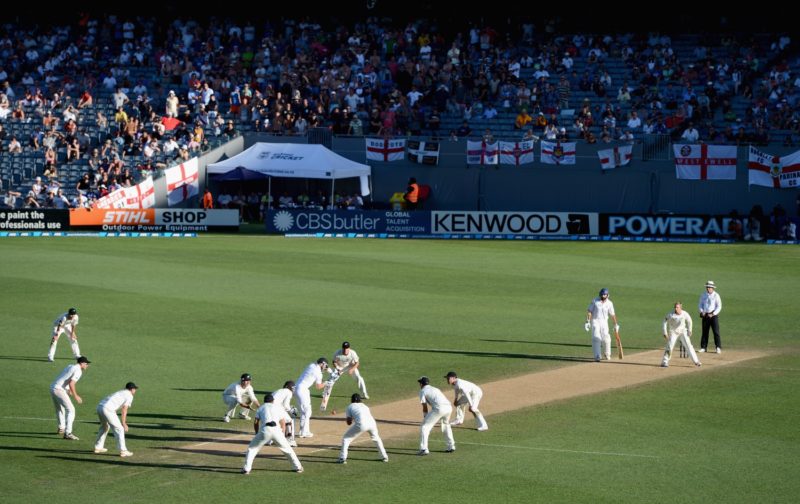 Back in 2013, Matt Prior saved the Auckland Test for England on the final day

Following Root’s dismissal last night, England started the day on 132-3 needing to bat out the whole of day five with seven wickets intact, but soon lost Dawid Malan when he edged to the slips from a loose shot outside off stump.

Jonny Bairstow joined Stokes at the crease and the pair managed to take England through another 20 overs of play before Bairstow dragged a Todd Astle delivery to Kane Williamson at mid-wicket. Moeen Ali scored quickly when scoring wasn’t necessary and finished off the first session when given out LBW on review to a Trent Boult delivery.

Stokes was determined to keep England going as he battled throughout the second session, joined ably by Chris Woakes as the duo fought to keep England hopes alive, before England once again lost a crucial wicket to end a session. 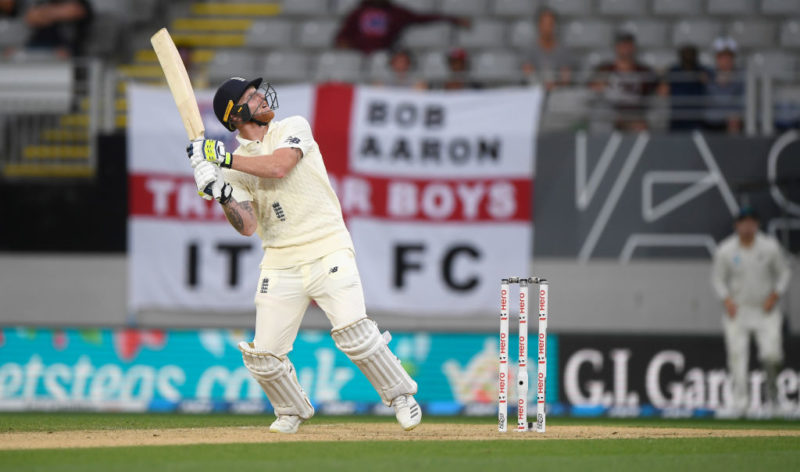 Neil Wagner finally got his reward for some smart bowling as Stokes finally offered up a chance; attempting to slash Wagner’s bouncer over point he could only find Tim Southee beneath the ball.

From that point on, England knew there was a high chance of defeat in the final session and, sure enough, it came. Woakes battled on but could not be joined for too long by Craig Overton and soon fell himself to another Wagner short ball, leaving Jimmy Anderson to prod Astle to mid-off for New Zealand’s victory.

This win, albeit with a very different side, will somewhat ease the memory of the Auckland Test five years ago for New Zealand, who thought the rain during the match may have denied them victory, but they now head to the second and final Test in Christchurch leading 1-0.