After Ravindra Jadeja rallied to leave India just 40 runs short of England’s first innings 332, all eyes were then on Alastair Cook, batting in his final Test innings, who reached stumps unbeaten on 46.

Here are the five moments that defined day three.

If a first-class average of 59.99 had not been enough to warrant his place in the side until now, then this gritty half-century over the space of two days will surely go a long way to keeping his place in a fluctuating and unstable Indian batting line-up. It was hard going on day two against an English bowling attack that was firing on all cylinders, but Hanuma Vihari reached stumps unscathed, and day three saw a more fluent approach as Vihari settled in on the world’s elite stage, bringing up his debut Test fifty from 104 balls. 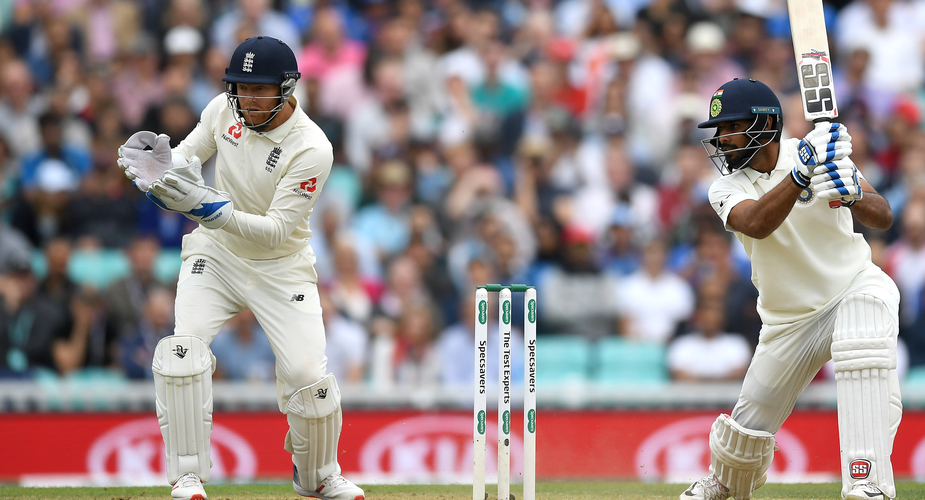 Virat Kohli’s selection headache stems from a lack of runs throughout his batting line-up, and despite a plethora of valid options, few have staked a claim in recent times, epitomised by exclusions of the established and proven Cheteshwar Pujara and Murali Vijay. There was much debate regarding the selection of 24-year old uncapped batsman Vahiri, with some calling for the inclusion of Karun Nair, and others making a case the record-breaking 18-year old for Prithvi Shaw. He might be less eye-catching, but Vihari’s stoic 56 was just a glimpse of what he can provide; Solidity and consistency. If his phenomenal first-class record can translate even slightly to the international circuit, then Kohli might have a new middle-order stalwart on his hands.

Jadeja reminds India what they have been missing

Most teams in world cricket would snap your hand off for the chance to field the world’s third-ranked all-rounder and bowler, but India possess such depth that Ravindra Jadeja has had to settle for a solitary Test appearance in this series. For those reasons, he can count himself a supremely unlucky man, and he entered this match with real fire in his belly, notching four wickets in his first innings back with ball in hand.

On day three, he reminded the Indian selectors just what a dynamic and multi-faceted player he is, performing excellently with the willow too. England looked perplexed at times in their attempts to dislodge him, as he negotiated their bowling attack masterfully and kept Jasprit Bumrah – one of the world’s weaker no. 11s – safe at the non-striker’s end for long periods. 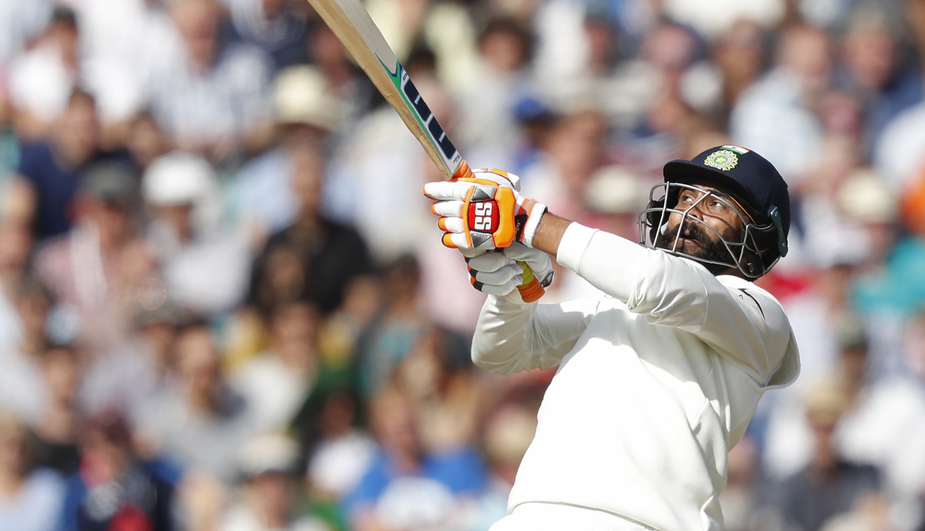 In a series where India have lacked a wagging tail and have seen their lower order capitulate on numerous occasions, the presence of Jadeja and his top match-management skills have been sorely missed. His brilliant unbeaten 86 dragged India to just 40 shy of England’s 332, and had Bumrah not been so leaden-footed to be run-out when India were nine down, Jadeja would surely have surpassed his previous high-score of 90 and likely notched his maiden Test ton.

One would surely have to scavenge through years of Test archives to find a more impressive, but ultimately fruitless bowling spell, as Mohammed Shami’s in England’s first innings. He toiled for 30 overs and was certainly the most threatening on the first day, but Bumrah and Ishant Sharma took three apiece, and Shami looked totally dumbfounded as to how he had not dismissed any of England’s batsman, in particularly Moeen Ali, whose loose off-side strokes struck nothing other than air for what seemed like an eternity.

It looked like deja vu might ensue on day three for Shami. Cook played and missed and Shami stood and stared, and the retiring England legend let slip a wry smile after he and Keaton Jennings reached tea with their wickets intact. Following the break, Shami was finally rewarded for his efforts, coming wide of the crease around the wicket to Jennings and bowling him, England’s under-fire opener opting to leave, and the hooping in-swing dislodging his bails.

For Jennings, his dismissal marked the final chapter of a dismal series on a personal front, and had Cook not announced his post-fifth Test retirement, then the 26-year old would surely have been replaced for the imminent tour of Sri Lanka. Shami got him with a lovely delivery, but he had protected his stumps to identical balls previously, and the leave was unwarranted. England will likely continue to back him amidst their search for another new opener, but runs in the subcontinent are now a necessity, or he will get the axe. 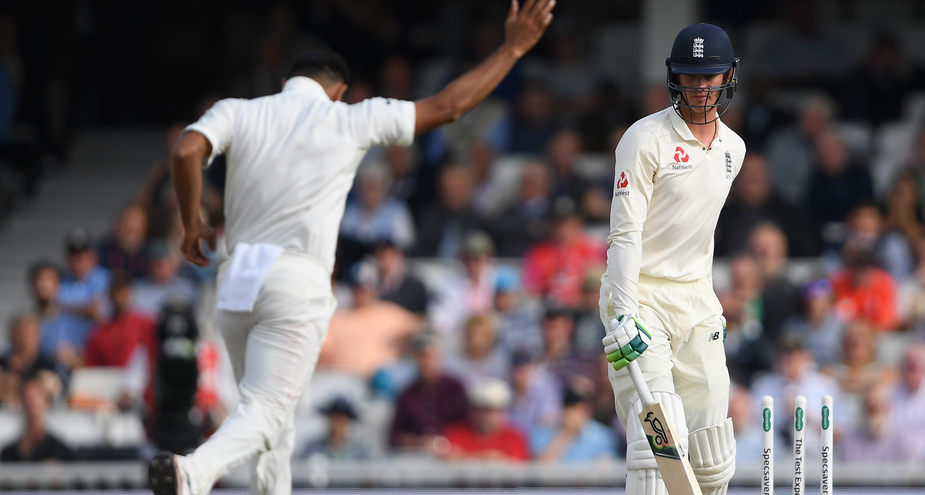 Jennings averaged 18.11 with the bat in this series

It is not a surprise that Kohli jumps at the opportunity of a review. He is something of a ‘micro-captain’ as the modern day cricket analyst would coin it, similar to the successful technique employed by Eoin Morgan for England in ODIs, where each ball is taken on its merit and the field can change after each delivery.

For India’s skipper, ‘micro-captaincy’ can sometimes slip into ‘knee-jerk optimism’ as we often see him place fields according to the last shot played by the striking batsman. This translates to his use of DRS too, and this series has seen both captains make poor decisions as to when to utilise their two reviews. Here, on day three, we got a perfect example of how not to review by captain Kohli, as he used both unsuccessfully before England had even reached 30 in almost identical circumstances. Jadeja to Jennings, given not out, upon review Jennings had got outside the line of it. Shortly after, Jadeja to Cook, same result – and India were left review-less.

For a man who is so meticulous and fiercely competitive, Kohli must consider an approach less reliant on reflex. Neither looked out in real time. 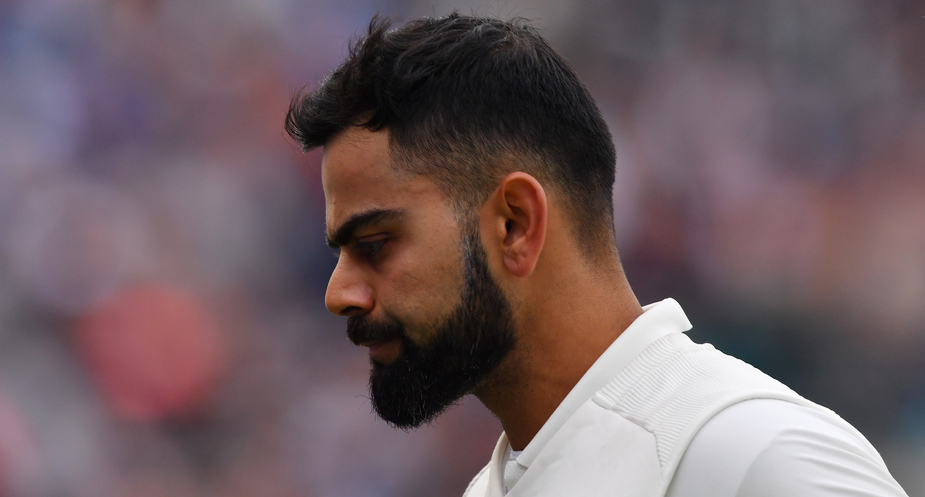 There aren’t many genuine fans of the gentleman’s game who will not want Cook to post three figures in his final outing for the country he has served so loyally, and his first innings 71, although his best knock of the series, felt like a disappointment for all.

On day three, Cook went about his business in classic fashion, getting off the mark with a flick off the hip for four – a shot that was once a regulation shot, something not of beauty but pure effectiveness and efficiency, but is now one of the most stunning batting actions that an English cricket fan could imagine. No-one will ever play it quite like Cook. As much as Ian Bell’s cover drive, KP’s flamingo, or Ricky Ponting’s pull, it’s his signature shot.

As we approach the conclusion of this man’s phenomenal career, all but the Indians will be pleading for a Cook ton, and the calmness in which he batted on the third day is only fuelling optimism of a true fairy-tale finish. He’s 54 runs short of a parting century, and with a more fluent-looking Root beside him, it looks written in the stars that the Chef gets his dream ending.