India dominated much of the opening day at Southampton, but a rally from England’s lower middle order, and Sam Curran’s excellent 78 in particular, got them up to 246 before India’s openers saw out a tricky last 17 minutes.

Here are five defining moments from day one.

Joe Root was pleased to choose first use of what everyone agreed would be a lovely batting track and England, perhaps, could finally get their top order into the series. Except it wasn’t, and they couldn’t. India’s bowlers were terrific, moving the ball in the air and off the pitch right throughout the day in what turned out to be, once again, favourable conditions for the seamers. Rarely can an Indian pace attack have bowled so well in unison. The credit is theirs, but Root must have wished he’d lost a toss which was, in hindsight – for all India’s skill – probably a good one to lose.

With Jasprit Bumrah particularly threatening with the new ball, England’s Keaton Jennings was cruelly exposed. The struggling opener fell prey to a surprise inswinger off the first ball of his second over, the ball hooping back at high pace and thudding into Jennings’ pad. The tall left-hander was not flattered by the still image of the moment: having expected another out swinger he’d offered only an ungainly-looking leave. It is quite possible that Jennings, who is now averaging 16.56 against pace bowling in Tests, has one more innings to save his international career. 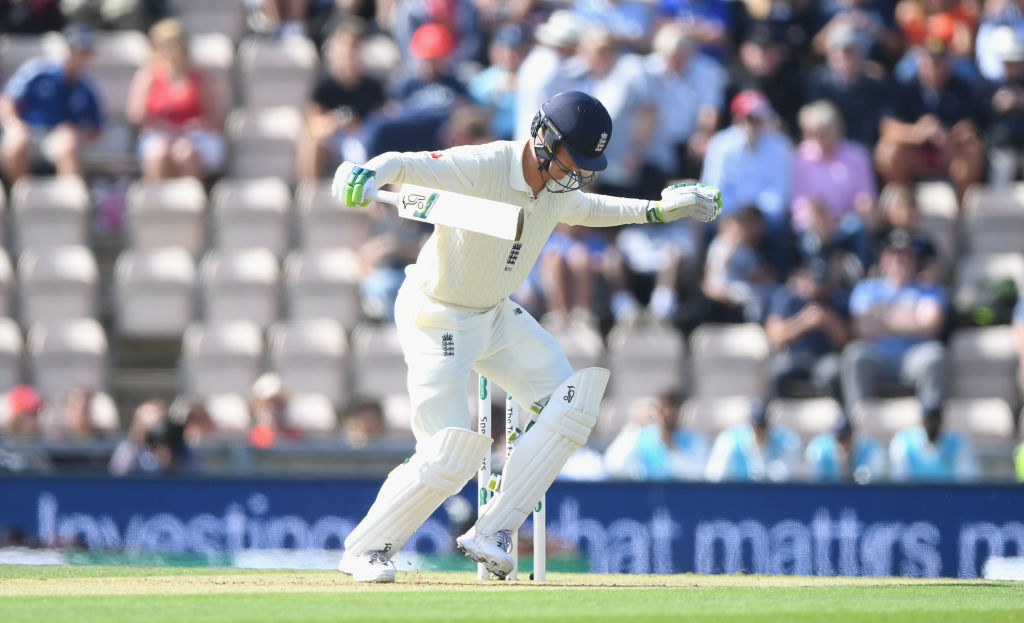 The impressively revived Ishant Sharma was relentless and probing and pacey all day, but it was his first wicket that will live longest in his memory. In dismissing England’s captain Joe Root lbw with a heavy inswinger, he became only the third Indian fast bowler ever to take 250 Test wickets – after Kapil Dev and Zaheer Khan. He has been mocked and maligned in his time, but is now assured of a place in history and has without doubt been too good for plenty of England’s top-order this series. As Jon Hotten has noted, it’s hard not to be drawn in by his story.

Sharma swings one in again and Root, who reviews the decision, is gone.

England in trouble at 15/2 with Bairstow joining Cook.

Sam Curran, back in the side in place of the injured Chris Woakes, was again responsible for adding a degree of respectability to England’s total, combining a solid enough technique with a willingness to attack at the slightest opportunity – and once again going to a fifty with a boundary – this time a huge six over mid-wicket off Ravi Ashwin. His 78 was England’s top score and his side will hope the intervention is as telling as it was at Edgbaston, where it played an enormous role in England’s eventual victory. In that style the 20-year-old was, for a while, well supported by Moeen Ali, also recalled for this Test, who battled hard for an 85-ball 40. But it was Curran, who at times in the evening session drove Virat Kohli to distraction with his impish aggression, who stole the day for England fans. 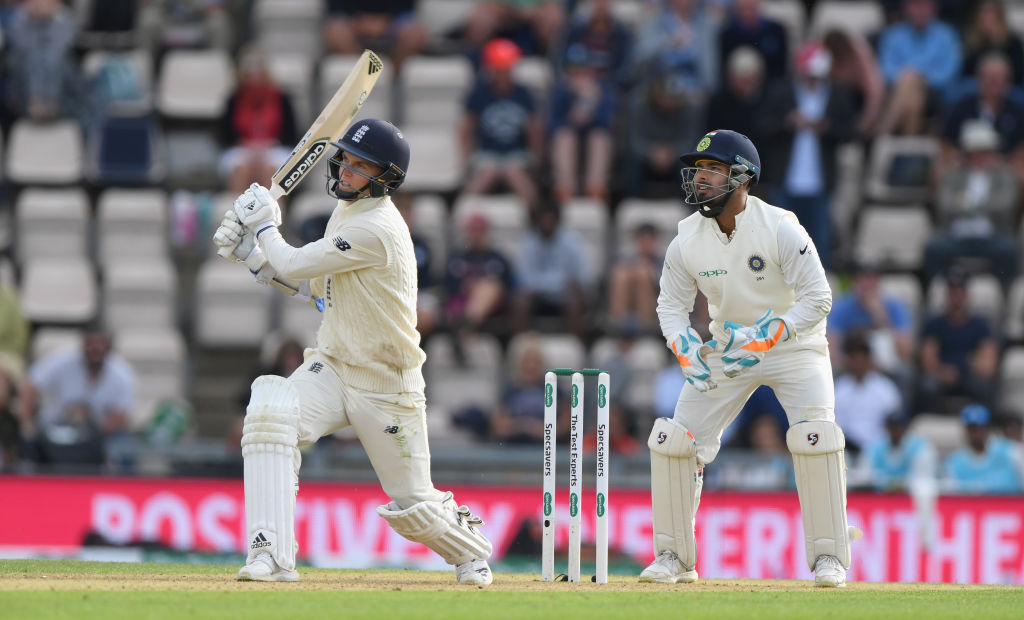 Bumrah brings it in

Jasprit Bumrah’s unique action has always made him awkward, quicker than you think, and tricky to pick up. But it has generally been assumed that it also restricts him to moving the ball only one way: in to the right-hander, out to the left. All that changed today; indeed, from the moment Jennings was deceived, one of the themes of the day was the sense of anticipation when, after a few sent across the left-hander, an in-ducker was due. Bumrah has worked on adding the delivery to his armoury throughout the tour and the sight of him arcing the ball back with little discnerible change of action, at paces pushing 90mph, was a truly exhilarating one for Indian spectators. He is a special talent.