Ben Foakes struck 87* on debut to help England recover from a poor start to end on 321-8 on the first day of the first Test against Sri Lanka in Galle.

The 25-year-old Surrey wicketkeeper, who was handed a first cap before the start of play along with his county skipper Rory Burns, ended unbeaten on the opening day, after putting together an 88-run partnership with fellow Surrey youngster Sam Curran (48).

After Joe Root won the toss, England’s top order looked eager to impose themselves but were unable to dominate for long, meaning Foakes, batting at No.7, was brought to the crease with the score on 103-5 in the morning session. 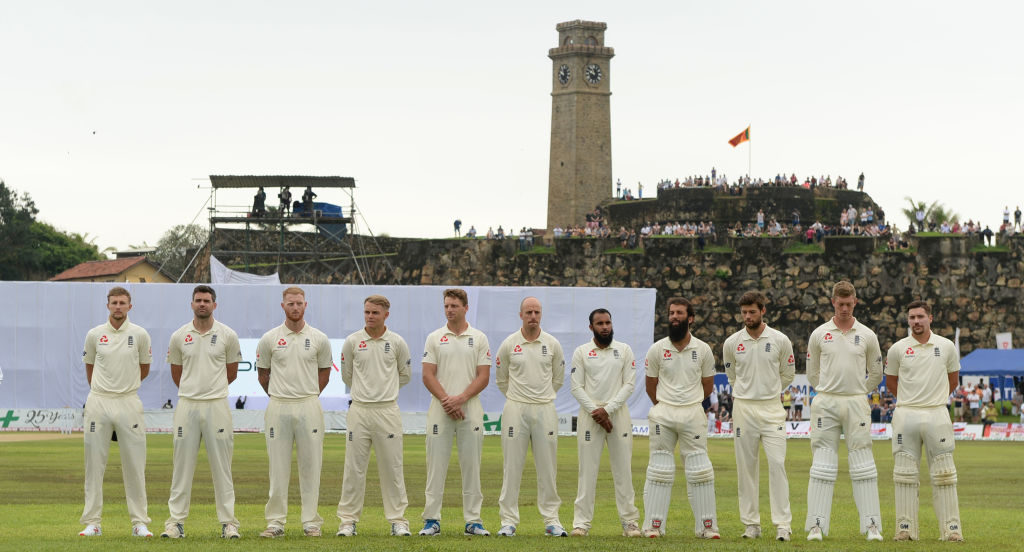 England named three spinners and two debutants in Galle, with no place for Stuart Broad

He batted for 184 deliveries, with patience and a clear method – happy to defend, play with the spin and pick up singles, only occasionally going hard at the ball when there was a loose delivery. He put on 61 alongside Jos Buttler before being joined by No.8 Curran, and the pair batted England into a far more comfortable position through most of the second half of the day.

Curran too showed he was able to curb his attacking instincts, willing to play out plenty of dots while seizing on anything over-pitched: he smashed three thrilling sixes – first straight over long-off off Akila Dananjaya and then skipping down to strike Rangana Herath over wide-long on, before a one-bounce four over the top brought a drag-down next ball from Dhananjaya de Silva which was smashed over the leg-side.

Curran tried to dispatch another flighted delivery from Akila just after drinks in the evening session, but the ball spun and was edged to Sri Lankan skipper Dinesh Chandimal – who looks hampered by a groin injury – at first slip.

Adil Rashid batted positively in the closing overs, interspersing solid defence with a number of impressive boundaries before nicking Dilruwan Perera to end with a valuable 38-ball 35 that took England past 300, before Jack Leach at No.10 saw the day out on 14*.

Foakes’ display – while a boost for England’s selectors – is likely to give Joe Root and Trevor Bayliss a headache for the second Test, when Jonny Bairstow is expected to be fit again. With Moeen Ali, so valuable for his off-spin, selected at No.3, there is no specialist batsman who would obviously make way for Bairstow – meaning England would need to shuffle the balance of their side if they wished to pick Foakes, Buttler and Bairstow in the same team. 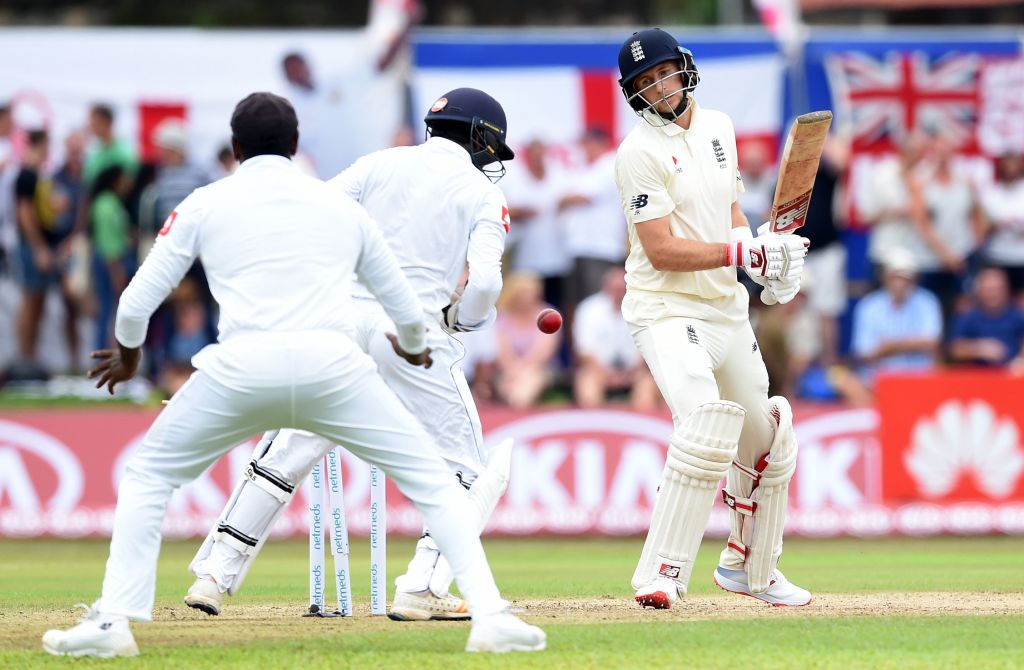 Root played nicely before working himself to Herath

In the morning, Rory Burns was strangled down the leg-side for 9 off Suranga Lakmal after a promising start, before Moeen Ali was clean bowled by the same bowler first ball.

Keaton Jennings and Joe Root put on 62 for the third wicket before the England captain, who had batted fluently, bungled an attempted charge at retiring Herath and was bowled for 35 to give the Sri Lankan his 100th wicket in Galle.

? ENGLAND STRUGGLE WITH THE BAT ?

It has been a testing start for England with the bat in Sri Lanka but Jos Buttler is now at the crease with England 126-5..

Jennings then fell for 46 – he had been dropped at first slip by Angelo Mathews – bowled attempting to cut a flat, straight, quicker one from Perera. But the tall left-hander had shown signs of growing confidence.

Ben Stokes looked fidgety and was bowled past his legs for 7 trying to sweep having shuffled well outside off, bringing Foakes to the crease in his first game. He and Buttler made it to lunch unscathed, but the latter was caught behind for 38 just before drinks in the afternoon session to bring Curran to the crease.

England will now be happy enough with their day’s work. After that morning session, any outcome where they were still batting at the close would have been seen as a small victory, and with over 300 on the board they have every hope of ending with enough runs to feel well in the game on day two.

But the ease with which Foakes and Curran were able to play Sri Lanka’s spinners after the initial collapse may seem ominous to the less optimistic of the tourists’ bowlers.