Virat Kohli has praised Hardik Pandya’s performance on his return to the ODI side, believing India are “more balanced” with the all-rounder in the side.

India’s comfortable seven-wicket win over New Zealand in the third ODI at Mount Maunganui gave the visitors an unassailable 3-0 lead in the five-match series.

It was another convincing performance from Kohli’s side as they bowled their hosts out for 243, despite Ross Taylor top-scoring with 93, before chasing down the score with seven overs to spare.

“The fact that we have won [all] three is an outstanding achievement,” the India skipper said. “The thing that stands out for me is the relentless intensity that the guys have played with throughout and that they have not relaxed after going 2-0 up. 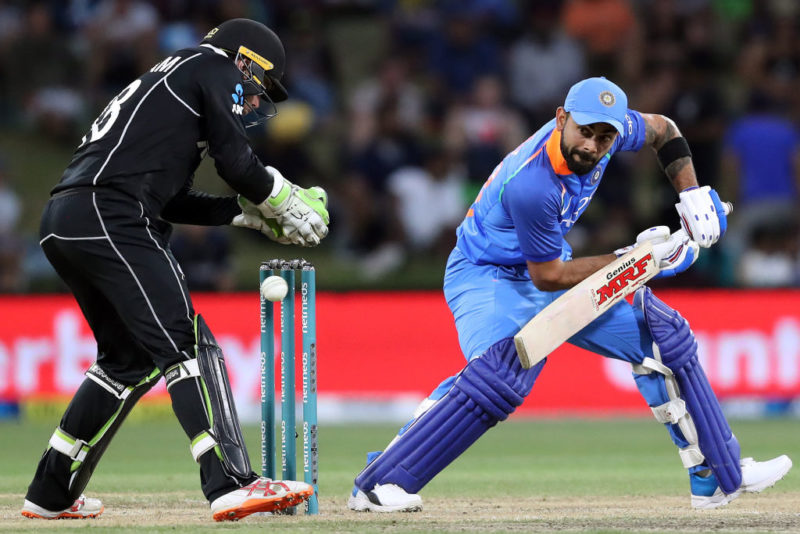 Kohli made a half-century as India sealed the series

“They have started to realise how to close series out and how to capitalise when we have the advantage. The bowlers are as hungry as they were in the first two games and, overall, I am very pleased with how all three games have gone. They were very clinical performances.”

After both Kohli and Rohit Sharma passed fifty, the run chase was closed out by Ambati Rayudu (40) and Dinesh Karthik (38). Their captain believes the duo’s performances were a confidence boost with the World Cup just four months away.

“No.4 is still somewhere we are looking to solidify but when Rayudu starts playing like that, you start feeling more confident about the batting line-up. Dinesh is in great form as well, so he can step in at any time in case we need to shuffle the middle order, and MS [Dhoni] is hitting them well. Everyone is in a really good zone. I don’t feel that we have a lot to worry about.”

Another stand-out performer for the Indians was Hardik Pandya, who took 2-45 on his return to the side. This was Hardik’s first game for his country since being suspended by the BCCI for the three-game ODI series against Australia and the first two ODIs against New Zealand after he made derogatory comments towards women on Indian TV show ‘Koffee with Karan’.

“It is very good to have him back,” Kohli said of the 25-year-old all-rounder. “He is someone who provides a lot of balance to the team and the way he bowled today showed that he went back and was practicing his skills. He put his head down and focused on what he needs to do, and you can tell that because he bowled with intensity straight away, picking up two crucial wickets. 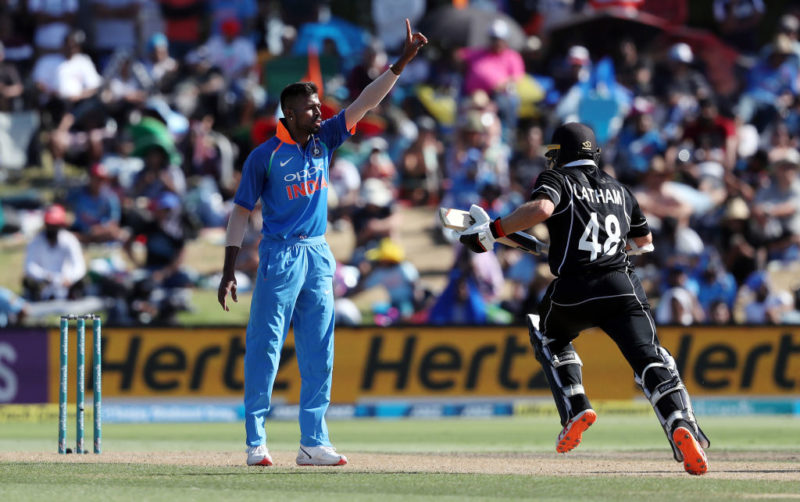 “He is someone who will give you those important contributions in all three departments and that is something that any team would love to have. When he comes into the side our bowling attack and our batting line-up looks more balanced. I hope he can keep growing with this performance.”

This game was Kohli’s last in the series, with India opting to rest their star man with the World Cup around the corner. He is happy with the situation he leaves his team in.

“Now things are more or less running on auto for us, I don’t necessarily need to throw myself around to ask the others to do the same. They are all in a great space. We love playing together as a team and in the end when [Rayudu and Karthik] were finishing the game for us, we were all sitting together and clapping every run. The fact that we like doing these things as a team shows on the field as well.

“I don’t think that with me gone the intensity will drop. With the guys who are waiting for an opportunity to play for the country, you will see even more energy from them. The intensity will be more of the same because it is a part of the team culture now. It doesn’t necessarily have anything to do with me.”

One of those players who may be given his opportunity in the final two ODIs is teenage batsman and India Under 19s World Cup winner Shubman Gill, who Kohli described as “a very exciting talent”. 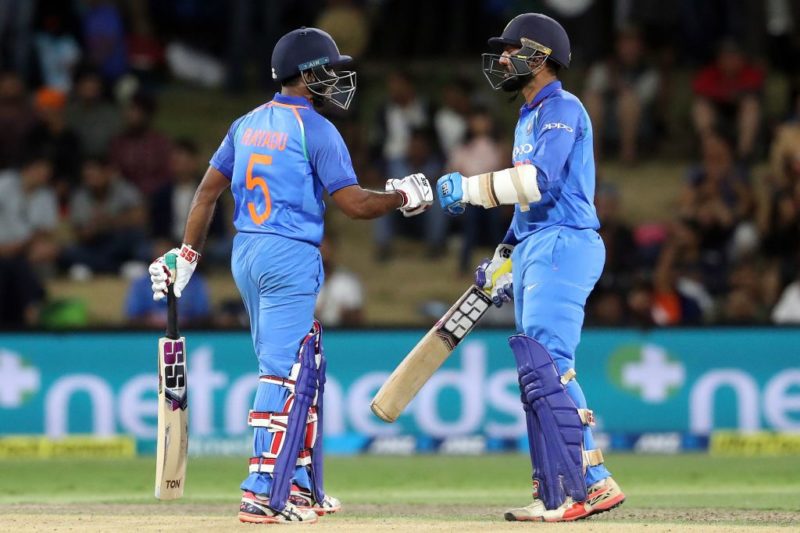 “I saw him bat in the nets and I was like, ‘Wow, I was not even ten per cent of that when I was 19!’ That’s the confidence that they carry, and it is great for Indian cricket if the standard keeps going up and the guys coming in can make impact performances straight away and we would be more than happy to give them the chances and help them grow.”

Despite losing the series, New Zealand are still expected to be strong competitors at the World Cup. Kohli feels this series win could give India a psychological edge when they face each other at Trent Bridge on June 13.

“New Zealand is a very strong ODI side, so when you play like we have against them it gives you a lot of confidence as a team,” the India skipper added. When you are going to play them again, you can take a lot of confidence from the last time you played them and that is usually how international cricket works.

Related Story: Why Virat Kohli rates 2016 T20 World Cup win over Australia ‘very special’
“In a tournament like the World Cup, you never know what kind of confidence a team is carrying when you play them. If it is the first game, then you can bank on these things, but this series is not a guarantee that we will have the upper-hand in the World Cup.