Ravindra Jadeja did well on his India comeback, picking 2-57 from 24 overs in the first innings of the fifth Test at The Oval. After seven wickets fell on the day, he said: “As a bowling unit, we’ve done our job.”

Jadeja broke the 60-run opening stand between Keaton Jennings and Alastair Cook in the first session, and then came back in the final session to trap Ben Stokes in front of stumps.

From 133-1, England were reduced to 198-7 by stumps. And Jadeja said that was no easy task on an unhelpful surface.

“It was very difficult,” Jadeja said. “You’re not getting any help from the wicket on the first day, and the balls you want to bowl, you’re not able to execute.” 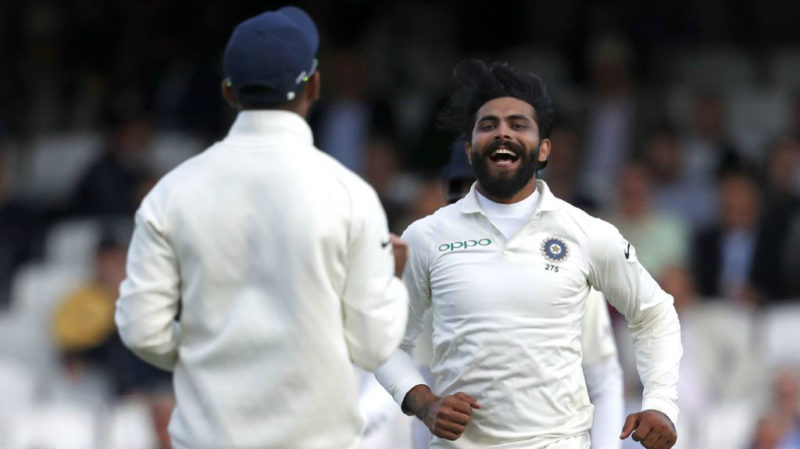 Jadeja returned 2-57 from 24 overs on the first day

The left-arm spinner, however, said the pitch would get slower as the match progressed. “This is a good wicket for batting,” he said. “There’s nothing much in it (for bowlers). As the game progresses, it will get slower. It’s looking slightly dry.”

After Cook and Jennings added 60 for first wicket, Moeen Ali joined Cook in 73-run stand for the second, taking England through the middle session unscathed. However, the Indian bowlers made a fine comeback, picking up six wickets in the third session, while giving away very few runs – the run-rate on the first day was just 2.2 runs per over.

“We made a good comeback. We didn’t get a wicket in the second session, but we didn’t give away many runs either. As a bowling department, we all did our job,” Jadeja said. 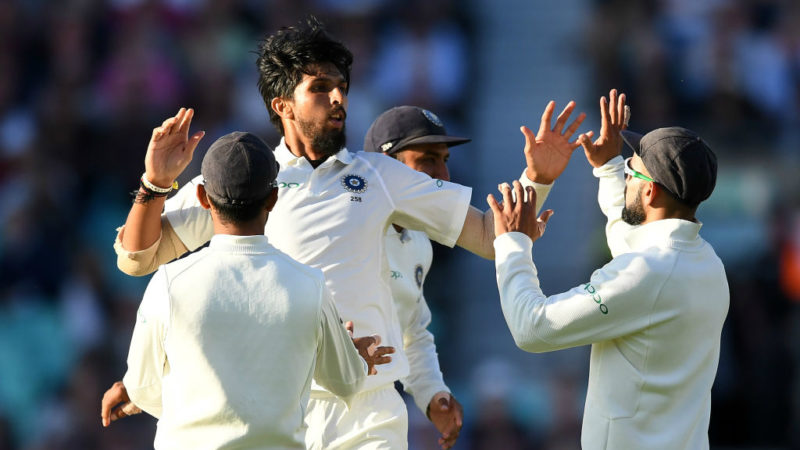 Ishant Sharma picked up three wickets in the final session

Brought in as a replacement for Ravichandran Ashwin, Jadeja did the job of blocking the flow of runs from one end and allowing the fast bowlers to prosper from the other. Prosper they did, as Ishant Sharma (3-28) and Jasprit Bumrah (2-41) picked up five wickets between them.

"We didn’t get a wicket in the second session, but we didn’t give away many runs either"

“I was just thinking that (Mohammed) Shami, Ishant and Bumrah were bowling well from the other end, they were beating the batsmen consistently and were bowling in good areas,” Jadeja said.

“I was just trying to ensure I didn’t give them boundaries either, because if the pressure is released from one end, it become easy for the batsmen.

“We believed that they’d panic and play false shots if the runs didn’t flow. And that’s exactly what happened.”