England were being run into the ground in India. In the painful heat of Chennai, the home batsmen ran riot, racking up 759 runs for the loss of just seven wickets as they crushed the visitors by an innings-and-75 runs to seal a 4-0 series victory in the fifth and final Test.

It was the English spin trio of Moeen Ali, Adil Rashid and Liam Dawson that bore the brunt of a Karun Nair triple-century, finishing with combined innings figures of 4-472. England fans longed for the gleeful days of Monty Panesar and Graeme Swann – when English spinners truly held their own in the subcontinent. 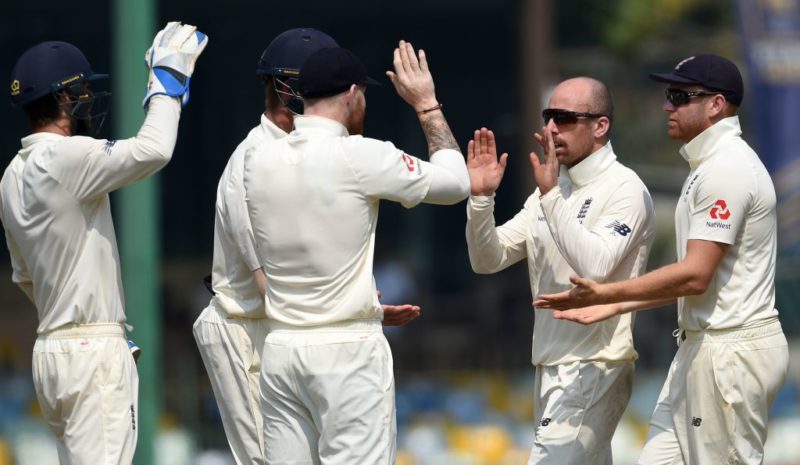 It appears that those days may be returning. Despite a nerve-inducing tenth-wicket stand of 58 runs between Suranga Lakmal and Malinda Pushpakumara, England sealed a 42-run victory and 3-0 series whitewash against Sri Lanka after tea on the fourth day of the third Test in Colombo.

Related Story: England considering Keaton Jennings recall – report
The stars of the show – England’s spinners. Joining Rashid and Ali this series has been the livewire Jack Leach whose left-arm twirlers have been both economical and potent throughout the series.

It was Leach who made the opening breakthrough in the morning with a dreamy working over of nightwatchman Lakshan Sandakan. Pitching the ball on leg-stump, Leach invited the shaky forward-defence of Sandakan, and the turning ball kissed the outside edge of the bat before being collected in simple fashion from Ben Stokes at slip.

England secure their first overseas series whitewash since they beat Bangladesh 2-0 in 2010!

At 82-5, one could imagine the champagne being put on ice in the England changing room. However, Kusal Mendis and Roshen Silva seemed intent on postponing the party for just a while longer.

Despite his glaringly obvious talent, it has been a nightmarish series for Mendis, and Leach has been at the forefront of his misery, dismissing him on four occasions. For once, it seemed that Leach’s stranglehold over Mendis was to be loosened, as he and Silva put on 102 runs for the sixth wicket. Just 14 runs away from a sixth Test century, one could have forgiven Mendis for thinking that he was finally set to find some enjoyment in the series.

And yet, like a demonic presence that seems intent on haunting the classy, diminutive batsman, Leach returned to cast misery on the young batsman – running in from backward square-leg, he launched a bolting throw at the bowler’s end to have Mendis run out for 86. 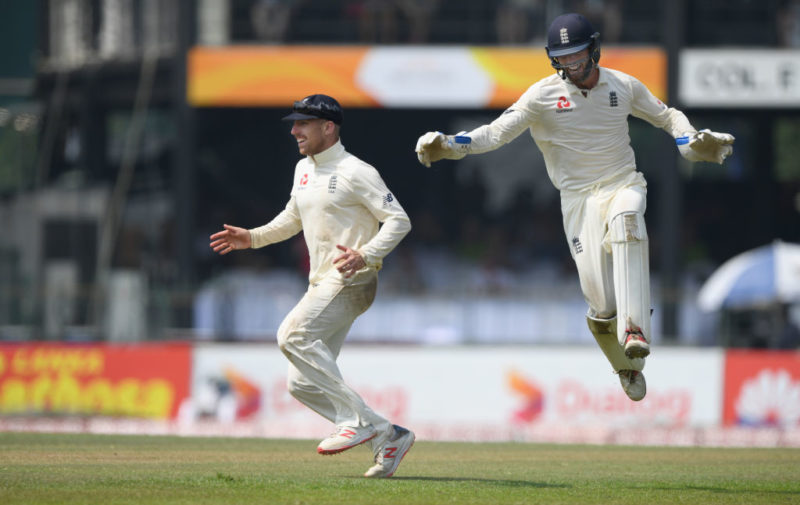 As Leach would tell Sky Sports at the end of the day’s play: “I would love to say I have been working on those long distance run-outs but … I saw it going towards the stumps and I was like ‘that’s going to hit’.”

Dickwella followed after, offering a catch to Jennings at short-leg off the bowling of Leach. Jennings has offered something akin to a catching clinic during this Test, snaffling the ball in magnetic style. For all the discussion that remains surrounding his batting, the Durham man’s close-catching exhibition has been a treat to watch. 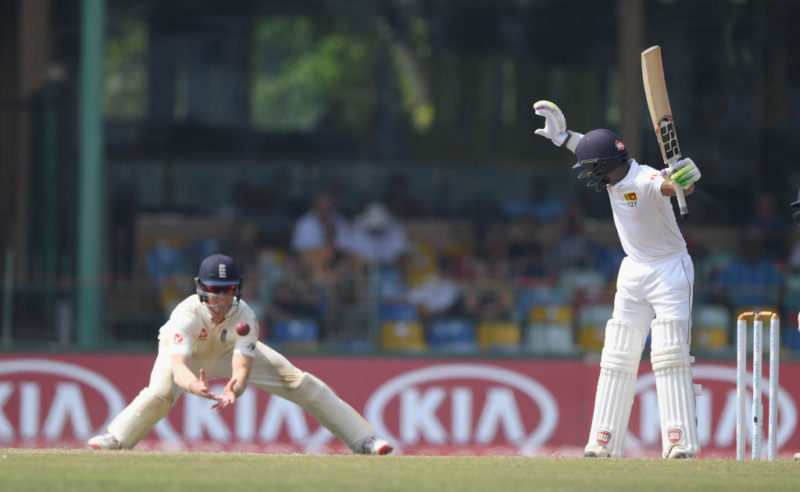 Dilruwan Perera fell to Moeen Ali for five, as Jennings added one more catch to his name, and Silva’s vigil at the crease would end two overs later, trapped in front of the crease as he looked to cut Moeen off the back foot.

Immediate joy was not to be found for the English as Pushpakumara seemed intent on going out with a bang – swinging his bat to all parts. As the scoreboard ticked along, the relaxed faces in the England side began to look a tad more tense.

Related Story: David ‘Bumble’ Lloyd: Adil Rashid a must for the England Test team
Nevertheless, some respite during the tea break seemed to do the trick, as Leach struck in the first over of the session to have Lakmal out lbw, triggering jubilant celebrations.

While Leach’s wicket brought the day to an early finish, the grinding efforts of the first two sessions certainly took their toll on the Somerset spinner.

“I am absolutely knackered,” admitted Leach. “It was an amazing game. Sri Lanka pushed us all the way. Fair play to them.

“I was just trying to get my body going again. I was keen to have the new ball in hand and get one to bite or slide on like it did. I was happy to get one and get off the pitch.”

Becoming just the third team to whitewash Sri Lanka in their backyard, Leach has certainly played his part in a historic series win for England, finishing with 18 wickets at 21.38. With Moeen Ali (18 wickets) and Adil Rashid (12) playing key roles too, the ghosts of Chennai have been put to bed.

Sterner challenges await for this England side – and the make-up of their batting line-up remains a key talking point. While Jonny Bairstow’s first-innings hundred merited his selection as Player of the Match, we’ll have to wait and see whether he will still be England’s No. 3 come the Ashes next summer.

For now, however, Root and his side should be allowed to bask in the glory of an excellent overseas victory. After all, they don’t come around very often.