Haris Sohail had laboured his way through on the first day, patiently blocking what he could and letting the others sail past.

He retained his composure on the second day, until Australia finally took the second new ball, which allowed him to start scoring more freely. Sohail scored 110, taking Pakistan up to 482 – a score he says his side is happy with.

For Sohail, it will be a day to remember because it was maiden Test ton in his sixth Test. Sohail scored at a slow rate in the early part of his innings, but there was logic behind it.

“There was a stage when the seam had practically worn off completely. They didn’t take the new ball, and it had become so soft that it was almost impossible to score runs. Even if you middled the ball, it didn’t go past the infield,” said Sohail.

“We were thinking that a session will have to come when they do take the new ball, and runs will come then. That’s what happened. When they took the new ball, we started scoring quicker (towards the end).”

The 29-year-old didn’t try to hide his delight over scoring his very first Test century: “It matters a lot because when you’re playing for your country and it’s your first Test century, it’s totally different; the first century is always significant.”

Not only was it a personal milestone, but it also helped Pakistan get to a total they’re happy with. “We have scored the runs we set out to score,” he explained. “On a pitch like this, where run-scoring isn’t easy, because it’s slow and the outfield is also a bit heavy, I think it’s a good score.” 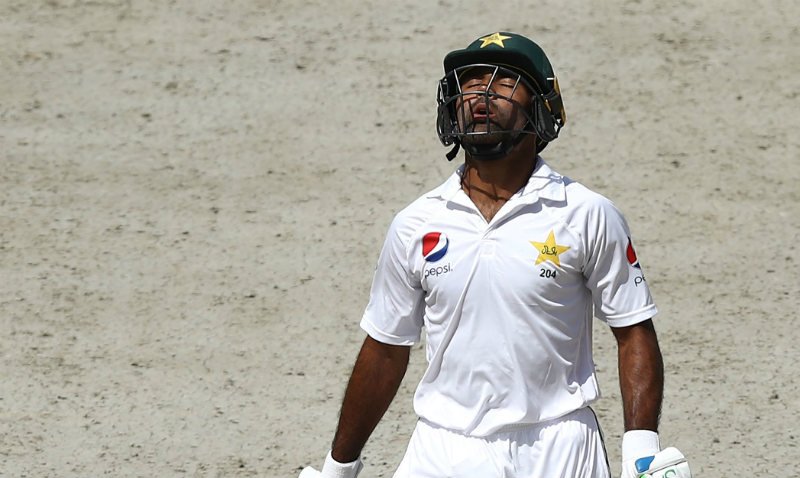 As good a score as 482 is – in response to which Australia reached 30-0 at stumps – it could have perhaps been a markedly higher number were it not for a perfect leg-break that debutant Marnus Labuschagne produced to dismiss Asad Shafiq to snap a 150-run stand between him and Sohail. Shafiq had scored 80, and seemed set for a century himself, until Labuschagne got one to turn sharply and get his outside edge, which Tim Paine pouched behind the stumps.

"They didn’t take the new ball, and it had become so soft that it was almost impossible to score runs"

Labuschagne was included more for his batting abilities, but he revealed that he’d been putting a lot of hard work into improving his bowling.

“I’ve been working on my bowling for a long time but the last three months specifically, just getting a bit faster through the air and making sure I’m bowling the right length,” said the 24-year-old. 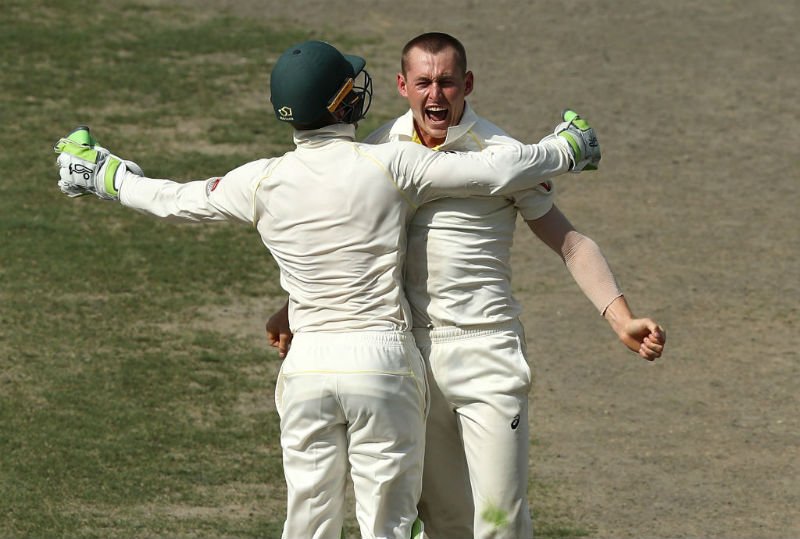 “I’ve been working on my bowling for a long time”

“I’ve been working really hard with Sri [Sridharan Sriram] and John Davison back home, making sure we get that length right. So it was pleasing to see it come off today, I was able to come on and not go for too many runs and also lucky enough to get a wicket as well.”

The Australians were made to toil for a total of 164.2 overs before the last Pakistan batsman was dismissed. Needless to say, captain Paine had to rotate his bowlers a fair bit. According to Labuschagne, his leg-spin gave the captain another dimension to work with to try and upset the ‘rhythm’ of the stubborn Pakistan batsmen.