It took David Warner 81 Tests, and a pink ball, to bring up his maiden Test triple century, one that crushed several records, and deflated the opposition beyond repair. But Pakistan’s nightmare would barely end after Tim Paine mercifully declared, with Australia having racked up 589 for the loss of three wickets, as Mitchell Starc snared four wickets in no time, leaving the visitors tottering at 96/6, 493 runs away from Australia. We pick out six moments that best define the day.

Debutants, no-ball reprieves and David Warner: there’s surely a connection. Tom Curran in 2017, Naseem Shah in the last Test, and now Muhammad Musa, all three first-timers in Test cricket who dismissed Warner, only for the decision to be overturned because of a front-foot no-ball. 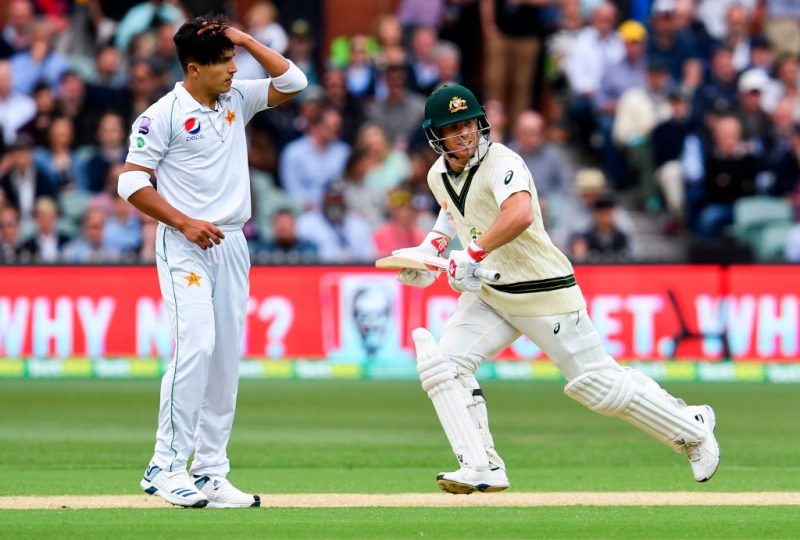 Muhammad Musa made an error that’ll sting for a long time, on Test debut

On 226, Warner half-heartedly pushed at a Musa delivery outside off, getting a thick edge that flew to Babar Azam at gully. The fielder soon realised the bowler’s folly, and Musa stood by the edge of the pitch, hand on head.

“At the moment, I am getting a bit of luck, which is good,” Warner told broadcasters, as he sauntered back for the tea break, having moved to 261, seemingly referring to Musa’s gift. By the end of it, all that luck had served him well, as he piled on another 64 runs to his score, smashing a number of records in the process.

Yasir Shah’s seven-finger sign after dismissing Steve Smith in Brisbane, a not-so-subtle brag meant to signify the number of times he had claimed Australia’s star batsman in Tests, became the precursor of a sumptuous duel in Adelaide. On day two, Smith, more assured in his movements of either foot, seemed to be easily countering Yasir, who ended up conceding 197 runs, with no wickets to his name.

Off the second ball of the 96th over, Smith received a flighted, full ball, the same kind that had led to his downfall in Brisbane. This time, instead of being stuck in his crease and getting bowled, Smith brought a confident stride out and handsomely flicked the spinner to the mid-wicket fence. Soon after, he overtook Don Bradman’s run tally and became the fastest to 7000 Test runs, before being dismissed for 36.

Before the series began, Warner hadn’t scored a Test century since December 2017. Two innings into this series, he’s accumulated 489 runs, and that horrid Ashes run feels like a distant memory. Off the first ball of the 120th over, Warner pulled a short ball from Abbas to the long-on boundary, before leaping in trademark style as he entered elite territory. It was Warner’s first 300, and only the eighth by an Australian in Test cricket.

Furthermore, it was the first in Test cricket since 2016, the first by a left-hander since Kumar Sangakkara in 2014, and the first by an Australian since Michael Clarke’s unsparing magnum opus against India at the SCG in 2012.

The only way Warner could be stopped on the day was when Tim Paine decided enough is enough and called his batsmen back in. When Warner ticked past Don Bradman’s iconic score of 334 [equalled by Mark Taylor], the Australia captain waved from the Adelaide balcony, putting a merciful end to Pakistan’s misery, with the total on 589. It gave Australia close to 30 minutes to bowl at Pakistan in the second session, but left Warner unbeaten, 65 short of the highest-ever Test score. 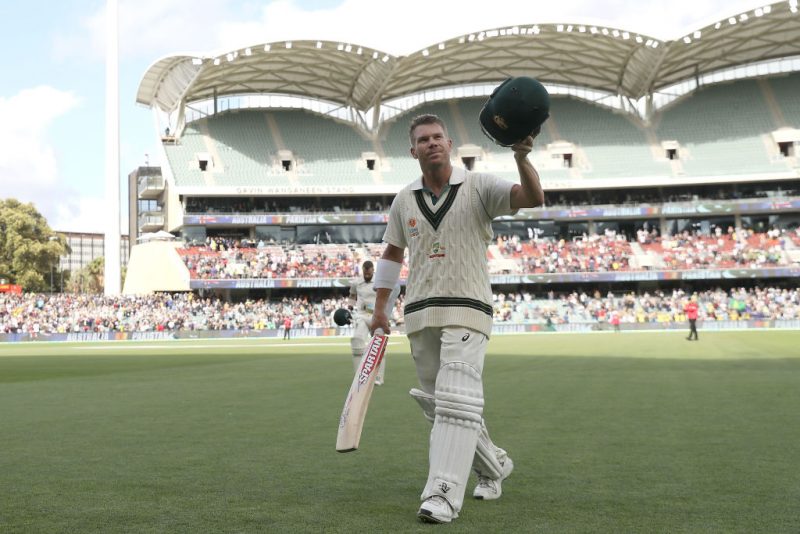 It was a polarising call from Paine. Many felt Warner was denied an opportunity, as there was enough time left in the game, and the batsman did not looked fatigued. As Warner walked off, Taylor applauded from the commentary box. How much time Australia had on their hands to get a result in their favour was further reinforced when their fast bowlers broke open Pakistan’s top order in no time.

Starc tightens the noose on Pakistan

It’s difficult to keep Warner out of the action. After slugging out for 418 balls to produce a masterclass, Warner positioned himself in the slip cordon instead of lying at the masseuse table, running and diving around, as Australia’s quicks cornered Pakistan yet again.

Already facing a mammoth task, Pakistan were now left to play the pink ball in the tricky twilight period. They cracked soon, when Imam-ul-Haq, playing his first Test since January, edged behind to one that was angled in and forced him to play.

It flew towards Warner, who quickly crouched and scooped up the edge, kickstrating a dramatic collapse that saw the visitors lose their last three wickets n the day for just 20 runs.

One cannot get enough of Babar Azam cover drives; on a day when everything seemed bleak for Pakistan, Babar pleased everyone with his eye-catching drives, ending the day on a valiant 43*. 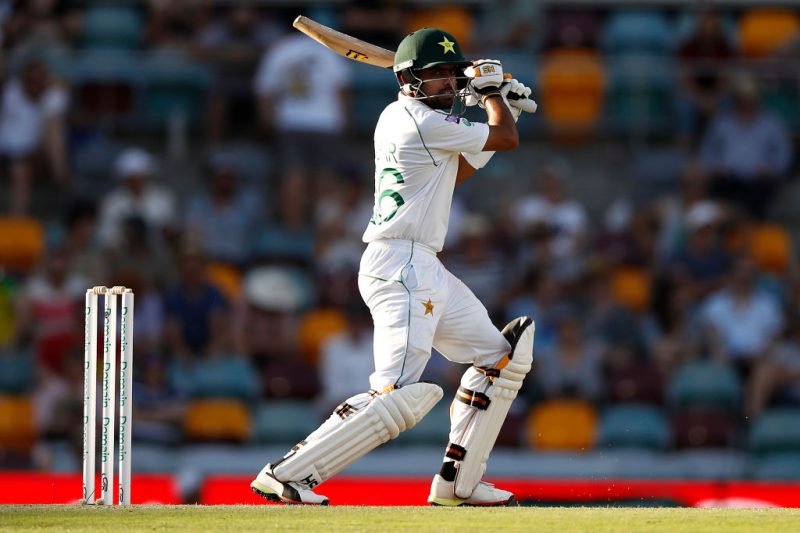 Babar Azam stood tall and played close to his body, unlike his teammates

Against Hazlewood, who ended Shan Masood’s 50-ball resistance, Babar unleashed a flowy drive, creaming a half-volley through the long-off region, on the second ball of the 21st over. Hazlewood overcompensated with his next ball, with a leg-side line, and Babar responded by clipping it with ease to the square leg boundary.

That efficiency hardly seemed to rub off on his teammates, though, as Pakistan’s batsmen kept chasing balls away from their body, and gifted edges to the ‘keeper and the slip cordon. Never did those errors spring to the surface more than in the 32nd over, when Starc delivered a double-wicket maiden, scooping up Iftikhar Ahmed and Mohammad Rizwan, who both edged behind to Paine.