Chis Woakes, Adil Rashid and Jofra Archer starred as England bowled out Australia for 223 in the second World Cup semi-final at Edgbaston, despite a gritty 85 from Steve Smith.

England made early inroads as Australia’s two leading run-scorers in the tournament, Aaron Finch and David Warner, were dismissed within the first three overs. Archer trapped Finch lbw first ball before Warner poked at a back-of-a-length delivery from Woakes straight to Jonny Bairstow at first slip. Woakes then struck again, bowling Peter Handscomb with one that nipped back into the right-hander, to reduce the Aussies to 14-3.

Steve Smith and Alex Carey, promoted to No.5, rebuilt the innings for Australia with a partnership of 103 before Adil Rashid struck twice in the 28th over as Carey, on 46, chipped one to James Vince at deep midwicket, before Stoinis was trapped lbw by a clever googly. 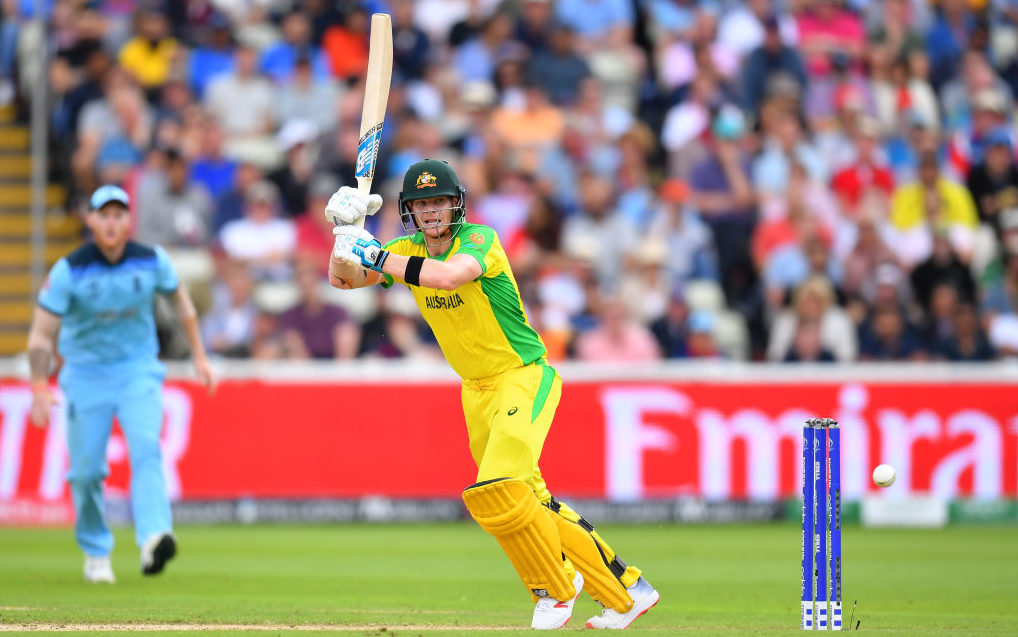 Glenn Maxwell, who has endured a tough tournament with the bat, produced an exciting cameo of 22 but was done by an Archer delivery that stuck in the pitch. Pat Cummins was then dismissed by Rashid but Smith continued, putting on a crucial 51 for the eighth wicket with Mitchell Starc, before a brilliant throw from Jos Buttler ended the former Aussie captain’s fighting knock.

Starc nicked off one ball later off Woakes before Wood finished things off with a searing yorker to bowl Jason Behrendorff.