Bangladesh captain Mashrafe Mortaza lamented the missed chances in his team’s narrow two-wicket loss to New Zealand at The Oval, maintaining, though, that his side played ‘good cricket’ and will continue to do so.

In a topsy-turvy game, one particular slip-up from wicket-keeper Mushfiqur Rahim proved to be, what Mortaza later admitted, as a possible turning point.

Mushfiqur fluffed a relatively straightforward run-out chance, elbowing the stumps and dislodging the bails before he collected a throw, during the 12th over of New Zealand’s chase of 245.

At the danger end was captain Kane Williamson, then on 8. He went on to add 32 to more to his score, combining with Ross Taylor for a crucial partnership that laid the platform for Black Caps’ second win of the tournament.

"I don’t think we should go after him. He wants to pick the ball up, but suddenly it hits his elbow. That sort of mistake happens."

Bangladesh captain Masrafe Mortaza backs up Mushfiqur Rahim after his error cost his side the wicket of Kane WIlliamson.#RiseOfTheTigers pic.twitter.com/NRugGdxnxq

Defending Mushfiqur, Mortaza said: “Mushi, I don’t think we need to go after him, because it can happen with anybody, because was he also trying hard to get him.

“That throw was straight, and then as a keeper, it’s very difficult to find if it is straight or not. He wants to pick the ball and suddenly it [the stumps] hit his elbow, I guess.”

“It could have been anything if we were going to score big, we have to take all those chances. But it’s part of the game. It’s happened. No one wants to make this mistake. But I think still, I think the big, big mistake (was) done in the batting, I think, get set and get out.” 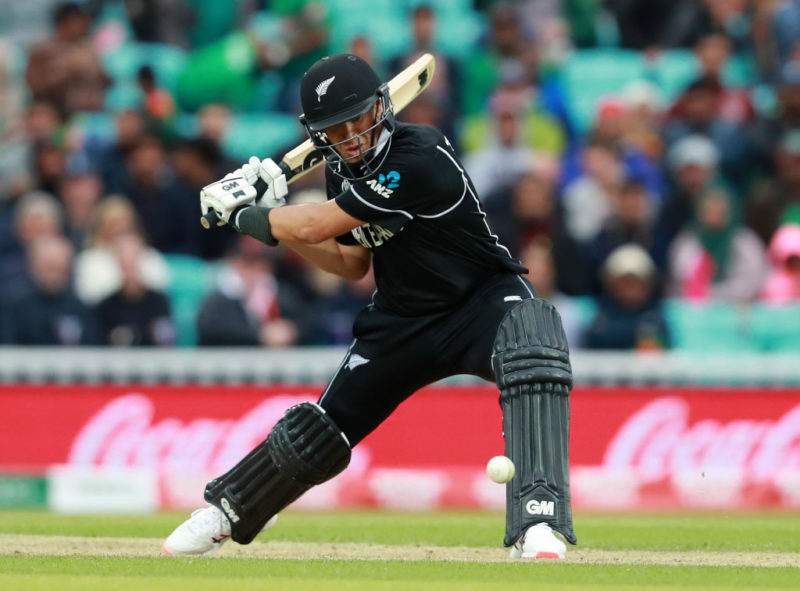 Williamson’s partner in the crucial 105-run stand was Man of the Match Taylor, playing his 400th international game. Despite a late charge by the Bangladesh bowlers, Taylor’s dogged knock ensured that New Zealand prevailed. He later admitted that the Kiwis were lucky to have survived a few close calls.

Mortaza was quick to bring the focus on their next game, against hosts England, calling the Eoin Morgan-led outfit “one of the biggest sides in the tournament”.

“We should bring some of the positive stuff we get from here. I think they [England] are one of the biggest sides in this tournament. It’s not going to be easy, we know that. But again, if we can play our best possible cricket, you never know.” 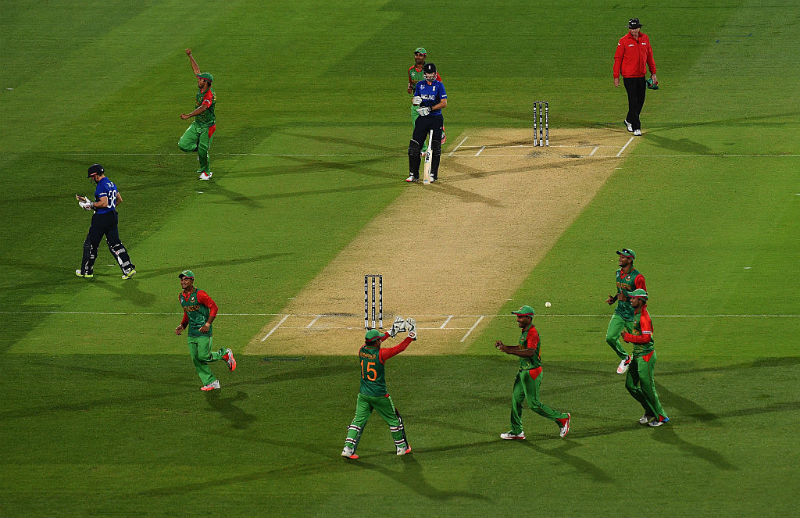 Bangladesh have won two out of their three World Cup fixtures against England, managing surprise victories in the 2011 and 2015 editions

Bangladesh have won two out of their three World Cup fixtures against England, managing surprise victories in the 2011 and 2015 editions.

Mortaza’s side had ample support from the crowds at The Oval, as did the Black Caps, something which Taylor admitted was ‘fantastic’ for a neutral venue.

“I guess when it’s a neutral venue, we know what we’re going to expect when we go to Chittagong, Dhaka, going to be great crowds and great support,” Taylor said, “But I thought it was fantastic. I thought the way they got behind both teams, that’s what World Cups are all about.

“Quite often when you do play a neutral game, it can be a little lull on the crowd, and there was a lot of Kiwis out there that were giving us a lot of support.”