Porterfield took on the Irish captaincy in 2008, leading the side on 253 occasions. He holds the distinction of being Ireland’s first male Test captain, having led the side in their three Test appearances so far.

The 35-year-old said: “I feel, and in consultation with Cricket Ireland, that now is the right time to hand over that mantle.”

Balbirnie, who made his Ireland debut in 2010, has made 123 appearances for Ireland and had experience as a skipper with Ireland Wolves and Ireland U-19s. 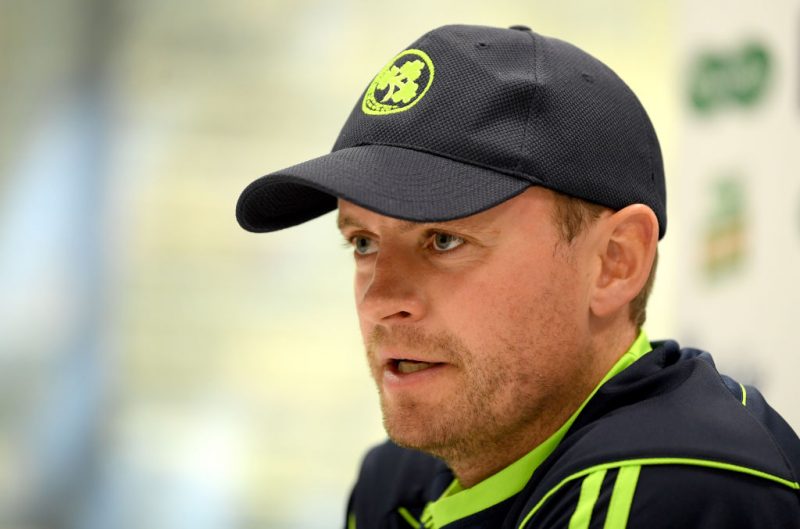 Porterfield, who plans to continue his international playing career, added: “With the ODI league starting in the summer it will allow Balbo time to get into the swing of things. I feel that the selectors have made a great choice in appointing Balbo and that it has come at a great time for him personally being on top of his game, and with more to come.

“Having spoken to him, I know how honoured and excited he is to get going. I’m looking forward to helping and supporting Balbo in any way I can, and seeing him lead Ireland forward.”

Balbirnie hailed the opportunity as an “absolute honour” and had plenty of praise for Porterfield.

“Since 2008 William [Porterfield] has been an amazing leader on and off the field, not just to me but anyone who has been lucky to represent Ireland,” Balbirnie said. “Taking over from our greatest captain will certainly be a hard act to follow but one I’m looking forward to getting into. William still has a huge role to play in this team going forward and I look forward to working with him over the next couple of years.”

Balbirnie first assignment as Ireland skipper will be their ODI series away to West Indies in January 2020.

Analysis: Balbirnie natural successor to one of cricket's greatest captains

William Porterfield should go down not just as Ireland’s greatest captain, which he undoubtedly is, but as one of the most impactful in cricket’s history. He took over not long after the victory against Pakistan which, in hindsight, is what kickstarted Ireland’s incredible rise over the last 12 years. But at the time it was just one victory, a single shoot of promise that Porterfield has helped nurture into a forest, comprising a burgeoning first-class competition, central contracts for men’s and women’s cricketers, and an ascension to Full Member status of the ICC, all of which were built on the back of the international side’s success. There have been some stunning victories along the way, against West Indies in 2015, and unforgettably, against England in 2011. But Porterfield’s proudest legacy is that Ireland’s greatest achievement is surely yet to come.

His successor, Andrew Balbirnie, Ireland’s great batting hope, has long been groomed for the role, and this year he has truly come into his own as an international batsman, averaging 47.25 in ODIs, including a monumental 145* against Afghanistan which counts among the finest knocks by an Irishman. Should he start well in the position, it might not be long until he takes up the T20I mantle too. Gary Wilson’s career stats – an average of 21.79 and strike-rate of 107.94 – do not make for pretty reading, and those numbers fall to 14.40 and 96.00 in his 11 innings in 2019, while Ireland will be keen to give the highly rated Lorcan Tucker, currently serving as the backstop’s back-up, an extended run before long.