Steve Smith is facing the prospect of being sacked as captain of Australia after admitting to orchestrating a ball-tampering scheme on Day 3 of the third Test between South Africa and Australia in Cape Town.

Cricket Australia chief executive James Sutherland has initiated an investigation saying  he was “shocked and extremely disappointed”. The Australian Sports Commission, the government agency responsible for Australian sport, said Smith should be removed as captain immediately.

“Given the admission by Australian captain Steve Smith, the ASC calls for him to be stood down immediately by Cricket Australia, along with any other members of the team leadership group or coaching staff who had prior awareness of, or involvement in, the plan to tamper with the ball.

“This can occur while Cricket Australia completes a full investigation.” 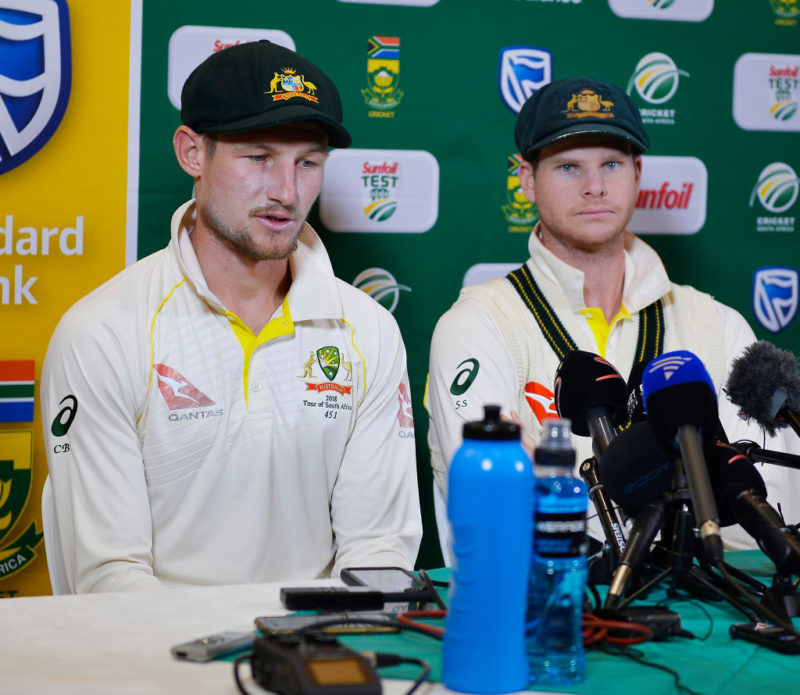 Bancroft and Smith own up at the press conference

Smith owned up to devising the scheme – which resulted in junior player Cameron Bancroft being charged with the ICC’s ball-tampering offence – in an extraordinary press conference after the close of play. He said that he and the team’s “leadership group” – believed to include David Warner, Nathan Lyon, Mitchell Starc and Josh Hazlewood – decided at the lunch break to rough the ball up illegally to encourage reverse-swing and chose Bancroft – the team’s most dispensable player – to do the work. Smith stressed that Darren Lehmann was unaware of the plan, although TV footage showed Lehmann sending a message to the field via walk talkie apparently warning that the cameras were on to Bancroft, so initiating the ham-fisted cover-up that saw Bancroft place the dusty tape down his pants.

In the joint press conference, Bancroft told journalists: “I have been charged with attempting to change the condition of the ball. 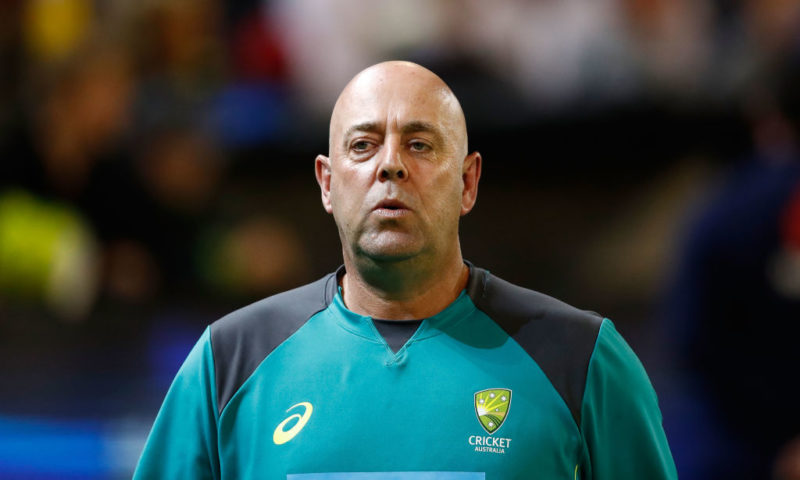 “We had a discussion during the break and I saw an opportunity to use some tape, get some granules from rough patches on the wicket to change the ball condition. It didn’t work.”

Smith acknowledged that his reputation had been compromised. “I’m not proud of what’s happened [and] it’s not within the spirit of the game. My integrity, the team’s integrity, the leadership group’s integrity has come into question and rightfully so. It’s certainly not on and it won’t happen again, I can promise you that, under my leadership.”

He initially dismissed any questions over his captaincy. “I still think I’m the right person for the job,” he said. “I take responsibility as the captain, I need to take control of the ship, but this is certainly something I’m not proud of and something that I can hopefully learn from and come back strong from. I am embarrassed to be sitting here talking about this.”

WHAT THE …….. HAVE I JUST WOKEN UP TO. Please tell me this is a bad dream.

Smith rejected suggestions that the Australian team had used foul play previously to produce the prodigious reverse-swing demonstrated by the likes of Starc.

“I can promise you this is the first time it’s happened,” he said. “We saw this game as such an important game. Not that other games aren’t important as well but as an opportunity. We’ve seen the ball reversing quite a lot throughout this series and our ball just didn’t look like it was going to.”

The question as to whether Smith should be sacked has been addressed by various respected Australian commentators. But given that all the team’s other most senior players were apparently in on the plan, they are short on options for a replacement. For example, David Warner, the vice-captain, was one of the conspirators and has been embroiled in other disciplinary transgressions on this very tour.

What I find appalling in all this is the Youngster got given the Job .. Was it because someone in the team had been accused of using Hand tape for a similar affect !!!!!!! So they wanted someone else to take the mantle …. Disgraceful behaviour by senior pros … #SAvAUS

Michael Clarke, Smith’s predecessor as skipper, said: “I can’t believe they have got the young kid playing in only his eighth Test to do that,” he said. “As a leader, you can’t ask somebody to do something that you’re not willing to do yourself. You can see that Smith is shattered.”

In the shorter term it is Bancroft who will pay a price. “I was in the vicinity of the area when the leadership group were discussing it,” he said. “I’ll be honest with you, I was nervous about it because with hundreds of cameras around that’s always the risk, isn’t it? I sit before you today and I’m not proud of what’s happened.

“I was in the wrong place at the wrong time and I want to be here because I’m accountable for my actions. I’m not proud of what’s happened and I have to live with the consequences and the damage to my own reputation.”