Cheteshwar Pujara, the India batsman, has amassed 521 runs in seven Test innings on the tour of Australia, remaining at the crease for a remarkable 1867 minutes.

The right-hander has three centuries against his name, including a magnificent 193 in the fourth and final Test at the Sydney Cricket Ground.

Cheteshwar Pujara has been the biggest difference between India and Australia this series and he's not got bored of scoring runs just yet. https://t.co/7sB1qnzK1r

The 30-year-old revealed that a clear mind and concentrating on the moment are tactics he uses to bat for long periods of time.

“I try and keep my mind blank. For me, batting is like meditation. If you have any thoughts in the middle then you can’t concentrate for long periods,” Pujara told Fox Cricket.

“Whenever I am at the non-striker’s end, I try to have a blank mind. Not to think about anything, just enjoy the moment and still be aware of what is happening around me.”

Cheteshwar Pujara gets his third hundred of the series, but Australia strike back with wickets of Kohli and Rahane.
Follow the final session on day 1 ⬇️ #AUSvIND https://t.co/eaCQ8IqbFf pic.twitter.com/qEHN2w0vY7

Pujara believes that his training in the domestic circuit in India helped develop him into the patient and consistent batsman he is today.

Related Story: ‘There is no fight’ – Gill shrugs off competition with Prithvi Shaw as he eyes Test debut

“I have been able to score big runs in domestic cricket. When you score big runs, you develop that concentration, that habit of staying at the crease for longer periods. That habit has helped me,” he said.

“The kind of bowlers I was facing when I was young, they got me used to the pace. That habit of facing good fast bowlers at a young age takes away your fear.” 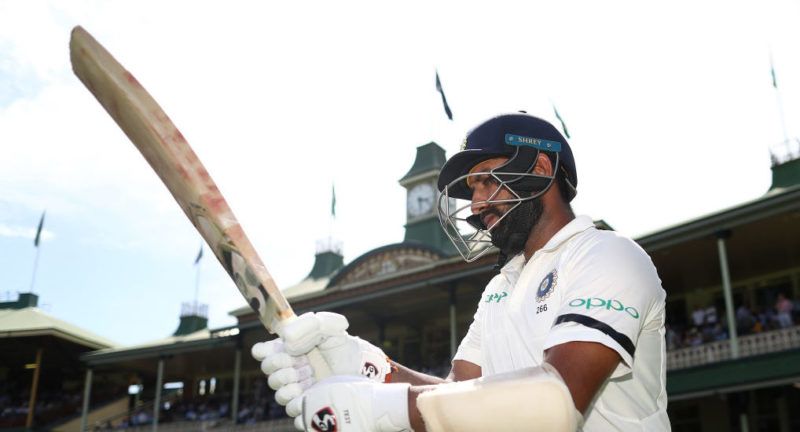 “For me, success is about practising well and preparing well”

The right-hander, who has recorded four centuries and four half-centuries in Tests in the last 12 months, is fourth on the ICC Test Rankings for batsmen. He attributed his success this season to consistent practice, saying that it is “the most important thing”.

“For me, practice is the most important thing. My father has told me one thing – you cannot get out in the nets. If you create a habit of playing a loose shot in the net, it will automatically come in the match,” he insisted.

“For me, success is about practising well and preparing well.”