Aaron Finch, and his Australian side, capped a splendid tour of the United Arab Emirates with a victory in the fifth and final ODI against Pakistan to sweep the series 5-0. The win was Australia’s eighth on the trot.

Australia had won just three ODIs since January 2018, but then came back from a 2-0 deficit against India to take the series 3-2. They carried that confidence into the Pakistan games, and destroyed a depleted home team struggling to showcase its bench strength.

Finch led those efforts, with 451 runs in five matches, including two centuries and two fifties. He batted at an average of 112.75, his highest in an ODI series. “It was probably my most consistent [series] as a player, as a batter,” he said after the fifth game on Sunday, March 31. “I think if you look back through my career, there’s been times when I’ve got a couple of hundreds and there will be some really low scores in there as well.

“It was nice to get a good start each game, and still kicking myself at a couple of chances, couple of 40-50 that could have gone on to be really big, match-winning scores. But it was nice to start the series really well and set the tone early.

“I think the consistency that we have had over the last little while, even in the games that we lost in India – the first couple of games, we still played some really good cricket. We just lost the crunch moments, especially in the second game. But since then, any time the game has been in bounce, someone’s put their hands up and taken that opportunity, taken it upon themselves to win the game or win that contest and put us in front. That has been the most pleasing thing.” 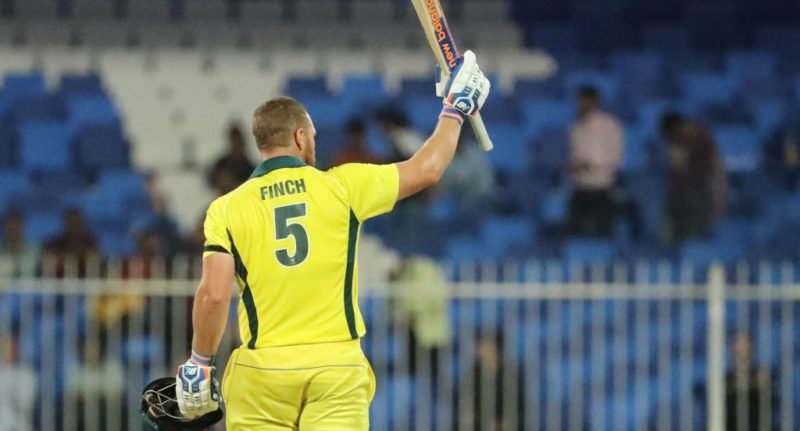 “It was probably my most consistent [series] as a player, as a batter”

Australia have scored 270 or more in seven of their last eight ODIs, showcasing their strength with the bat, despite the absence of Steve Smith and David Warner. Such performances have made it harder for team management to figure out a path back for the duo ahead of the World Cup.
Related Story: Warner & Perry the big winners at the 2020 Australian Cricket Awards

“When you are building towards something and you have changed a bit of your strategy and game plan, it can take a little bit of time for you to develop,” Finch said. “Once the boys started believing and you have a little bit of success, see some things going your way, you buy into it a bit more, you believe in it a bit more till you win a game, till you win a series, and then you have that ultimate buy-in, and everyone’s on the same page.

“A couple of really good chases as well, which is something that’s been really pleasing recently that we’ve been able to chase 360 in Mohali [on the India tour] and then 280-plus twice in Sharjah on wearing wickets was a real positive both times.”

Do Smith and Warner face a battle to get into the Australian World Cup squad?https://t.co/ybct9KgLkN

With Usman Khawaja impressing at the top of the order – 567 runs in his last eight innings – and Warner punishing bowling attacks in the IPL – he currently holds the Orange Cap – Australia have a serious selection dilemma at the top of the order. In the middle order, Smith, Peter Handscomb, Glenn Maxwell, and Ashton Turner are in a tussle for spots.

How will Australia handle this conundrum? “I think that would be down to what’s best for the team,” Finch said. “What fits best, what looks best on paper to start with, and then you go from there. Everyone who has had an opportunity over the last couple of months has really put their best foot forward and played some great cricket.

“Again, there will be a lot of conversations, with players, with myself, with JL [Justin Langer, the coach] about pros and cons for all scenarios. That will be for all 18-19 players that are in contention. Actually, it could be more: 20-21 players. [We are] going to try and find the right balance for the squad, as opposed to emotional or on-the-spot decisions. But at the end of the day, there are going to be some really tough calls.”