Pat Cummins has been waxing lyrical about fellow Australian paceman James Pattinson ahead of this summer’s Ashes series.

Australia are set to announce their final Ashes squad on Friday, and have been preparing for the series with an intra-squad match in Southampton, where Pattinson has impressed, taking four wickets for 35 runs over the course of two innings.

The 29-year-old has struggled to find fitness over the past few years. His most recent Test match came in early 2016 — his last Ashes Test was at Lord’s in 2013, when Joe Root opened the batting and hit his second Test century. 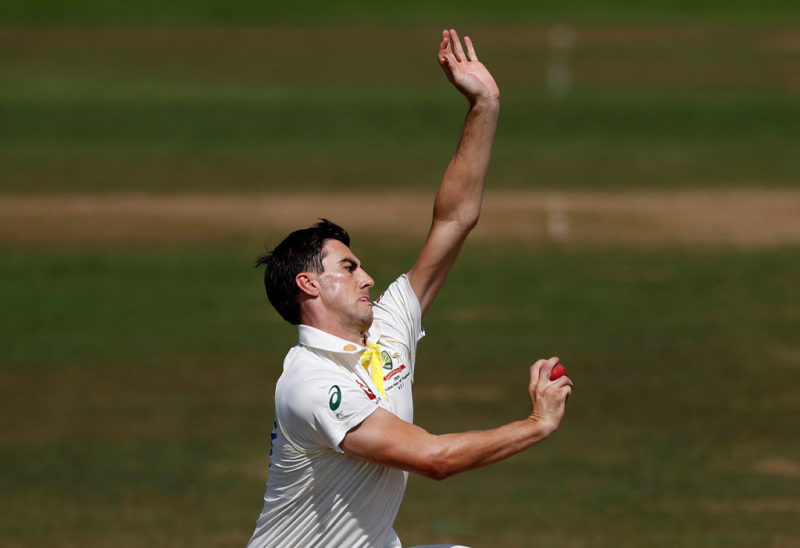 “I think we are blessed at the moment with riches,” said Cummins, who has been a regular fixture in Australia’s bowling attack over the last two years. “As long as I’ve been playing, Patto’s always been around and unfortunately hasn’t had great momentum the last few years.

“You hear from guys playing him in state cricket, and who’ve faced him in the nets, about how well he’s been bowling. When he’s on fire, he looks that class above. His Test record so far is brilliant. Unfortunately, he hasn’t played for a few years.”

“I haven’t played a lot with him to be honest. In terms of changes, I haven’t seen a lot. I think, if there’s anything, he’s a bit more patient. He still gets fired-up but he’s not trying to blast teams away. He’s confident in his body and getting through 20 overs in a day and just bowling good areas. When he’s up and running, he looks as good as anyone else in the world I reckon.”

James Pattinson is back 👀👀

Australia’s match at Southampton has been a bowler-friendly affair, seeing thirty wickets fall in the first two days. It leaves Australia with something of a selection headache, with an array of fast-bowling talent at their disposal.

“Hopefully, we get some wickets where it’s going to swing and seam. I’m excited,” said Cummins, turning his attention to the Ashes series. “I think the last six months we’ve bowled with the white ball, knowing that once we get the Dukes ball, hopefully it will swing a bit more and be able to adjust to that.

“We know not every Test match the ball swings around, but you feel like you’re always in the game.”