Dale Steyn copped some heavy punishment on his comeback to serious cricket, going for 80 runs in his ten overs for Hampshire against Somerset in a One-Day Cup match on Wednesday, June 6.

Batting first at Southampton’s Rose Bowl, Hampshire scored 359/6, but Somerset put in a fantastic run chase, getting past the target for the loss of seven wickets off the last ball. Johann Myburgh (71), Peter Trego (100) and James Hildreth (56) did most of the scoring for Somerset, who pulled off their highest 50-over chase in the process.

Steyn was the most expensive of the Hampshire bowlers, but all the other bowlers also went at over six an over, with Mason Crane conceding 73 runs from his ten overs and Chris Wood giving away 58 from eight overs. 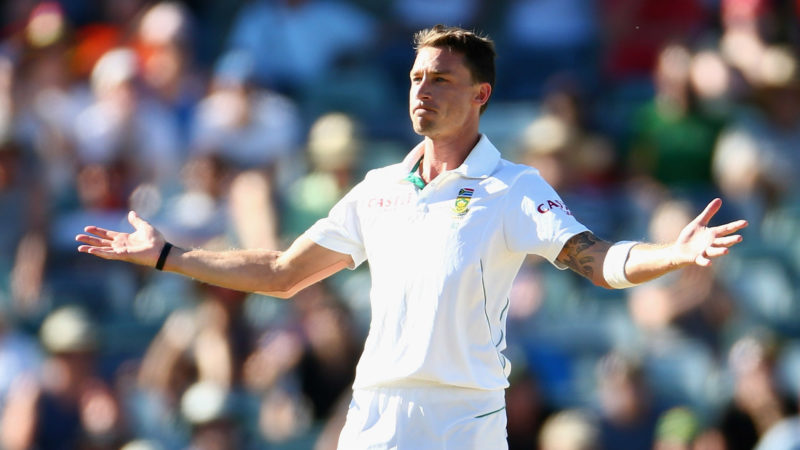 Steyn bowled at good pace in his first representative game since the first Test against India in Cape Town back in January 2018. Steyn had returned to the South Africa team for the first time since he fractured his shoulder in the Perth Test against Australia in November 2016, but could bowl only 17.3 overs before hurting his heel.

Related Story: Dale Steyn says he has ‘no skill’ in comparison to James Anderson’s abilities

He had been out of action for almost six months before turning out for Hampshire, and it turned out to be an unhappy experience for him even though he picked up the wicket of Roelof van der Merwe in the penultimate over of Somerset’s chase.

“I thought he bowled well especially at the end,” said James Vince, the Hampshire captain who scored a 93-ball 109. “Up front he went for a few but also had a few dropped off him which could have affected the way he went.

“He only got off the plane a couple of days ago so hopefully he only gets better and better the longer he stays with us. He is a great bowler in all formats. He is a great asset to have and hopefully builds on today.”

Prior to the Somerset game, Steyn had told the Hampshire website that he was happy with his recovery and was hoping to get back on the field “and play a bit of cricket”.

Related Story: How Dale Steyn ‘got lucky’ with his career-best 7-51 in Nagpur

Steyn, just two wickets shy of Shaun Pollock’s South African record 421 Test wickets, is hoping to get in the side for the tour of Sri Lanka next month.

“South Africa tour Sri Lanka in July so I felt that June was a great time to come and play some cricket,” he said. “I haven’t played much cricket since I broke my shoulder. Just to get back on the park was pretty important – I’ve watched these (last) two years just wash away.”